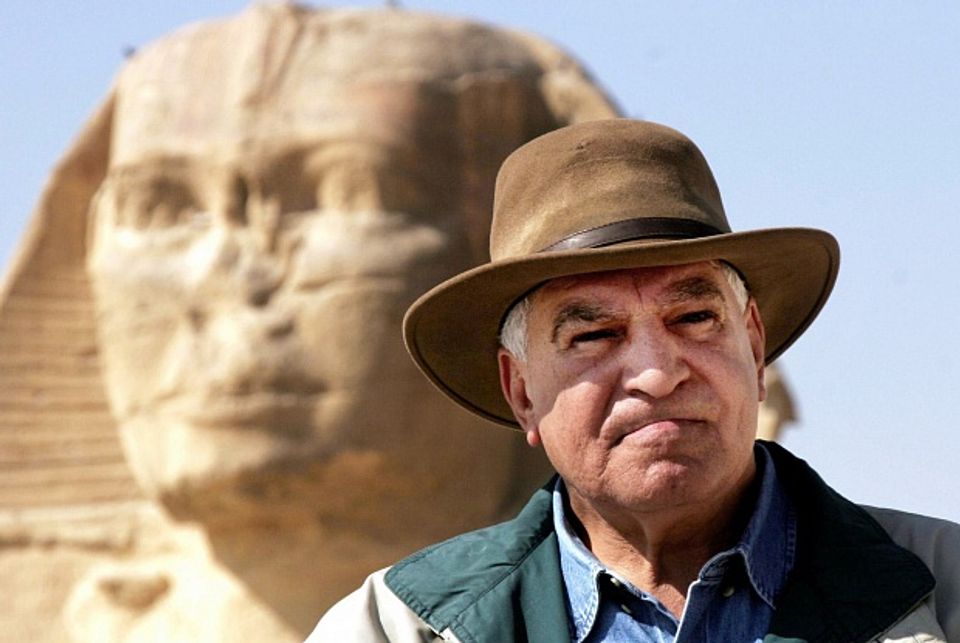 Zahi Hawass, Egypt’s head of antiquities and now a minister in the transitional government, is facing major challenges, both in protecting the country’s heritage and over his personal position.

On 31 January, three days after the protests which had resulted in a mob entering the compound of the National Museum, Hawass was appointed minister of antiquities, in a new ministry (previously it had fallen under the ministry of culture). Most of Hosni Mubarak’s ministers have remained in post under the transitional military government, although the political situation was very much in flux as we went to press.

Hawass’s promotion gives him greater authority to protect museums and sites, but it inevitably involves him in Egypt’s volatile politics. On 6 February, five days before Mubarak stepped down, Hawass stated that “all Egyptians, with no exception, are for democratic, constitutional and economic reforms”. But in a comment that he may now regret, he added that Mubarak “is capable of ensuring a peaceful and democratic transition of power”.

The looting at Egypt’s National Museum shows that its disaster planning is woefully inadequate.

The museum’s location at the north end of Tahrir Square, close to Mubarak’s party headquarters, meant it was in a vulnerable position throughout last month’s protests. When a mob broke into the grounds on 28 January, there seem to have been few guards or tourist police on duty.

Around 1,000 people entered the compound. The vast majority looted the gift shop, with perhaps around ten entering the main building through a glass roof. They broke 13 glass showcases and 70 antiquities were damaged. Ten arrests were made, the army and police seized control quickly and the building was also then further protected by a cordon of citizens.

On 2 February Hawass stated that “nothing had been stolen”, and it was not until ten days later that he admitted that eight important antiquities were missing. He has not explained why it took so long to discover and announce the losses.

The missing items include two gilded, wood statues of Tutankhamun, one of him carried on a goddess and the other wielding a harpoon (part of it was left behind). The remaining thefts were of a limestone statue of Akhenaten, a statue of Nefertiti, a sandstone head of an Amarna princess, a stone statuette of an Amarnan scribe, a set of 11 wooden shabtis (funeral figures) and a heart scarab. One of the shabtis and the scarab were found in the museum grounds a few hours after Hawass’s announcement.

Of the damaged items, the most important was a statue of Tutankhamun on a panther, which Hawass said had been “used to smash other showcases”. The pharaoh’s left arm was snapped off and the panther was broken off at the legs. A walking stick of Tutankhamun lost much of its coating of gold leaf.

A gilded cartonnage (plastered fibre) band from the mummy of Thuya was damaged, along with statues and shabtis belonging to Thuya and her husband Yuya (great grandparents of Tutankhamun). Ancient wooden models of a boat and a group of Nubian archers were partly broken, as was a statue of an Amarnan pharaoh. Two mummified skulls were thrown onto the floor.

Outside Cairo, there have been thefts from archaeological stores. At Qantara East, on the Suez Canal, armed thieves seized an undisclosed quantity of antiquities belonging to the Port Said Museum. At Tuna el-Gebel, between Cairo and Luxor, two mummies are feared lost.

On 11 February the store in Dahshur, 40 kilometres south of Cairo and the site of an important group of pyramids, was looted. This incident is particularly disturbing as it happened two weeks after the initial losses, meaning that the danger persists. There may also have been other unpublicised losses.

For Hawass, one of the most difficult decisions will be the reopening of the National Museum. The government is likely to want this to happen soon, both to send out a message about normality and to encourage the return of international tourism (the museum is the country’s second largest attraction, after the Pyramids). But while remedial repairs can be quickly carried out, security will remain a major long-term concern to Hawass and museum director Tarek El Awady.