The $25m initiative is meant to put local artists back to work, through $5,000 grants, public art commissions, and a painting and performing art partnership with city schools 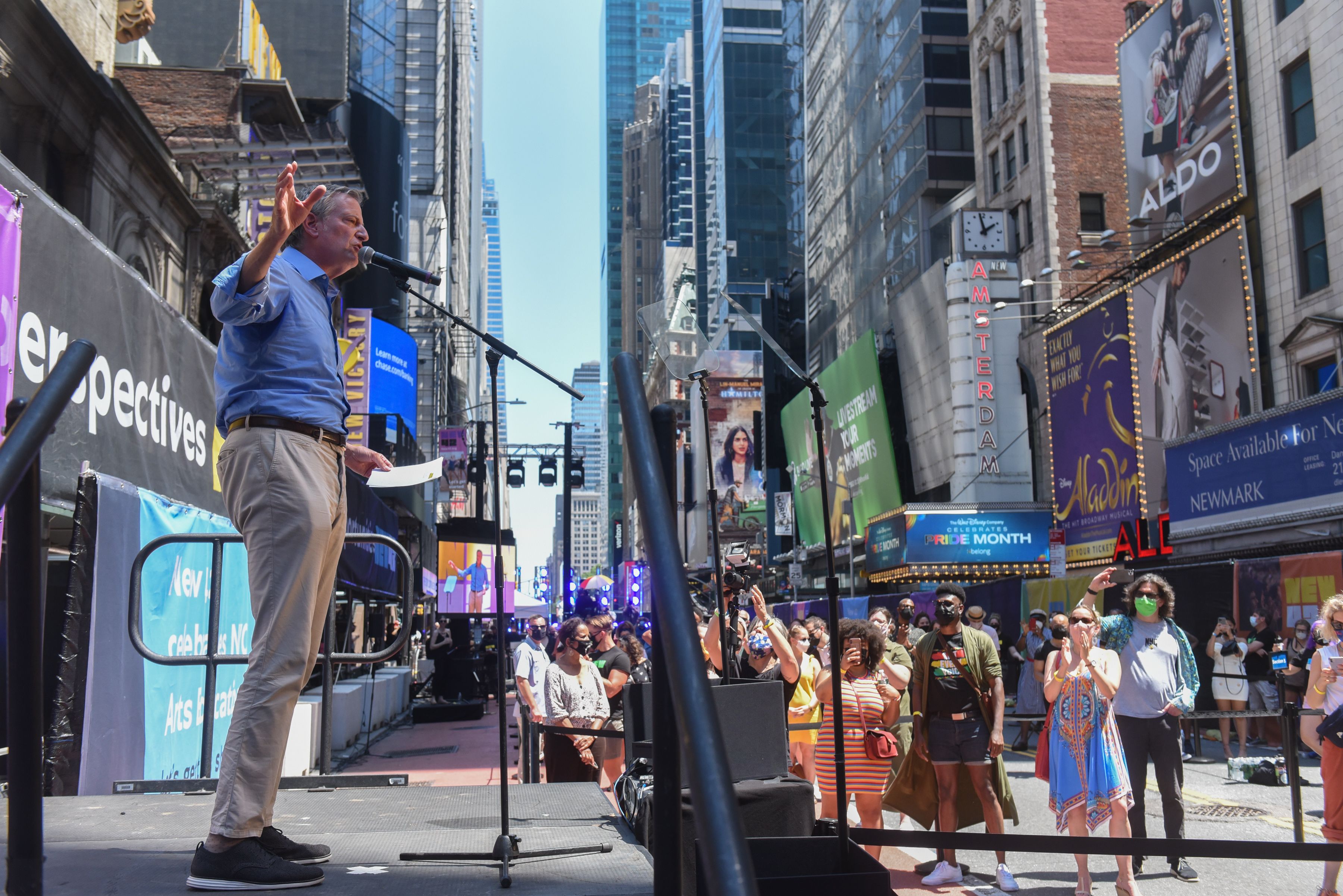 New York City’s Department of Cultural Affairs announced the details today for the City Artist Corps, a programme that will invest $25m to put local artists back to work and offset their financial difficulties in the wake of the coronavirus pandemic. Mayor Bill de Blasio and city cultural officials first announced the initiative’s launch in May, but this is the first time that plans regarding how the funding will be spent have been made public. The three initiatives announced so far include one-time $5,000 grants for artists, a plan to commission public art works, and a painting and performing arts partnership with city schools, with further projects due to be revealed later this summer.

“So many artists struggle to make ends meet even in the best of times, but they've been hit so hard by the pandemic,” De Blasio said during a press conference today. “We're going to hire artists, musicians, performers. They're going to be out in communities doing public art, public performances, pop-up shows… so many different elements at the grassroots, creating murals, you name it. We want to give artists opportunities and we want the city to feel the power of our cultural community again.”

To start things off, the city is distributing a series of one-time $5,000 grants to more than 3,000 New York-based artists through a partnership with New York Foundation for the Arts (NYFA). Applications will open from Tuesday (8 June), with grants to be awarded as soon as July. Artists of any discipline are eligible, though all applicants must propose a project with an element of public-engagement. Information on how to apply can be found on NYFA’s website.

As part of the programme, the New York City Housing Authority (NYCHA) is also working in partnership with the nonprofit ArtBridge to commission public artworks from 60 artists as part of their Bridging the Divide initiative. These works of art will include temporary public murals on sidewalk sheds and construction fencing throughout the city’s public housing projects. Application information is available on ArtBridge's website, and applications are open until 28 June. Artists who live in NYCHA housing or have strong connections to specific NYCHA communities will be prioritised for these commissions.

And finally, the Department of Education will work with more than 400 artists and 200-plus New York City schools to give students an opportunity to work on collaborative murals and performing arts activities. Students from kindergarten through 12th grade will be able to take part in the Summer Rising Mural and Performing Arts Partnerships, and enrollment information can be found on the NYC Schools website.

“As New York City begins to re-open, we are seeing more and more people out on our streets, rediscovering what made them fall in love with our city in the first place. The talent lent to us by the City Artist Corps will further beautify this place we call home,” said Deputy Mayor for Housing and Economic Development Vicki Been in a statement. “With murals designed by local artists spread throughout the five boroughs and performers permeating our streets with their talent, our city’s recovery will be more palpable and personal than ever before.”