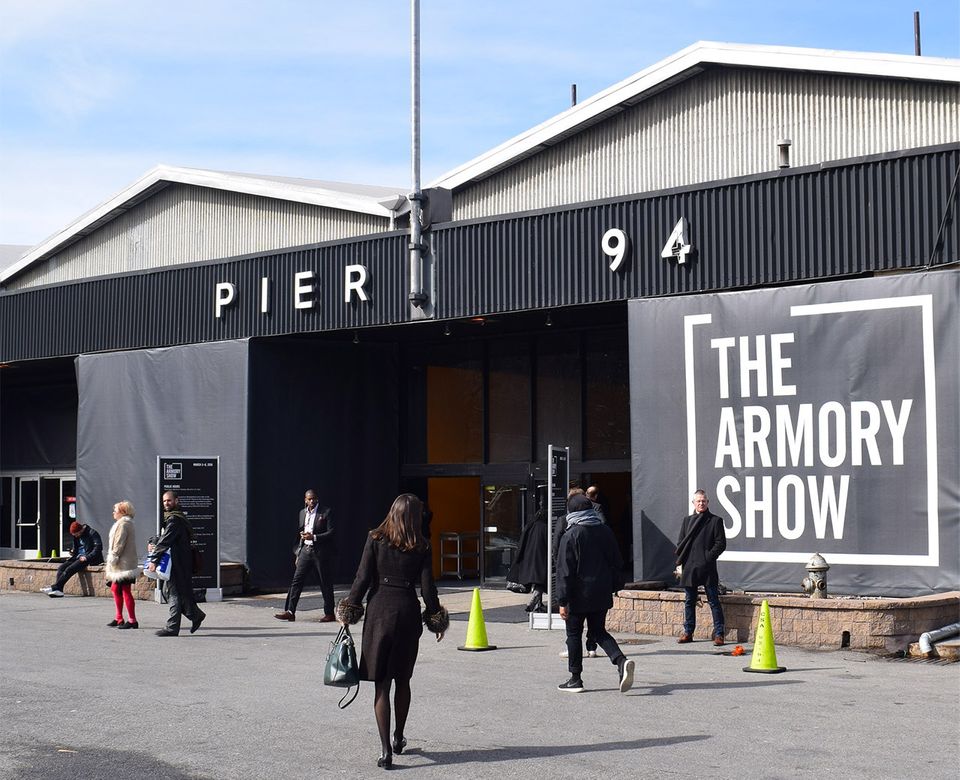 Courtesy of The Armory Show

The Armory Show announced today that it will have to relocate around a third of its exhibitors due to structural issues at its usual location, Pier 92 in Manhattan’s Chelsea neighbourhood, just over a week before it is due to open its 25th edition (7-10 March). Its sister fair, Volta, which is located at Pier 90 and runs concurrently with Armory, has been suspended in order to accommodate the displaced exhibitors.

Spanning Piers 92 and 94, the Armory moved its location to the west side waterfront location in 2001. Volta, which focuses on more emerging galleries, launched a New York edition at the piers in 2008, three years after it started in Basel, Switzerland. Though similar in layout, unlike Pier 92, Pier 90 has been fully renovated recently. Volta’s 78 exhibitors and its sponsors will be fully reimbursed, according to the the fair’s artistic director, Amanda Coulson.

“For the last 36 hours, the Volta and Armory Show teams have been working collectively on finding solutions to these circumstances,” Coulson says, adding that they concurred that the Armory’s Pier 92 exhibitions should be moved while they “brainstormed” a solution for Volta. She noted that presenting a modified version of the fair “would be a disservice to our galleries, the artists or the visitors”.

Given the haste in which the decision needed to be made, a new date for the next New York edition of Volta has yet to be set. Ken Tan, a director at Manhattan's Marc Straus gallery, a first-time exhibitor at the New York edition of Volta, confirmed that he had only learned of the fair’s suspension this afternoon. “We’re still planning what the next steps will be for us,” he says. “It’s unforeseen and unfortunate but the Volta organisers have been responsive and helpful so far.”

Yet for other Volta exhibitors from further afield, the last-minute cancellation might leave some in the lurch financially due to sunk costs on shipping and logistics, regardless of booth re-imbursement.

Kim Light, the co-owner of the Los Angeles-based gallery E.C. Liná says shipping can be "a nightmare" and that "we were already having trouble getting the work we were planning to show [at Volta] to New York in time, so we decided to just take it with us on the plane". She and her business partner made a snap decision to show with Spring Break Art Fair, which also runs during Armory Week, but this still requires pricey changes to their flights in order to arrive a day earlier in time for installation. "Ours is a best-case-scenario situation, all things considered," Light says. "My heart goes out to international exhibitors", who face steep customs costs.

Indeed, 38 of Volta's 78 exhibitors are based outside of the US. Jonathan Schwartz, the chief executive of the art shipment brokerage Atelier 4, says: "So close to the move-in date, it’s probably too late for many dealers who have already shipped their artworks, especially internationally. Others will be canceling their land transport, so there is a domino effect here from the fair to the dealers to the service providers."

Though Pier 92 has been known to be deteriorating for a while, The Armory Show organisers were alerted to the now-severe safety issues by New York’s Economic Development Corporation after a routine inspection just two days before the announcement was made. Pier 92 was set to house around 60 galleries participating in the fair's Focus, Insight, and Projects sections located on the pier; The Armory Show is expected to remunerate the displaced dealers, though the terms have yet to be discussed.

Of the move Pier 90, Armory exhibitor Hollis Taggart says it proves an "unexpected curveball" but "not a disaster overall" for his booth in the fair's Insight section. While the gallery might face a few financial losses by having to retool their exhibition plan so close to date, "the new booth layout is similar enough, it's just a little further down the piers. I suppose the people who really want to come will make the extra quarter of a mile trek". Shuttle service and a covered walkway will be available for visitors to make their way between the piers. The portion of Pier 92 that is not over water will remain open and serve as a VIP area. The 135 other exhibitors, located in the adjacent Pier 94, will not be affected.