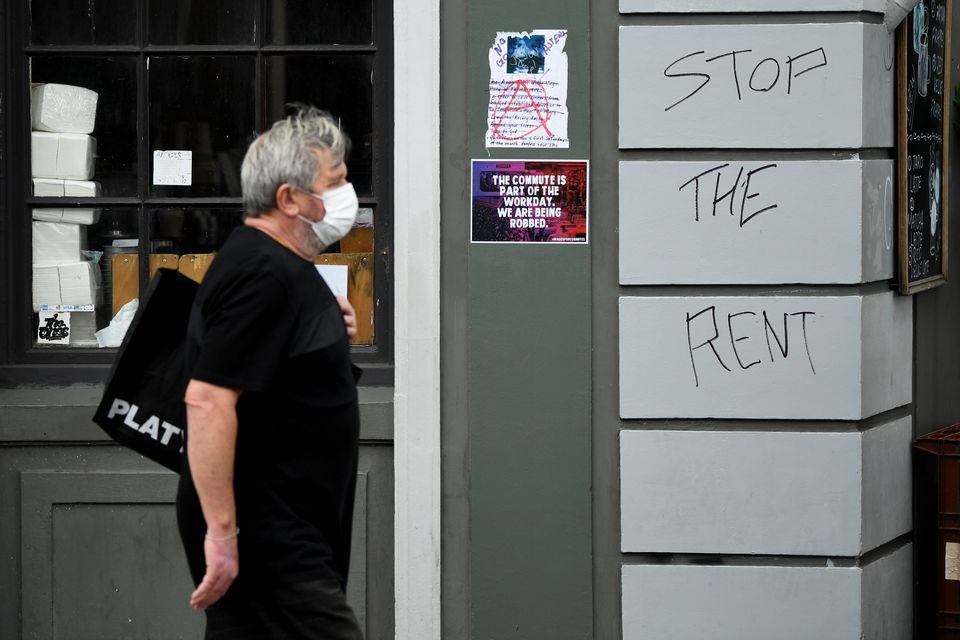 Calls for rent suspension are being echoed around the world due to the Covid-19 crisis. Joel Carrett/EPA-EFE/Shutterstock

As non-essential businesses remain shut in New York while the city attempts to slow the alarmingly fast rise in coronavirus (Covid-19) cases, many small galleries that are closed for the foreseeable future are anxious about being able to pay their April rent. Even if they can afford it, others are wondering whether it is the right choice to continue renting their spaces given the unforeseeable economic future.

Talk of a possible city-wide rent freeze in light of the pandemic has not yet been met with legislative action, and many galleries say their days are numbered without government intervention soon. Should no aid come, some are ready to rent strike.

“We’re in a weird limbo where the state has closed our businesses but still expects us to pay up,” says Allegra LaViola of Sargent’s Daughters on the city’s Lower East Side, who has yet to reach out to her landlord—with whom she is on good terms—to ask what options she may have in covering her monthly rent in excess of $10,000. She splits that amount between two other galleries that share the retail space, Shrine and Shelter, as well as an artist who has a studio in the building.

LaViola renewed her lease last year for another five years. “I don’t want to risk hurting the relationship at a time when it’s not desperate,” she says. But she fears desperation could come in as little as three months. While she is “very in favour” of a rent freeze, she is worried about withholding payment for April.

“I’m basically waiting for some sort of official word from the government on rent relief before deciding whether we pay,” she says, adding that, as the primary leaseholder, she would be liable if the other tenants were unable to pay. “Commercial leases in New York are very unfavourable to the tenants, especially when it comes to non-payment.”

Most dealers, however, say they do not know their landlords and, without legislation to protect them, do not know what recourse they might have to seek rent relief.

“The practice of creating barriers between landlords and their tenants is a big part of the problem here, as it enables distance from the lives that the landlords directly profit from,” says Elyse Derosia of Bodega, who has rented the gallery’s space on Rivington Street since 2014.

With a monthly rent of around $4,000 for both exhibition and storage real estate, Derosia says she does not have direct access to the building’s landlord and has instead been in contact with the building owner’s management company about a possible rent reduction.

While Derosia says the management company has been “kind and sympathetic”, it does not have the power to make any decisions regarding rent and therefore, without any update from the landlord, "we are expected to pay,” she says. “As we saw in the 2008 bailout, crises like this are too easily opportunities for creditors and large corporations to exploit the situation and consolidate wealth.”

New York State Governor Andrew Cuomo enacted a 90-day mortgage freeze for property owners last week due to Covid-19-related financial losses, yet a similar reprieve for renters has not yet been granted. The governor also placed a moratorium on evictions for three months, but the measure does not prevent building owners from filing eviction notices in the meantime, meaning that tenants with backlogged non-payments would face steep costs and possible eviction once it is lifted.

“Is it better to pay while I can and hope this shutdown situation lets up or face $50,000 worth of payments in July if I don’t?” LaViola says. “The second option I already know I can’t do.”

“I am in the fortunate position—this month anyway—of being able to pay my bills,” says Gabrielle Giattino of Bureau, where she pays $8,200 per month. “Looking a bit in the future, though, I don’t know if I will have that liquidity.” She notes that her building’s management company has acknowledged openly they cannot evict her for late or non-payment.

Is help on the way?

State senator Michael Gianaris of Queens introduced a new piece of legislation, Bill S8125, last week, which aims to provide relief to residential tenants and small businesses (of fewer than 100 employee) in response to the outbreak of Covid-19. The bill also includes mortgage relief for landlords who would not be able to collect rent. So far, the New York bill has more than 20 co-sponsors and has garnered support from federal lawmakers like New York Representatives Alexandria Ocasio-Cortez, Nydia Velazquez and Carolyn Maloney. Presidential candidate Bernie Sanders tweeted his support for the bill on Saturday and New York City Mayor Bill de Blasio has said he will also work with the state on a possible plan.

Yet the bill has yet to receive much recognition from the governor, who is often at odds with de Blasio and counts among his biggest supporters the Real Estate Board of New York (Rebny), largely comprised of developers who would potentially stand to benefit if Bill S8125 did not pass. Among the board’s members are property developers and art collectors Aby Rosen and Jerry Speyer, who is chairman emeritus of the Museum of Modern Art. In his 2018 gubernatorial re-election campaign, Cuomo’s largest New York donor was identified as Rebny.

“Money is all this country seems to care about,” says David Fierman, who owns Fierman gallery, also on the Lower East Side, where his rent is low “out of necessity as much as design” at around $2,500. While acknowledging the necessity of the lockdown and current extraordinary circumstances, he says: “I don’t see why I should have to pay rent on a place I’m not even able to use per the order of the government, especially when building owners are getting a break”.

With the help of professional organisations like the New Art Dealers Alliance (Nada) and the Art Dealers Association of America (ADAA)—which are circulating petitions and offering seminars and advisement on other small business loans and funds that have been introduced recently—many dealers are actively lobbying for Senator Gianaris’s bill and pushing state and local officials for a rent freeze. 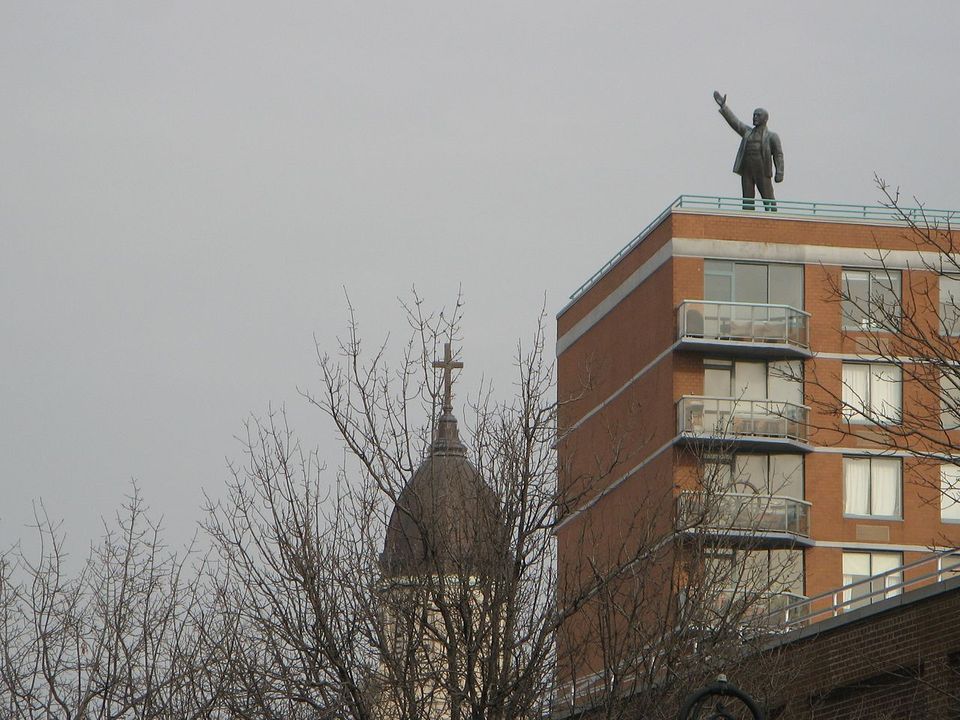 Maureen Bray, the executive director of the ADAA says rent is a top concern among its members following the Covid-19 lockdown. According to a survey the ADAA is conducting, more than 80% of galleries were forced to close in the middle of an exhibition with no immediate way of making up the losses. "We knew this would be a huge concern for any small business in New York and we’ll continue to monitor the legislation and offer resources on the changing landscape," Bray says.

Meanwhile, Giattino says there is a group of Nada members who have banded together to make call schedules “to make sure every state senator has heard from galleries” regarding rent. But, ultimately, “they all ask us to call and contact Cuomo's office,” she says.

Talking about a revolution

Despite the fact that President Trump introduced a $2tn stimulus plan last week—the most ambitious federal stimulus package in US history—$350bn of the $377bn allocated for small business relief is only available in the form of forgivable loans, for which the vast majority of small galleries with few employees and sporadic revenue would not be eligible. With unprecedented levels of support for small businesses in European countries like Germany in the wake of Covid-19 closures, New York dealers are growing increasingly discontent.

“A friend of mine who runs a gallery in Dusseldorf is being handed €15,000 from the government and here we are fighting just for a rent suspension or not to go into more debt,” Fierman says. “It’s psychological warfare—it’s the way capitalism keeps poor people poor. There’s no security. I frankly hope this is a call to revolution.”

The New York State Senate is back in legislative session today with a state budget due tomorrow, and the city’s dealers are hoping for swift action on the proposed rent freeze measures. If the New York government does not enact any rent relief for small businesses and individuals soon, some say they are considering withholding rent payments going forward.

“In solidarity we are speaking with our community and are prepared for a rent strike if necessary,” Derosia says.

Giattino is also considering a strike but will first consult with a lawyer. Perhaps fittingly, on top of her gallery is an 18-foot statue of the communist revolutionary Vladimir Lenin that was moved from the East Side's Red Square in 2017. “Make of that what you will,” she says.