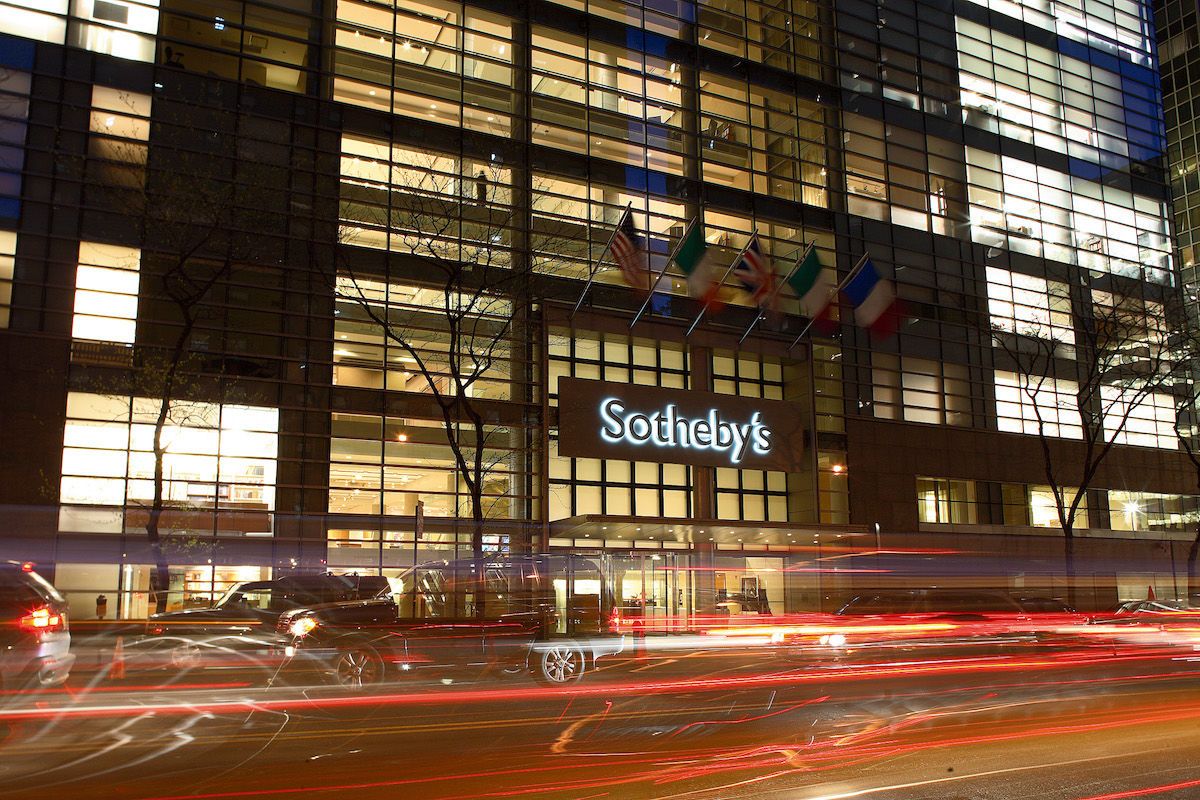 The New York Attorney General is suing Sotheby's for allegedly defrauding the state by helping an art collector avoid taxes on art purchases worth $27m in order to boost its own sales.

The 41-page complaint, filed in the New York State Supreme Court on Friday by attorney general Letitia James, alleges that Sotheby's violated the New York False Claims Act by helping an unnamed collector pose as an art dealer so they could illegally claim sales-tax exemptions intended for the art trade.

The suit alleges that the auction houses knowingly aided the creation of false tax exemption certificates, known as resale certificates, for the collector through a British Virgin Islands entity called Porsal Equities between 2010 and 2015, on the basis that the art was intended for resale.

The suit relates to a 2018 settlement in which Porsal Equities paid out $10.75m to the Office of the Attorney General (OAG) after admitting sales tax avoidance in connection with the purchase of over $50m of works of art and other goods bought in New York. Sotheby's provided evidence during this investigation.

A statement from the attorney general's office claims that in 2010 Sotheby’s "advised the collector he could use a resale certificate and helped complete the certificate, including adding the false declaration that he was an art dealer" even though "Sotheby’s knew he was actually in the shipping business." The complaint alleges that by 2015 Sotheby's "had accepted three more equally false certificates from Porsal Equities facilitated by Sotheby’s employees, despite overwhelming evidence that the collector and Porsal Equities were not art dealers and were only buying art for personal use."

The suit claims that "at least 29 Sotheby’s employees knew that the Collector and Porsal Equities were using resale certificates". Furthermore, it alleges that, at the Manhattan coffee bar Sant Ambroeus in early November 2010, a Sotheby's "KCM" (key client manager) first suggested the collector should use the certificates to avoid sales tax on art. The conversation, the suit claims, took place "in the days leading up to" the collector's purchase of a sculpture by Anish Kapoor for over $1.4m. "Sales tax on that purchase would amount to over $126,000," the complaint says.

The complaint includes a section that stresses the "intensely competitive" nature of the auction business. To back up their argument, the attorney general's lawyers quote several industry articles that make reference to the "cutthroat" competition between auction houses for business and the pressure on staff to bring in clients. The complaint quotes the 2017 book The Orange Balloon Dog: Bubbles, Turmoil and Avarice in the Contemporary Art Market in which the author Don Thompson wrote than an auction specialist is “expected to meet thirty new potential clients each year" and competition is so fierce that specialists will go to great lengths in order to forge client relationships—even throwing a birthday party for a client's child or helping them to get into college. The complaint also cites a 2018 comment published in The Art Newspaper (completely unrelated to this case) in which Melanie Gerlis wrote that “thrusting business-getters" are important in auction houses in an age when: “Gentlemanly rivalry has turned cut-throat competition—both between and within auction houses—all with the added pressure of turning a meaningful profit while winning limited market share.”

While the collector who owns Porsal Equities is not named, the Wall Street Journal reported on Friday that they are believed to be Isaac Sultan, the Venezuelan president of the Miami-based cargo shipper Atlantic Feeder Services USA, though this is unconfirmed.

“Millionaires and billionaires cannot be allowed to evade taxes while every day Americans pay their fair share,” says attorney general James in a press release. “Sotheby’s violated the law and fleeced New York taxpayers out of millions just to boost its own sales. This lawsuit should send a clear message that no matter how well-connected or wealthy you are, no one is above the law.”

But, in a statement on Friday, Sotheby's said it "vigorously refutes the unfounded allegations made by the attorney general, which are unsupported by both fact and law. This is an issue between the taxpayer and the state dating from between five and ten years ago which, as the attorney general noted in her complaint, was settled two years ago."