New York judge orders two Schiele works sent to Christie’s, where they could be auctioned 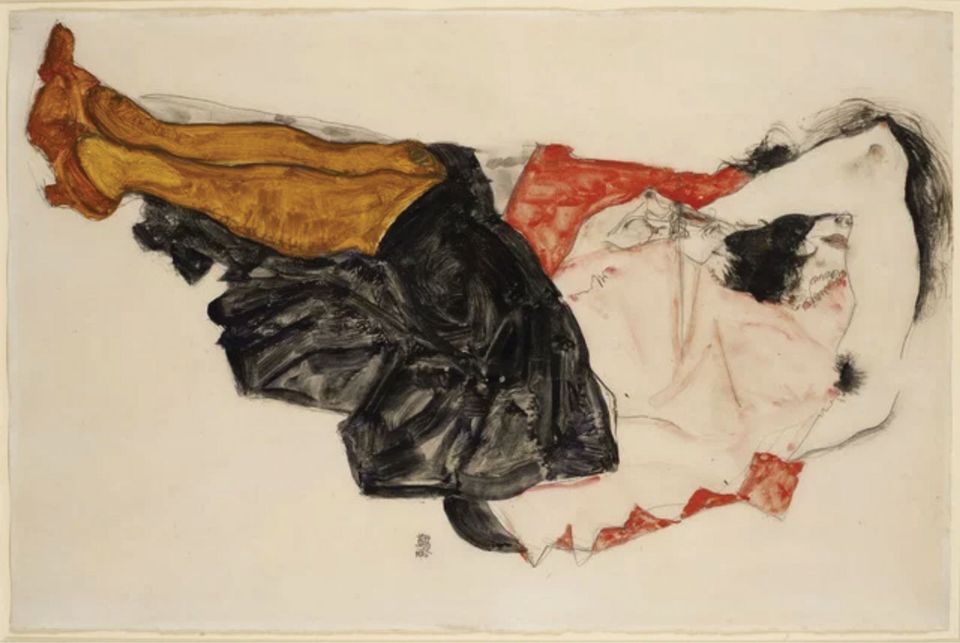 Woman Hiding Her Face (1912) by Egon Schiele, one of the works that could be auctioned in November Egon Schiele

A New York judge has ordered that two watercolours by Egon Schiele that were seized at an art fair in 2015 be sent to Christie’s, from where they are due to be auctioned. A lawyer for the sellers, Raymond Dowd, says he has a consignment contract with Christie’s to auction Woman In a Black Pinafore (1911) and Woman Hiding Her Face (1912), estimated at $5m to $7m, in New York this autumn. “We’re planning a November sale to coincide with the 100th anniversary of Schiele’s death,” he said.

The works, however, are at the centre of a lawsuit. The plaintiffs, who identify themselves as the heirs of Fritz Grünbaum, a Jewish entertainer and collector who was killed in the Dachau concentration camp in 1941, claimed the pictures in 2015 as Grünbaum’s property, saying they were looted by the Nazis. Judge Charles Ramos ruled in their favour in April, before a trial could take place, in one of the first legal tests of the new Holocaust Expropriated Art Recovery (Hear) Act. In his ruling for the plaintiffs, the judge also awarded them “damages, costs and reasonable attorneys’ fees”.

The plans for the sale at Christie’s could be premature, says a lawyer for the London dealer, Richard Nagy, who was showing the works at the Salon of Art + Design fair at the Park Avenue Armory when Dowd filed for their seizure. Thaddeus Stauber, who represents Nagy, said that he plans to appeal the judge’s decision. Until a court rules on the appeal, which could take about a year, Stauber said, clear title to the Schiele works cannot be established. “It’s very odd that there would be a signed consignment agreement with any auction house when you’ve got this cloud over the painting,” he added.

“We think the chances of an appeal being successful are zero,” countered Dowd, who hopes to expedite the process, citing the advanced age of one of the Grünbaum heirs. A representative for the auction house could not be reached for comment at the time of posting.

Nagy and a team of provenance researchers argued that the two works, which were sold in Bern, Switzerland, by Grünbaum’s sister-in-law at the auction house of Eberhard Kornfeld in 1955 and 1956, were neither owned by Fritz Grünbaum nor looted by the Nazis.

In preparing an appeal of Ramos’s decision, Stauber expects a higher court to consider research that finds no evidence of Grünbaum’s ownership or any evidence that the Nazis seized the art that Grünbaum owned. Stauber noted that the heirs offered no new evidence to challenge that conclusion.

“There is also no evidence that either work was sold under duress, confiscated, stolen or looted by the Nazis,” wrote Lynn Nicholas, the author of The Rape of Europa, in a brief to the court submitted by Nagy’s lawyers.

Nagy had called this lawsuit Bakalar II, citing an earlier case in US District Court where plaintiffs represented by Dowd lost a claim at trail and on appeal to recover a drawing owned by Grünbaum that had been acquired by a collector in Boston. Dowd attributed his side’s win so far in part to 2016’s Hear Act, which provides for a uniform statute of limitations on claims for the restitution of Nazi-looted art.