Nicaraguan government moves to tighten its grip on free expression 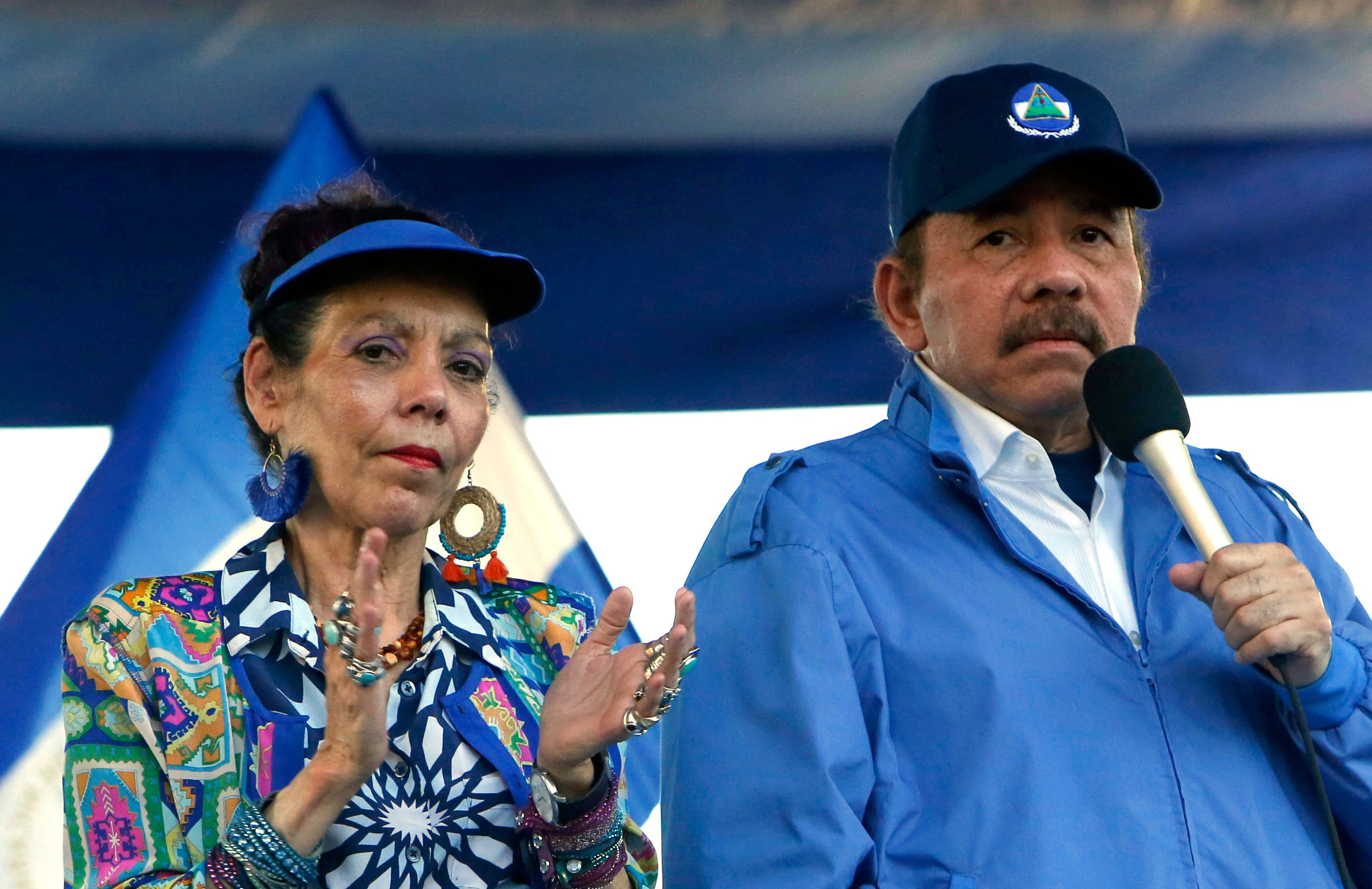 Nicaragua’s government appears set to pass a trio of draconian laws that critics say will effectively cripple freedom of speech and expression in that country. The proposed statutes include a “hate speech law” that carries a potential life sentence, an especially onerous “cybercrimes law” and a “foreign agent” law that would monitor and control individuals and organisations that receive money from abroad. All three provisions have been characterised by human rights groups as being remarkably overbroad, and could be used by Nicaragua’s autocratic President Daniel Ortega “to punish those who raise their voices against repressive policies” according to Amnesty International, ahead of next year’s elections.

The “hate speech” law was introduced to parliament by Vice-President Rosario Murillo (who is also Ortega’s wife) to address “cruel, aberrant, inhuman, humiliating, and denigrating hate crimes”. The cybercrime bill, popularly known as the “gag law,” punishes those who use communications technology to “publish” or “disseminate” “false or distorted information, likely to spread anxiety, anguish or fear,” as well as anyone who publishes “false or distorted information” that “promotes hate and violence, [or] endangers economic stability, public order or health, or national security.”

The “foreign agents” bill—widely known as the “Putin law” due to its uncanny resemblance to a law Russia passed in 2012—requires persons or entities to register as “foreign agents” with the Interior Ministry if they “directly or indirectly” receive funding from abroad. Affected individuals and organisations could include NGOs of all types, journalists working for foreign media, as well as artists or others receiving remittances from abroad who reside in the Western hemisphere’s second poorest country. The combo of repressive laws was first proposed in late September by Ortega and Murillo’s Sandinista National Liberation Front, which exercises complete control over Nicaragua’s National Assembly, with 71 of 92 seats.

“These bills appear designed to provide legal cover for the Ortega government to harass and prosecute journalists, rights groups, and virtually anyone who criticises his government,” says José Miguel Vivanco, Americas director at Human Rights Watch. “[Institutions and people] should not stay silent as Ortega tightens his grip on critical voices in the country.”

One of those of voices belongs to Emilia Yang Rappaccioli, the director of the Museum of Memory Against Impunity in Nicaragua, who is acutely aware of the threat posed to her institution by the proposed laws. “We’ve been living in a state of emergency since April of 2018,” when civil unrest broke out in the country against Ortega’s proposed social security cuts, Yang Rappaccioli says. “The government is authoritarian and intends to continue deciding unilaterally on matters of life, freedom of expression, and the rights of citizens, which is exactly what we’ve been denouncing [at the museum]: the lack of equality and the arbitrary nature of the law in Nicaragua.” Since shutting down its physical location in February 2020 due to the combined effects of government reprisals and the global pandemic, the award-winning museum has retained a robust digital presence.

Another critical voice affected by the Ortega-Murillo regime’s parliamentary crackdown is that of celebrated Nicaraguan poet, Gioconda Belli. The President of PEN Nicaragua, Belli signed onto Nicaragua’s Independent Press Forum’s recent call to denounce the pending laws. According to the recent Jaime Gil de Biedma Poetry Prize winner, the government’s legislative effort is “arbitrary and intends to close off the only spaces of free expression left, which are, of course, social media and digital publications, with these last being crucial to citizens receiving independent information from a free press.”

When asked about the direct impact such laws could have on artistic creation, the poet responded succinctly: “Of course art will suffer, especially if we are speaking about an art of protest. We hope that national and international condemnation will make the [Ortega-Murillo] dictatorship reconsider so they don’t pass this trio of laws, the effect of which will be to fully implement totalitarianism in Nicaragua.”

One such instance of international condemnation was the overwhelming 609 to 21 vote in the European Parliament on 8 October that rejected the passage of the pending laws in Nicaragua, characterising them as an effort to “further silence critics [of the government] thereby aggravating an already intolerable human rights situation”. The European Parliament has also now made clear that it is ready to follow in the footsteps of the US State Department and enact sanctions against the Nicaraguan government and its individual representatives. These would include President Ortega and his wife, Vice President Murillo, as well as other legislators responsible for the bills.