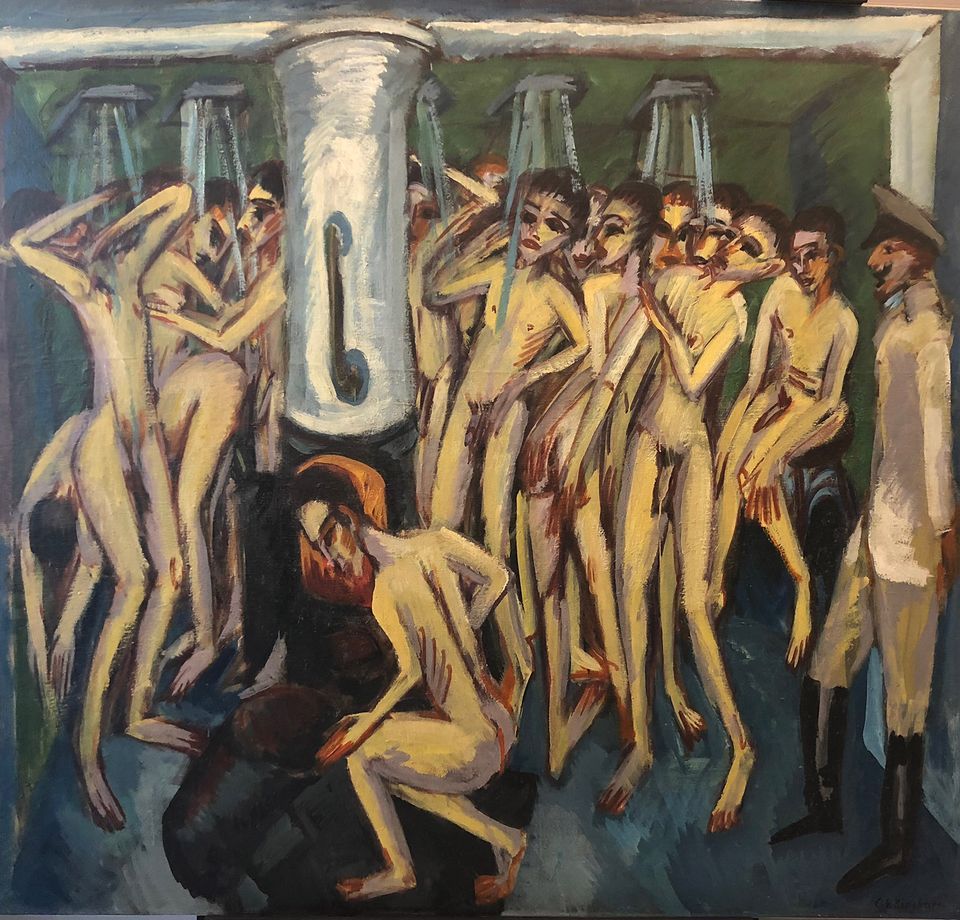 A Norwegian bank foundation that has been quietly purchasing valuable art for 17 years revealed that it was the buyer of a painting by Ernst Ludwig Kirchner that sold for $22m last year at a Sotheby’s auction in New York.

The Sparebankstiftelsen (savings bank foundation) usually operates without fanfare, buying art for Norwegian museums that they cannot afford themselves. The Kirchner painting, Artillerymen (1915), was acquired for the National Gallery in Oslo. The museum closed in January and is moving its collection to the new National Museum, which opens in 2020. In the meantime, Artillerymen will, from today, be shown at the National Gallery of Denmark for a year.

“Instead of having it in storage in Oslo, we are very happy and proud to have it on display in Denmark,” says Oda Wildhagen Gjessing, the curator of the Sparebankstiftelsen’s collection.

Kirchner’s Artillerymen, the most expensive acquisition the Sparebankstiftelsen has made so far, was sold at Sotheby’s in New York after the Guggenheim Foundation restituted it to the heirs of Alfred Flechtheim, a Jewish dealer persecuted by the Nazis.

The savings bank foundation was established in 2002, when Gjensidige NOR Sparebank was converted into a limited liability company. The authorities decided that any capital not owned externally should be owned and managed by a foundation. The Sparebankstiftelsen supports arts and cultural projects as well as acquiring art for museums.

All the works in its collection are allocated to Norwegian museums as loans, which can be renewed every ten years. Last year’s budget for museum acquisitions was 199m krone ($23m).

“Norwegian museums unfortunately have limited budgets for acquisitions, so we are happy to contribute,” Wildhagen Gjessing says. “We mainly concentrate on Modernist art from the first half of the 20th century that is not already included in the Norwegian museum collections. Important areas for us are German Expressionism, Dada and Surrealism, Kurt Schwitters, Andy Warhol and female avantgarde artists.”

Other recent acquisitions include a work by Max Ernst, Fôret et soleil (1926), which is part of a Dada collection on permanent loan to the Henie Onstad Art Centre just outside Oslo. In 2017, the Sparebankstiftelsen purchased Barbara Hepworth’s sculpture Curved Form (Bryher II) (1961) at Christie’s for ₤3.3m.