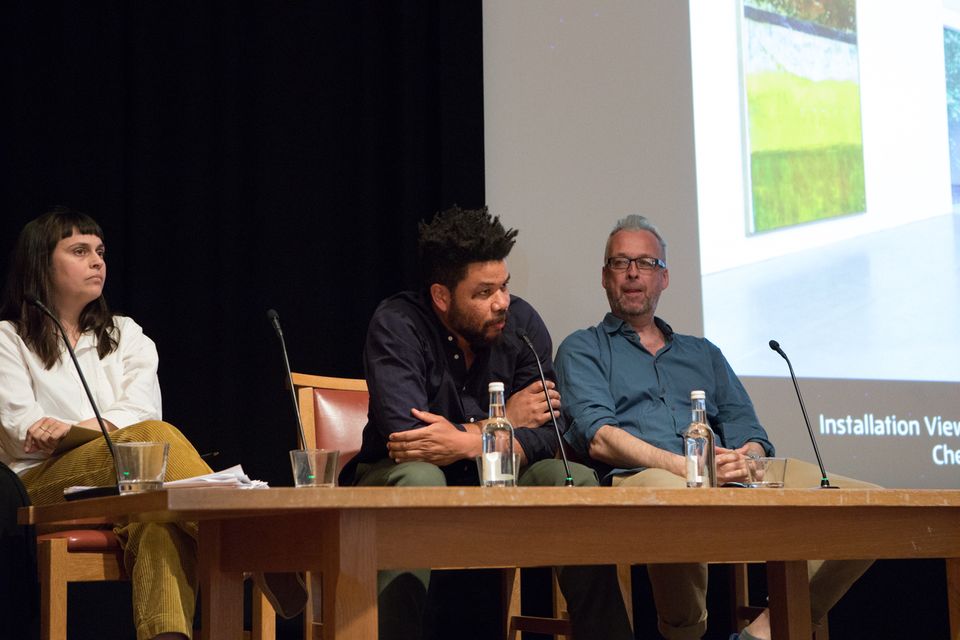 Turner Prize nominee Oscar Murillo made a blistering attack against Tate Britain on Saturday, describing its retrospective of the Guyana-born British artist Frank Bowling as “disappointing” and “ridiculous”. Frank Bowling: The Possibility of Paint are Never-Ending (until 26 August) opened last week to positive reviews. The show spans six decades of his career through around 60 works.

Speaking at a seminar on Bowling organised by the Tate, the Colombian artist said that the show should be bigger and more in-depth. "It makes me think about Okwui Enwezor who had the brilliance to really bring Frank’s work to the surface,” Murillo said referring to the late curator’s 2017 exhibition Mappa Mundi on Bowling at Haus der Kunst in Munich where he was director. “I'm really disappointed, the Tate has done a ridiculous job in really trying to rescue a situation that is embarrassing [Bowling has not had a major UK show before]." Murillo expounded on those comments on The Art Newspaper Podcast, released on Friday, saying that he's "not having a go" at any single individual or curator but at the "structural system" and at "the lack of discourse and depth around [Bowling's] work". He added: "I say these things completely unfiltered because [...] I think the artist deserves to be recognised and to be given a broader platform. The institution is using tokenism and instrumentalising the moment to highlight this artist, but is also incredibly failing at it."

Responding to Murillo’s criticism that the show fails to sufficiently address Bowling’s heritage, Elena Crippa, the curator of the exhibition, said: “All his life—through his work and his writing— [Bowling] rejected being categorised or pinned down as being either a black artist belonging to the Windrush generation or anything else. And I truly believe that what the work does is speak about multiplicity, and the beautiful works, produced over six decades, do the work themselves.”

Alex Farquharson, the director of Tate Britain said in a email to The Art Newspaper after the event that: "We welcome views from all our visitors and especially other artists. Frank Bowling has always refused to be defined by restrictive labels and has pursued forms of expression which are nuanced and open-ended. We worked closely with the artist throughout the process of making this major exhibition, a comprehensive survey of his artistic career which speaks to his rich, transatlantic life history spanning London, New York and Guyana." 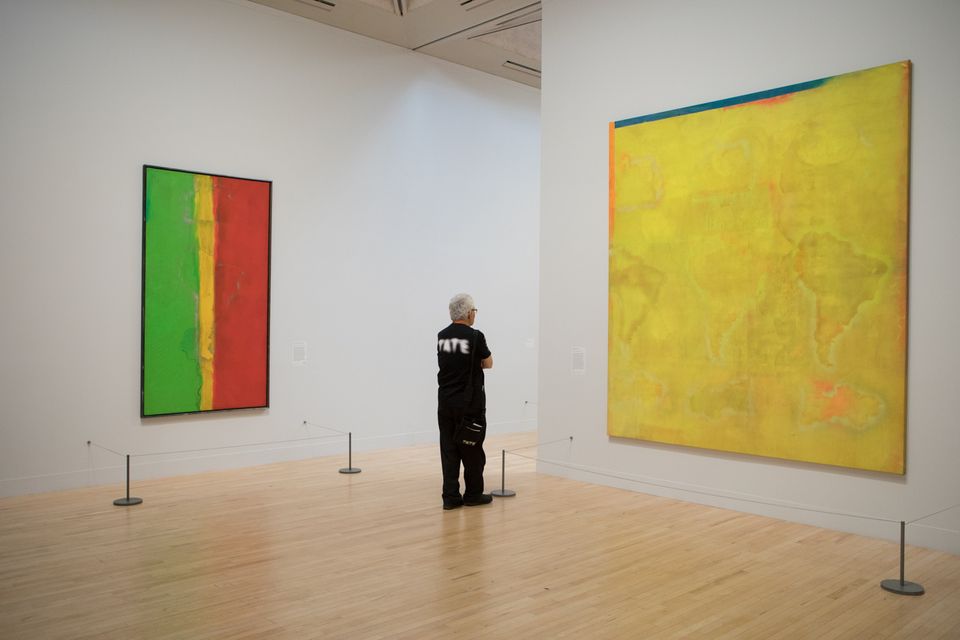 Born in British Guyana, South America, in 1934, Bowling moved to London when he was 19 years old as part of the mass migration to the UK from the Caribbean after the Second World War. After serving in the Royal Air Force, he eventually enrolled at the Royal College of Art where he studied alongside David Hockney and RJ Kitaj. He then split his time between London and New York where he became a teacher. However, despite having a solo show at the Whitney Museum of American art in New York in 1971 and being the first black artist to be elected a member of the Royal Academy, the 85-year old artist has never had a major UK show.

In a recent interview with the BBC, Bowling said: “I waited for such a long time for [the exhibition] to happen that when it was announced, I was told that it would be an exhibition that I wanted, but I quickly found out that once more the [difference in the] language between myself and people like the Tate. I hear one thing and they think they've said something else. It turns out it's going to be a Tate show and not mine.” According to the BBC, Bowling said he wanted the show to focus purely on the formal aspects of his work rather than his life story and race. “There was a new thing that was sprung on me about black and Asian art in England, I don't know what black and Asian art is; I know what art is art.” Bowling did not respond to a request for further comment.

Murillo told The Art Newspaper after the event that, “it's nice that [Bowling] is getting some recognition, but it's not good enough. I'm not getting into dreamy conversations about painting; the moment is so much more urgent. In parallel to conversations about art there are things that are fundamentally important. I respect the work that all these people [at the museum] do, but ultimately they are positions centred in Western conversation, and yes, you can factually claim that Bowling made his work here or in New York, that's very evident, but the soul of his work is somewhere else. I want to push for much more diversity, much more understanding, because it's important; it's important to be as broad as possible. I want more.”