Object lessons: a Bellekin nautilus shell, an Achrome by Piero Manzoni and a seascape by Emil Nolde Nautilus Shell with the Rape of Europa by Cornelis Bellekin Sotheby's

During the 17th century, trade and exploration created a demand for exotic objects such as shells from foreign seas, which were imported to Europe and worked over by artisans. This large nautilus shell was carved, engraved and signed by the Dutch master Cornelis Bellekin, a leading shell carver of the period. Christopher Mason, the head of the auction house’s Old Master sculpture department, notes that this work “is particularly rare because of its size and well-preserved helm”, and adds that its “remarkable virtuosity can only be fully appreciated when handling the delicate shell’s thin walls, which have been carefully worked into a mesmerising relief”. The artist removed the outer surface of the shell, revealing its pearlescent layer underneath, and incised what are likely Greek mythological scenes on both sides; one may be the goddess Diana and various nymphs, while the other appears to show the rape of Europa, the mother of Cretan king Minos. The silver mount was likely added in the 19th century in Germany. The piece was shown once, in 1982 at the Waldorf Astoria Hotel in New York, as part of an exhibition of Netherlandish fine arts, and has been kept in a private Dutch collection since that year. Similar shells by Bellekin can be found in the Louvre in Paris and Waddesdon Manor in Buckinghamshire, among other important collections. 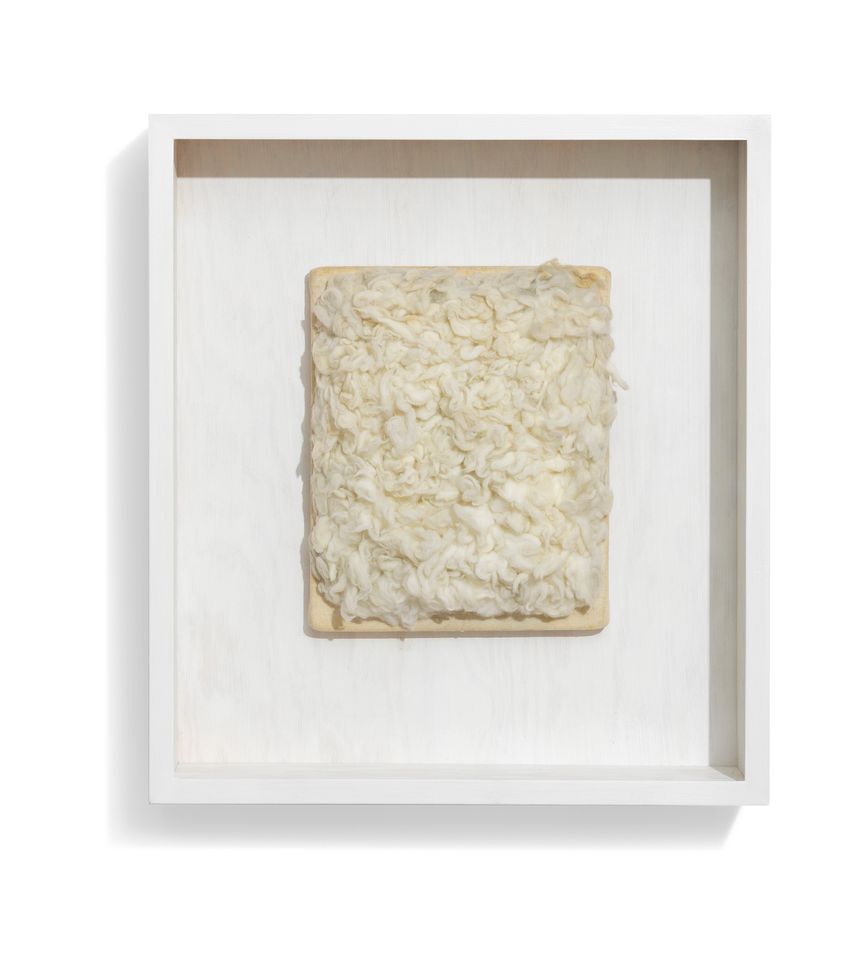 In the late 1950s, the Italian conceptual artist Manzoni developed a series employing mixed materials like textiles, wood and sometimes glass and kaolin to create textured but achromic works, a deliberate rejection of Abstract Expressionism. These caught the attention of the shirt manufacturer and arts patron Aage Damgaard in Herning, Denmark, who invited Manzoni to explore them further in a pair of residencies in 1960-61. “Incredibly I was hired by a shirt factory (room and board, plus Lit. 11,000 a day and an assistant with a car) for a month, with all the technicians of the factory at my service”, wrote Manzoni in a letter at the time. This piece, which has been held by single owner since it was acquired in 1962, is being offered at auction for the first time. According to Niels Boe-Hauggaard, the specialist of paintings, drawings, sculptures and prints for the auction house, “Although the market for similar ‘hairy canvas’ Achrome works can be volatile, we feel the quality and almost pristine provenance of this piece will bring something extra.” Earlier this year, Christie’s sold a gridded square cotton-wool Achrome of a similar size for around £390,000 (est £120,000-£180,000), while Sotheby’s sold a pleated kaolin variation for around £1.2m (est £500,000-£700,000). 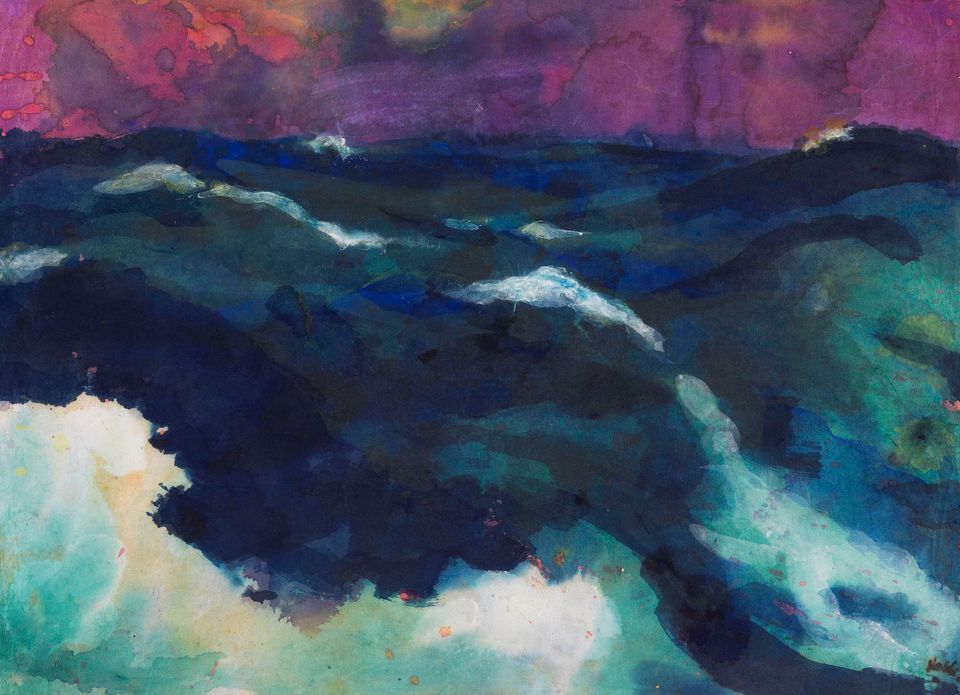 This painting, executed in swaths of purple daubed with opaque white, is one of thousands of petite watercolour landscapes that the late German-Danish Expressionist created late in his in Seebüll, where he died in 1956. Depicting a thunderous seascape, it was painted a few years before he was labelled a degenerate artist by the Nazis in the early 1940s—despite having been a long-time supporter of the party. Part of the house’s biannual auctions of Modern art, heavy on Nolde and his Die Brücke contemporaries, the picture’s proceeds will benefit the ongoing construction of a Buddhist stupa in Grafenwörth, Austria. Robert Ketterer, the owner and CEO of the auction house, says, “The aspect of a charity auction might have advantageous effects, [but] the superior quality of this masterful watercolour is its most salient selling point.” Ketterer says that Nolde today commands prices “some 10 to 20 percent higher” than he did in the year 2000 and adds, “His idiosyncratic seascapes are especially sought-after on the international market.” The record price for a seascape by the artist, around £1.9m (est £1m-£1.5m, )was achieved at Christie’s London in 2006. The Korean Buddhist monk and scholar Bop Jon Sunim Tenzin Tharchin, who is supervising the construction of the Austrian monument, says that the work, which will fund a symbol of peace, is “parallels our thoughts, [which] are constantly in motion [but] also subject to transience”.