Object lessons: a medieval Flemish altarpiece, a luck-themed cabinet, and a rare cast of an Antonio Canova sculpture

Hundreds of years of historic works are on offer at Tefaf New York's fall edition, including these picks from the fair

Adriaen Isenbrant and Workshop, Landscape with Madonna and Child, Joseph and Mary Pregnant, Rest on Flight into Egypt (around 1520) Courtesy of Mullany, London

Landscape with Madonna and Child, Joseph and Mary Pregnant, Rest on Flight into Egypt(around 1520)

The small oil on panel triptych has been attributed to the Northern Renaissance artist Adriaen Isenbrant of Bruges and his workshop after being examined by Peter van den Brink, the director of the Suermondt-Ludwig Museum in Aachen, who concluded that the figures were painted by the master himself, and the landscape finished by an assistant. Scholars believe that Isenbrant, who settled in Bruges in early 1500s, was an apprentice of the Netherlandish painter Gerard David, though his figuration also quotes earlier masters like Jan Van Eyck and Hugo van der Goes. Isenbrant specialised in devotional works of art; this triptych, likely commissioned for the Antwerp market, shows the Madonna and child in the centre panel, Joseph and Mary pregnant with Jesus in the left wing and on the right, the their flight into Egypt—a recurrent subject of ecclesiastical art in the 16th century. The work is in exceptional condition, with its rich colouration intact, and “is a refined gem of Flemish Medieval artistry”, says the dealer. 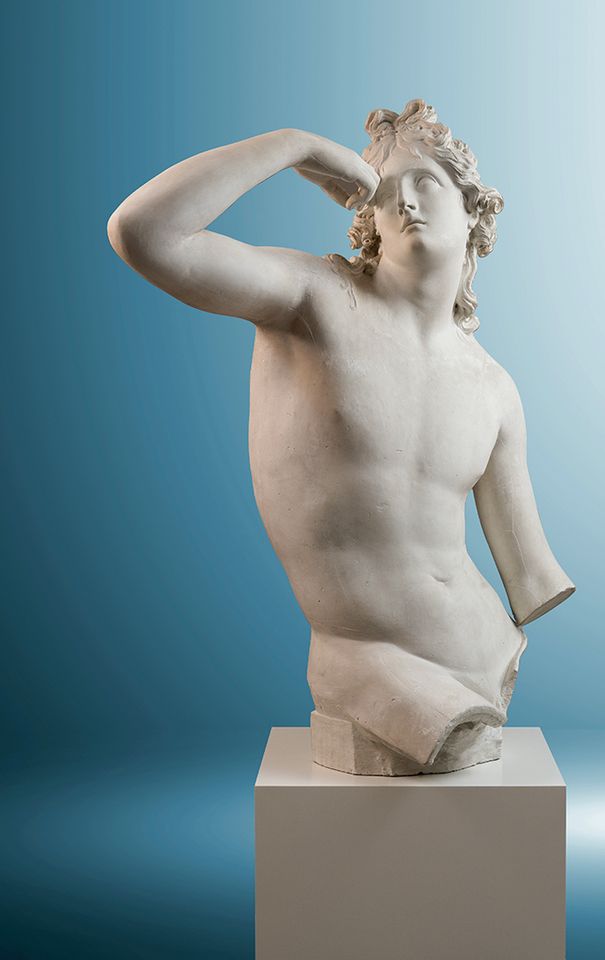 The Milan-based dealer will reveal for the first time the last existing plaster by the Neoclassical sculptor Antonio Canova that is available in private hands. The graceful torso was cast from the artist’s Winged Genio (1783-1792) in St Peter’s Basilica, Rome, a funerary monument honouring Pope Clement XIII. Canova created two plaster casts of the reclining male nude (reimagined here upright) as gifts to his patrons in 1793; one was given to Girolamo Zulian, the Venetian ambassador to Rome (the other went to Pope Clement XIII’s nephew and was irreparably damaged in the First World War). As documented by extensive correspondence between the artist and Zulian between 1792 and 1795, the cast was intended to anchor a group of Canova plasters in Padua, but his vision was never realised. After the patron died in 1796, most of his collection was acquired by the Venetian aristocrat Daniele degli Oddi, and the work remained in the family until now. According to the dealer, casts “are items of the greatest rarity, [as] the casting process was both difficult and complex [and] Canova himself was very reluctant to process such works, which demanded the utmost care and attention”. 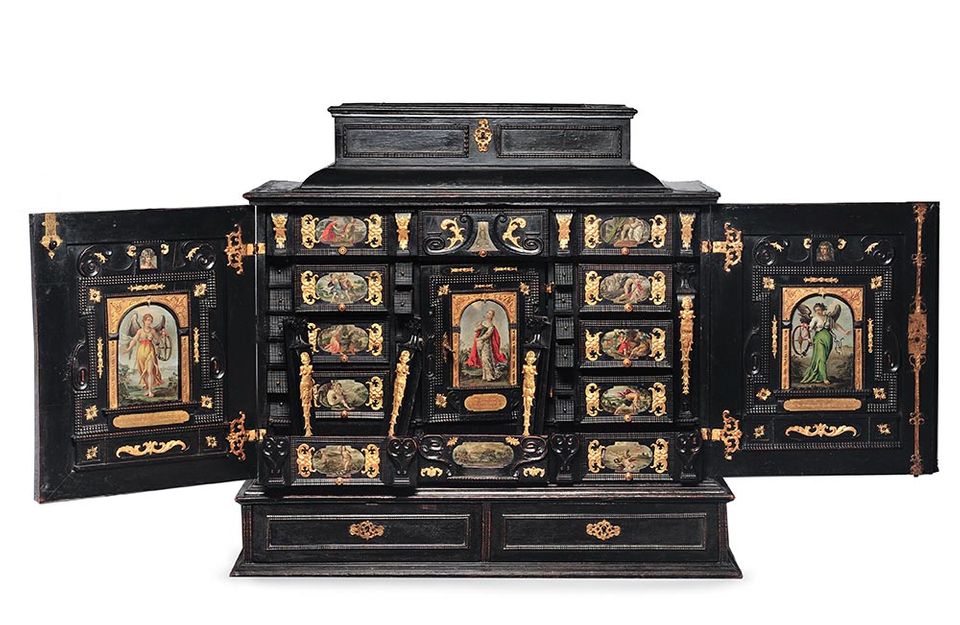 The Munich-based dealer is offering an ebonised pearwood cabinet containing fire-gilt copper fittings and miniature oil paintings on copper by the Augsburg artist Hans Panzer. Drawing from Greek and Roman mythology, the figures on the panel doors incarnate the goddess Fortuna, the image of good and bad luck in both canons, holding the Rota Fortunae, or Wheel of Fortune, in her hands, which refers to the celestial sphere of the zodiac and symbolises the nature of fate. The facing on the twelve drawers depicts scenes of ill-fated lovers, built around a central compartment showing the Greek and Roman goddess of hope, called Elpis or Spes. Below this figure, an engraved text informs that the piece “is about luck and lack of it in love affairs”, says the dealer. He explains that the work is “unique not only because of its unusual iconography, with the personifications of good fortune and misfortune, but is an exquisite collector’s cabinet fitted with hidden secret drawers and superb paintings—in all, it is characteristic of the highest standard of cabinet makers from Augsburg in the early 17th century”.