Object lessons: a sculptural horse honouring the Tōhoku disaster by Deborah Butterfield and a still life by E. Charlton Fortune

Our pick of highlights from upcoming fairs and auctions

The American artist, who works with found objects and materials such as driftwood and assorted debris to produce sculptures of horses, cast this unique bronze from flotsam and jetsam that was thrust across the Pacific Ocean after the Tōhoku earthquake and tsunami struck the northern coast of Japan in 2011 (the debris was collected in Alaska, then shipped to Washington). The sculpture was completed in Butterfield’s studio, which the downtown Seattle gallerist Greg Kucera described as “a corral full of horses”, at the famed Walla Walla Foundry in Woodland, Washington (which has also hosted Matthew Barney and Isa Genzken, among others). Butterfield aims to represent “the all-knowing horse—[their] demeanor, posture, [and] sensitivity”, as she described in the catalogue for a 2016 exhibition organised by Kucera. By repurposing the detritus from a natural disaster in the form of the noble and meditative animal, she hopes to honour the survivors and victims. She named it Hisaiba after a horse rescue farm in Japan. Kucera tells The Art Newspaper that “Deborah’s work has an international market and is easily recognisable by collectors, even when, as with this piece, she takes a bold turn”. The gallery is offering two additional sculptures by Butterfield at the fair, called Lemon Drop (2014) ($125,000) and MAKA’ALA (2016) ($160,000). 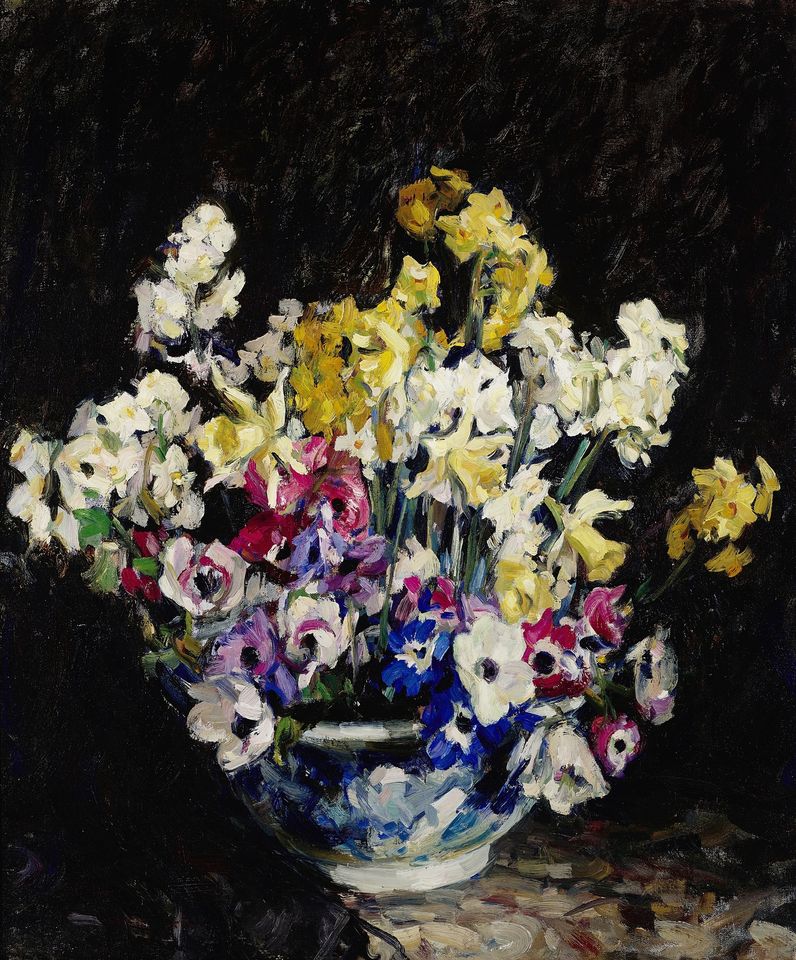 Still life with narcissus and anemone by E. Charlton Fortune

One highlight of the house’s upcoming sale of works from the Golden State greats is a still life by the late American Impressionist, who is perhaps best-known for her landscape paintings of coastal California, where she lived on and off between stints in Europe and the East Coast. Fortune signed her work with a gender-neutral initial for her first name, Euphemia, which she hoped would help critics recognise and reward her work without gender bias. The work being offered, showing a vase of assorted flowers, a commonly feminine preserve, has the vigorous and bold qualities that led some critics to assume Fortune was male. Earlier this year, Bonhams sold an early painting by Fortune called Wharf, Monterey (around 1915)—executed when the budding artist was 19 years old and studying art in San Francisco, before she went on to the Art Students League in New York—for $728,000 with premium (est. $200,000-$300,000). In the later part of her life, the devout Catholic focused on producing ecclesiastical art for the church, and few examples of her secular oeuvre remains in private hands. An exhibition of the artist’s liturgical and secular paintings, sculptures and decorative arts, called E. Charlton Fortune: the Colourful Spirit, will open at the Pasadena Museum of California (20 August—7 January 2018) and travel to the Crocker Art Museum, Sacramento, and the Monterey Museum of Art, later in the year.