Object lessons: from a heart-shaped meteorite to a censored image of Joséphine Baker

Our highlights of works being sold over the next fortnight 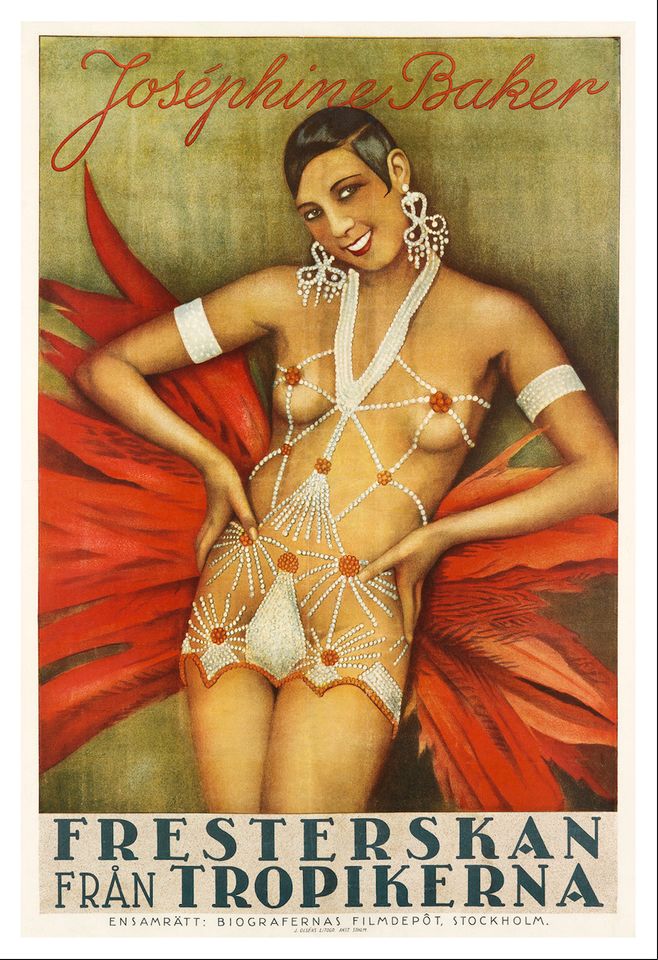 Ernest Hemingway once called the dancer Joséphine Baker “the most sensational woman anyone ever saw”. But the unknown designer of this poster, made to promote her headlining role in the 1927 film La Sirène des Tropiques, evidently wanted a bit less of her seen. The image is based on a topless photograph by the British cabaret photographer Lucien Walery that first appeared in the programme of the Folies Bergère revue the same year, but the artist added more strings of pearls to the design of Baker’s costume in the poster to fully cover her nipples.—Gabriella Angeleti 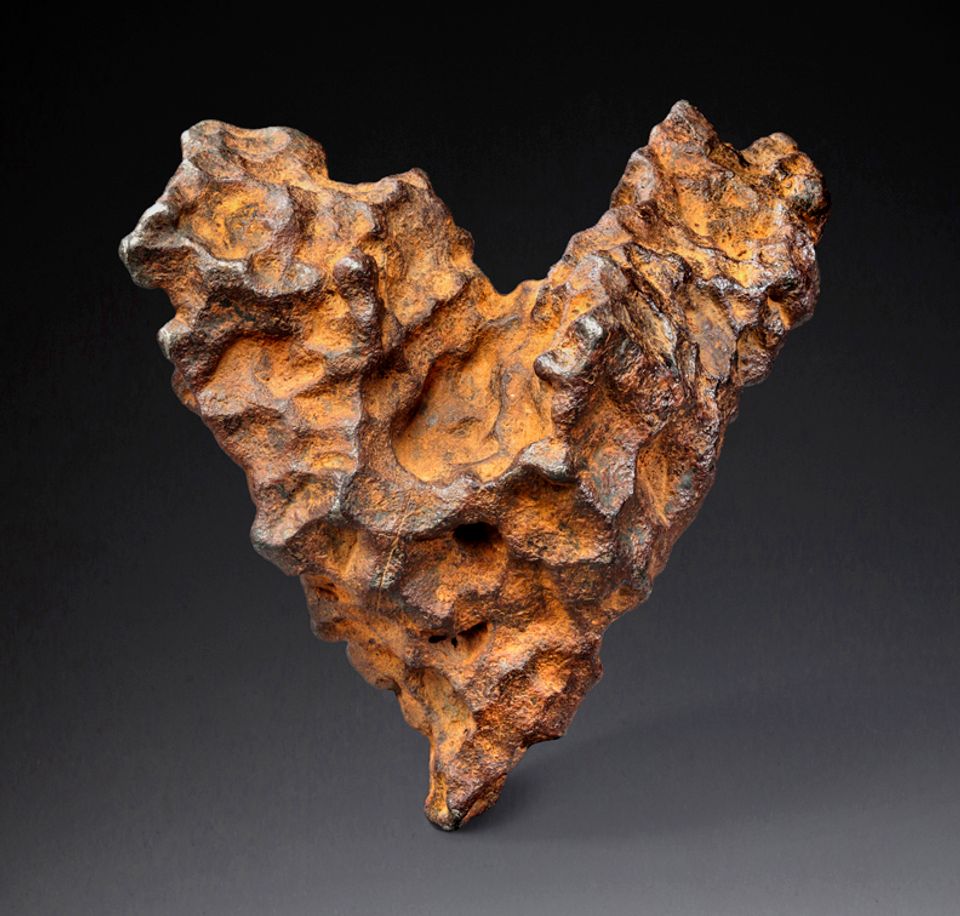 Sikhote-Alin Meteorite, aka The Heart of Space © Macovich Collection of Meteorites

Sikhote-Alin Meteorite, aka The Heart of Space

Just in time for Valentine’s Day, Christie’s offers a meteorite known as the Heart of Space from one of the largest meteorite showers recorded in the last several thousand years. Its parent body slammed into Earth’s atmosphere just before the holiday of love in February 1947, creating a fireball over Siberia that was brighter than the sun, shattering windows and uprooting trees with its shockwaves. Witnesses believed the end of the world had come—of course, matters of the heart often have an apocalyptic magnitude of impact. This heart-shaped fragment broke free at a high altitude causing the formation of the aerodynamic pockmarks, known as regmaglypts, that scar the surface of this rock, making it one of the most coveted types of meteorite.—Margaret Carrigan 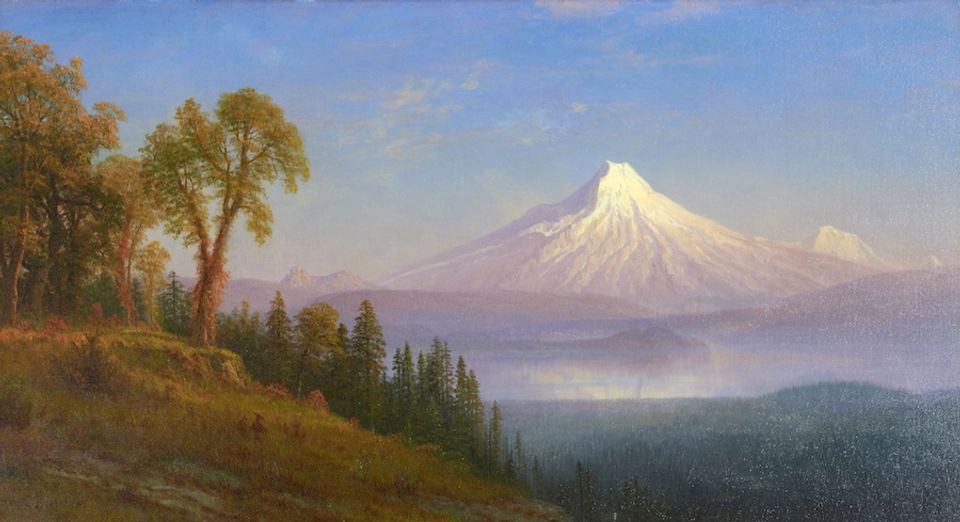 Albert Bierstadt’s Mount St Helens, included in a forthcoming catalogue raisonné on the 19th-century American landscape painter, is one of 170 lots offered from the extensive art collection of the Texan businessman and cattle breeder Lloyd Donald Brinkman. Brinkman died in 2015, having amassed more than 400 works of art of the American West, including paintings by artists such as Joe Beeler and Howard Terpning. Like the historic volcano this Bierstadt work depicts, a legal battle between Brinkman’s children and his seventh wife erupted after his death in 2015 as they fought over how to divvy up his estate, which was worth tens of millions. The sale of the collection, consigned to Bonhams by his widow, is expected to bring in $8m in total.—Gabriella Angeleti 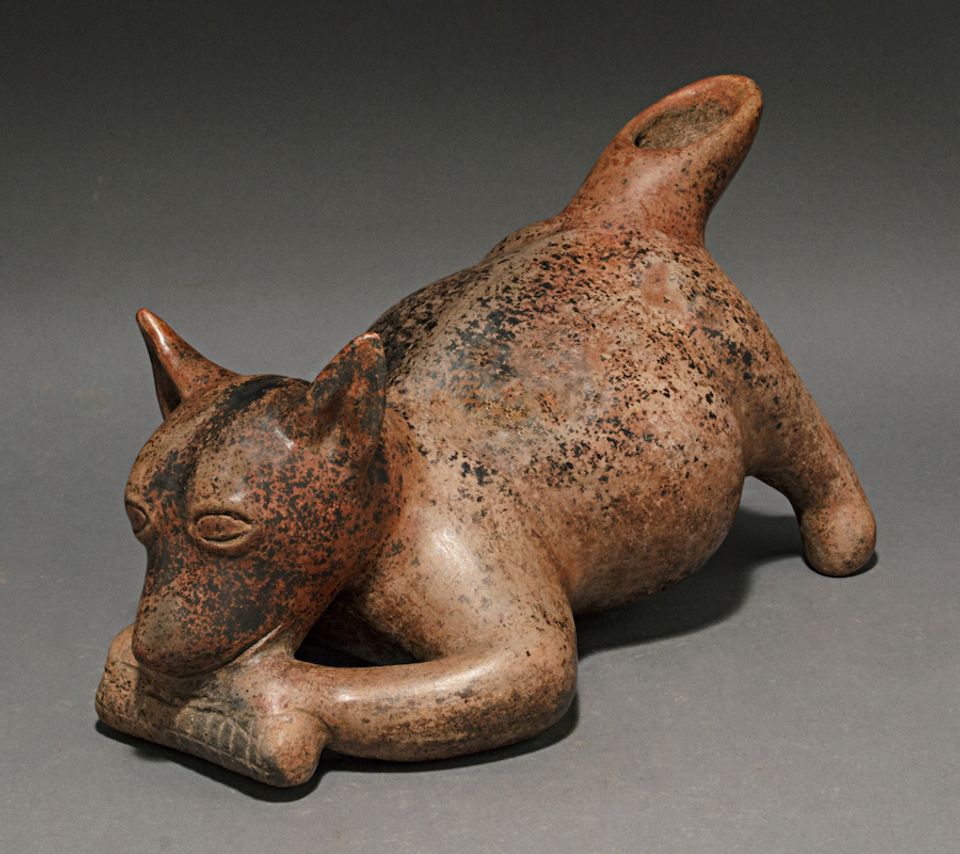 Pre-Columbian civilisations celebrated dogs as guardians as well as companions and were especially devoted to these portly hairless Xoloitzcuintli pups, which experts believe are the pre-Inca ancestors of the Peruvian Inca Orchid breed. Archaeologists uncovered similar sculptures in around 75% of tombs in Nayarit and Jalisco, as dogs were thought to be spirit guides in the afterlife. There are Colima dog sculptures in the collection of the Metropolitan Museum of Art and other major collections, but this particular example has been in private hands since it was brought to the US in 1965 and has never been offered on the market until now.—Gabriella Angeleti 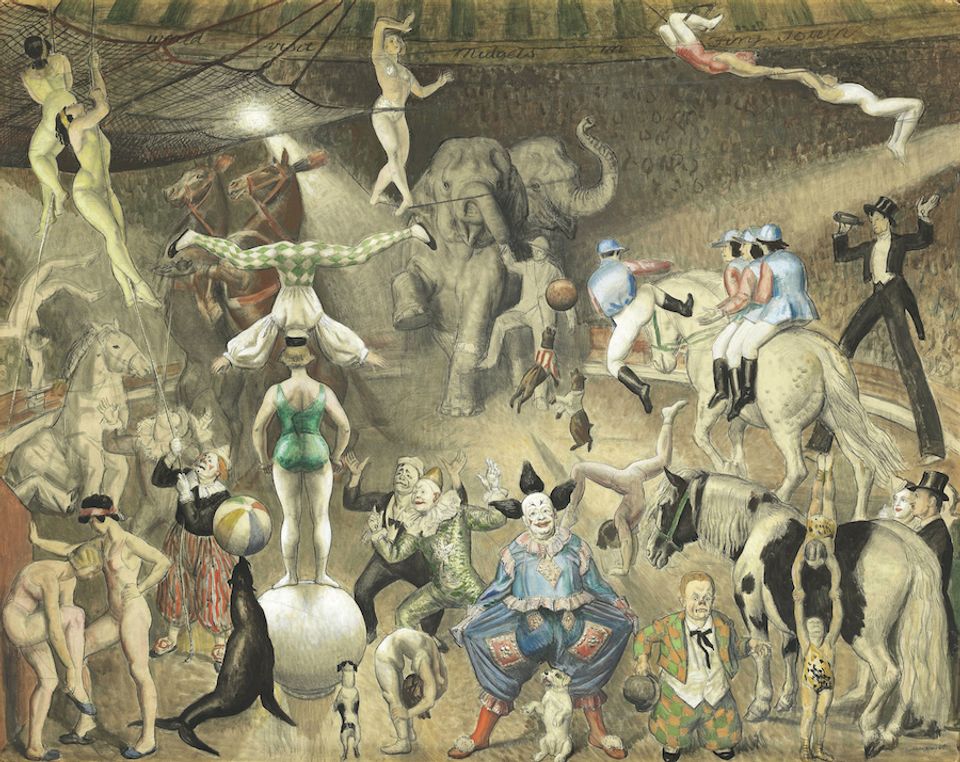 This watercolour and gouache is a study for one of Knight’s best known circus paintings, Charivari, which now hangs in Newport Museum & Art Gallery and was first shown at the Royal Academy in 1929. Commissioned by Major Evelyn Atherley, the complex composition started out as something much simpler, with the initial brief to include his terrier Blinkers and the clown Whimsical Walker. But the Major then started asking for more circus animals and performers to be included, resulting in this raucous scene of trapeze artists, performing elephants, ponies and acrobats. Knight wrote of the finished painting, “It was fun doing it, fitting everything in… I have fondness for the picture; perhaps it is because I am like the Major—a circus fan.”—Anna Brady