Object lessons: from an early John Piper gouache at London Art Fair to a gold leaf cabinet by Paul Evans

Our pick of highlights from this week's fairs and auctions

The late Edgar Astaire was a dedicated and respected collector of Modern British art, concentrating largely on Slade School artists such as Mark Gertler, David Bomberg and William Roberts. In 2015, Christie’s South Kensington sold Astaire’s collection, which included this early gouache and collage on paper by John Piper (1903-92). The work was exhibited in 1941 at the First Exhibition of Three British Artists: Henry Moore, John Piper and Graham Sutherland, held at Temple Newsam, a Tudor-Jacobean mansion near Leeds.

Sotheby’s biannual Boundless sales have proved an effective vehicle for introducing Western Modern and contemporary art to Asia; this is the first time that work by Guy de Rougemont (born 1935) is being offered there. De Rougemont was one of a group of French Pop designers working during the years when Georges Pompidou was president, and hence termed “pompidolien”. The Nuage (cloud) tables are among his most sought-after designs. 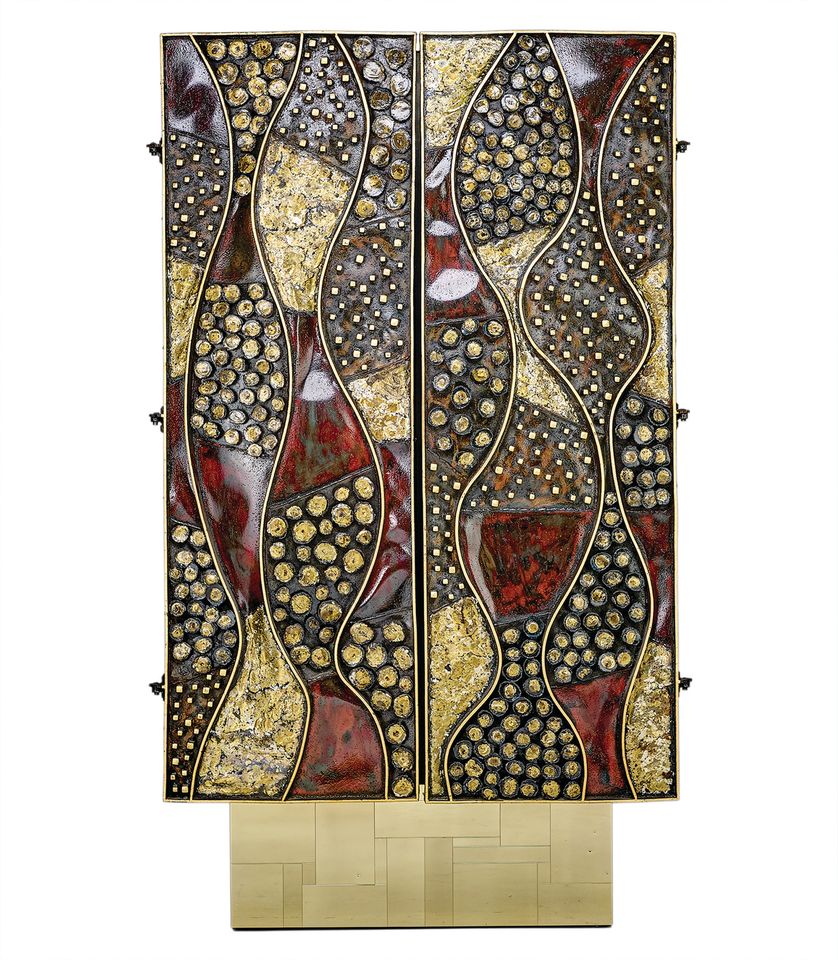 This polychrome steel cabinet, with doors embellished in 23-carat gold leaf and brass, is from the Cityscape series by the US sculptor and designer Paul Evans. In the 1950s, after training at the Cranbook Academy of Art, near Detroit, Evans set up a workshop, producing distinctive designs that reached a peak of popularity in the 1970s, chiming with the decade’s aesthetics. Typical of Evans’s muscular yet ornate style, this particular cabinet is fresh to the market, having been commissioned by the seller in 1977.