The sale features 21 pieces custom-made for the fashion designer Givenchy by Diego Giacometti (1902-85). Born in Switzerland, Diego (the brother of Alberto) went to Paris as a young man to work with the interior designer Jean-Michel Frank, who introduced him to such fashion luminaries as Elsa Schiaparelli and Coco Chanel. He also met Gustav Zumsteg, a textile designer who supplied silks to Dior, Yves Saint Laurent and Givenchy. After Zumsteg gave Givenchy a bronze by Diego, Givenchy so admired it that he sought Diego out and they began a 20-year friendship. The bronze works in the sale, including a set of octagonal tables, stools, bird andirons, stag candleholders and a white-patinated lantern (est. €300,000-€400,000; sold for €2.4m with premium), were made in the 1970s and 1980s for Givenchy’s Chateau de Jonchet in the Loire Valley. The highly successful sale achieved €32.7m with premium, with the earliest of three octagonal tables—which Monsieur de Givenchy considered the perfect shape to place in the corner of a room—as the top lot (est. €600,000-€800,000; sold for €4.2m with premium). 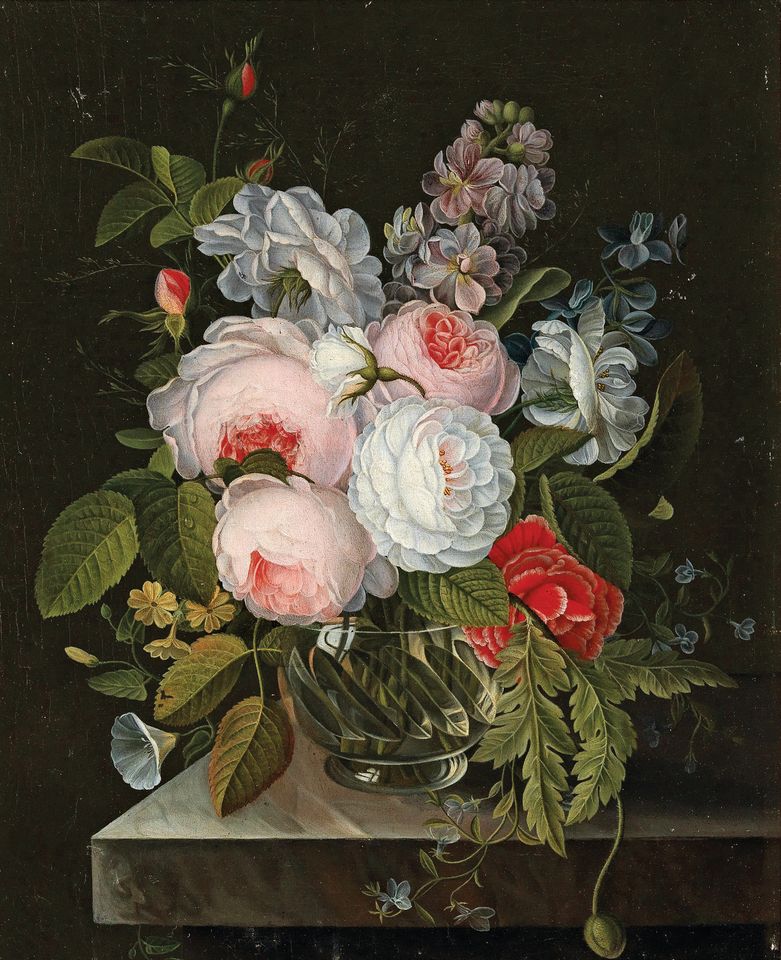 A doctor whose father collected Old Masters, Johann Caspar Anton Dillenius is a largely unknown 19th-century German painter said to have been inspired both by nature and by 17th-century Dutch still lifes. Flowers were a favourite subject, and in 2012 the Landesmuseum Mainz, where he lived and worked, organised the show: Spring Fragrance and Summer Splendour: Watercolours by Caspar Dillenius in the Graphic Collection. In this oil on canvas, the blooms are depicted with precision, delicacy and mastery, suggesting careful study of the Dutch tradition.