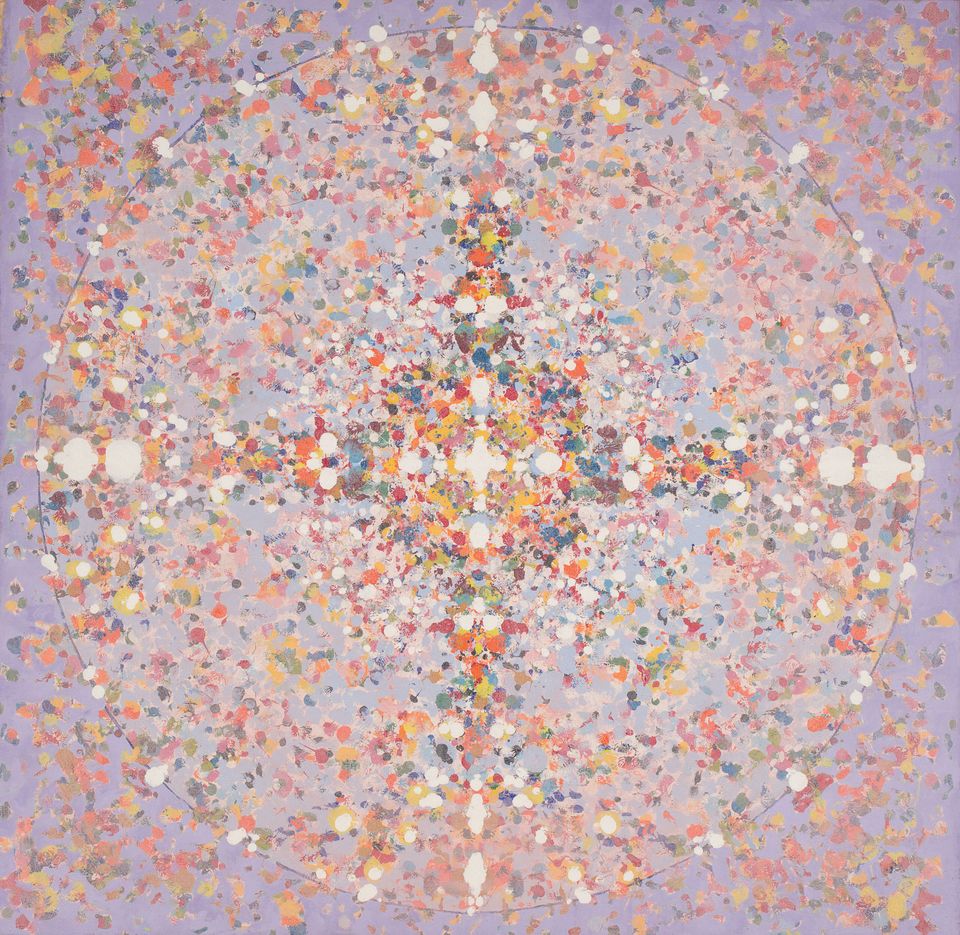 The US artist Peter Young is “often called the first post-Minimalist painter; his art emits a spiritual, native and often psychedelic rhythm”, says a spokesman for Gallery Wendi Norris of San Francisco. The gallery has brought a painting from the Arizona-based artist’s Mandala series to Art Dubai. The piece, #23-1973 (1973), “came directly from the artist’s studio, and has never been on view before; other works from this series were featured in his retrospective at New York’s MoMA PS1 in 2007”, the spokesman says.

The Mandala series was a direct response to and departure from the artist’s Dot paintings, one of which graced the cover of ArtForum magazine in 1971. “Young wished to paint in a way that allowed him more freedom, fun, and wished to throw down paint akin to his Expressionist contemporaries,” the spokesman says. “But such lack of structure also left the compositions lacking for the artist, so he began folding his canvases to create some symmetry amongst the chaos.” Young opted for the eight-fold symmetry—reflected in this piece—comprising singular vertical, horizontal and diagonal folds.

Roberta Smith, the art critic at the New York Times, labelled Young “a maverick Zenned-out hedonist who was also a process-oriented formalist with a sharp painterly intelligence” in her review of the MoMA PS1 show. And what does Young say? “My simplest answer, always, is that the paint tells me what to do,” he says. The Palestinian artist and scholar Aissa Deebi, who is based in Geneva, is concerned with immigration, alienation and dispossession. His series of realistic black-and-white paintings, This is How I Saw Gaza 1-17 (2017), is being shown on the stand of Ramallah gallery Zawyeh. The artist looks to broadcast news for his images, the media being a primary reference point for his practice.

“This is not how he saw Gaza with his bare eyes but how he was forced to see it through the television screens in his exile. The same as they are absent from the media images, people of Gaza are also absent from Deebi’s works. His work stresses the absence of the voice of Palestinians, and the people of Gaza in particular, in the public domain,” the spokesman says. Deebi’s war-torn landscapes depict explosions across the Gaza strip and bombed out cars and buildings.

For his doctorate, Deebi focused on the “diaspora as a creative space in tandem with his scholarly work”, the gallery says. The thesis reveals personal reflections and details. “My own brother Nassim died in the custody of Israeli police in 1999. The medical report labelled the death a suicide, but my family and I suspect that ‘suicide’ is code for a deadly beating at the hands of the police,” Deebi writes. In the Otherwise Occupied show at the Venice Biennale in 2013, his video installation, The Trial, focused on the 1973 court case in which the Palestinian poet Daoud Turki was tried for treason.