From burnt wood works to Picasso-esque paintings, we look at works on sale at the fair 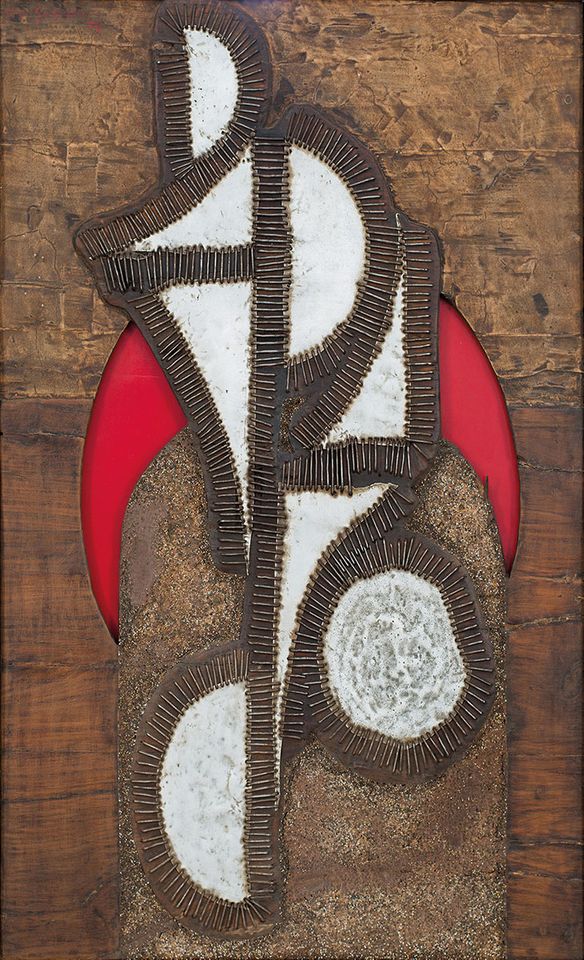 Mumbai’s Akara Art gallery is presenting a solo booth of works by the Indian artist and sculptor Piraji Sagara (1931-2014). “We are working with the estate and are very excited to show his works to a newer audience in the Middle East,” a gallery spokesman says.

Sagara quietly began making “wood collages” reminiscent of Gujarati folk traditions in the 1960s, a selection of which are on display in the Modern section of Art Dubai. These include a 1974 untitled piece comprised of nails, beads, sand and paint on burnt wood. Sagara developed this aspect of his practice throughout his life.

The journalist Tanuj Kumar says: “In the 1980s, when most Indian artists were shuttling between figuration and abstraction on canvas, the late artist [Sagara] was busy hammering nails on to a burnt wooden board, carving it, adding bits and bobs of metallic paraphernalia.”

Certain motifs recur: fish, the sun, the moon, the faces of men and women, and horses. The Indian artist J Swaminathan wrote of Sagara’s work in a 1982 essay that “these images are not only etched deep in the wood by the fiery tongue of the blow torch, but are further given an accentuation with stark passages of colour-red, blue, yellow. The strong decorative element in folk/traditional Indian art is carried forward in his work, but the materials and the method he uses give it robustness and physicality.” 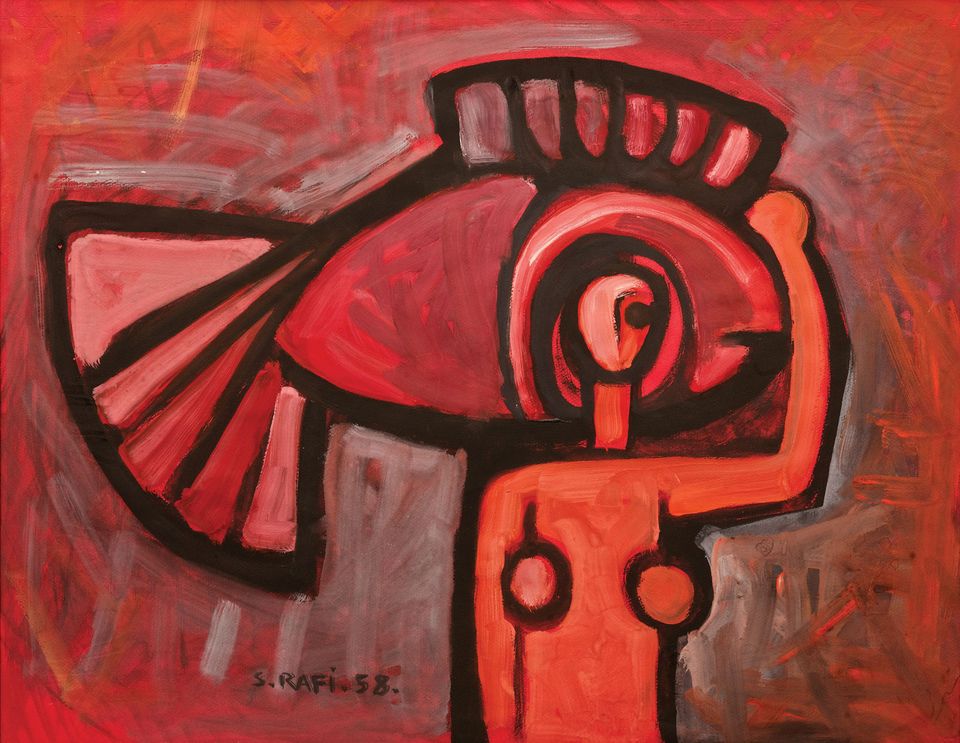 The artist Samir Rafi (1926-2004) may well have been a trailblazing adherent of Egyptian Surrealism during the 1940s, but he had “an aesthetic style and technique uniquely his own”, according to the late Egyptian art critic Aimé Azar. Fish, human figures and dogs were among his favourite motifs, which were rendered in dark and emphatic outlines. Woman with Fish (1958) has a Surrealist undertone but displays flourishes that are typical of Rafi.

The work shows the influence of Picasso, who corresponded with the Egyptian artist, says a spokesman for Cairo’s Ubuntu Art Gallery. Picasso wrote in a letter to the Italian Futurist Gino Severini, dated 1 June 1960, that Rafi was “an Egyptian with something [developing] in his stomach, which is always powerful”.

“Throughout all his artistic stages, Rafi showed mastery in line and space. He included elements of geometric abstraction in dark or muted colours compatible with the dream-like Surrealist approach,” a gallery spokesman says. “This took on a melancholic form that set him apart from his contemporaries.”

This painting, along with other works by Rafi the gallery is bringing, was purchased directly from the artist’s family after his death in 2004.