The work by Song Ta consists of eight hours of secretly shot footage of 5,000 college women 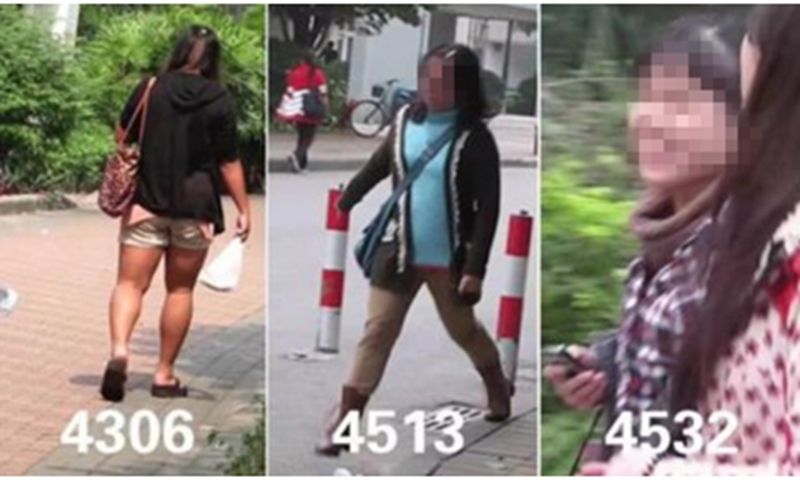 OCAT Shanghai closed indefinitely last Friday after a public outcry over the video piece Uglier and Uglier (2013) by Song Ta, depicting over eight hours of surreptitious footage that the artist's team shot of 5,000 college women and ranking them, in his opinion, in order of their attractiveness.

The exhibition, titled The Circular Impact, included 21 artists and was organised by Dai Zhuoqun. It opened on 28 April and was due to run until 11 July. The controversial video, called Jiaohua or Campus Flowers in Chinese, has been shown several times before, including at UCCA Beijing in its 2013 group show, On | Off: China’s Young Artists in Theory and Practice, when it also generated controversy.

However on Thursday night a post to Weibo by user Sanaya One and then amplified to Twitter by Afra Wang, a co-host of the Mandarin-language podcast Loud Murmurs, went viral across Chinese language social media platforms. By midday on Friday, it was the eleventh hottest trending topic on Weibo, and the topic has since reached over a hundred million views. The outcry and closure were covered Friday on by state media Beijing Youth Daily, mainstream outlets like Sina.com news, which owns Weibo, and by the English-language Communist Party mouthpiece Global Times, and subsequently by international media including Radii, CNN and the BBC.

A disturbing dose of Chinese contemporary art: Song Ta, a video artist, has a piece called "Uglier and Uglier" is in exhibition in OCAT Shanghai. This 7+ hrs long video displays secretly shot footage of college girls ranked from the "prettiest" to the "ugliest." pic.twitter.com/COtSWEF7Xa

OCAT Shanghai issued a statement on their Weibo:“Recently Song Tao’s video Uglier and Uglier, shot in 2013, was shown in this exhibition, and has generated immense controversy. After we have received wide-ranging criticism, comments and feedback, we immediately reexamined the content of the work and the interpretation of the artist’s intent, and found that along with the English title conveys disrespect to women. The process of creating the work also suggests legal infringement. As a public art venue, we should be actively reviewing and checking what we include in our exhibitions. We would like to express our sincerest apologies to audiences who have been disturbed, discomfited, or upset by the showing of this work in our museum. OCAT Shanghai has decided to withdraw this work from the exhibition and close the museum for a period of time. Thank you for your concern, criticism and oversight. OCAT Shanghai will reflect upon the public issues and social concerns arising from this incident. As a museum supporting the concept of diversity, we will take this as an admonition to show more empathy towards all.” Comments on the post condemned the response as belated, and suggested the museum should hold legal responsibility for the work’s invasion of the women’s privacy.

Since Friday afternoon, there has been a sign on the museum door stating (in Chinese): "Dear guests: As of 18 June OCAT Shanghai is closed temporarily. We apologise for any inconvenience".

The museum has not responded to The Art Newspaper's requests for comment, nor have Song Ta and the museum’s director, video art pioneer Zhang Peili. However, Bao Dong, the Beijing-based curator who co-organised the 2013 exhibition and has also been a target of online ire, came to Song and the video's defence. “The real question is whether art has the right to do groundbreaking things,” Bao tells The Art Newspaper. “So can a democratic outcry hurt artistic freedoms? I think it is a violation of human rights for them to abuse Song Ta.”

Bao, who founded and directs the Beijing Dangdai Art Fair, compares the work to beauty pageants, suggesting the protesters should focus on those instead. Though he agreed that the privacy infringement was troubling, he cites the lack of lawsuits thus far brought by any of the ranked women as an indication that they must not mind. He dismisses the outcry as the result of fake accounts, and posited that it is a conspiracy by the US government.

In addition to closing museum temporarily and instructing it to remove the work permanently, the local Cultural Bureau on Friday also convened representatives of nearby art spaces to instruct them to be particularly careful about inflaming public sensitivities during the century anniversary of the Chinese Communist Party this year. The hashtags condemning the work and its creator remain active and uncensored online, with even state-backed accounts analysing the legal hazards of using non-consensually-obtained footage. The Chinese government has opted, for once, against censoring the feminist internet in favour of censoring one work of art.