Viewing rooms, appetite-whetting preview publications and digital platforms are all paying off for galleries at the fair 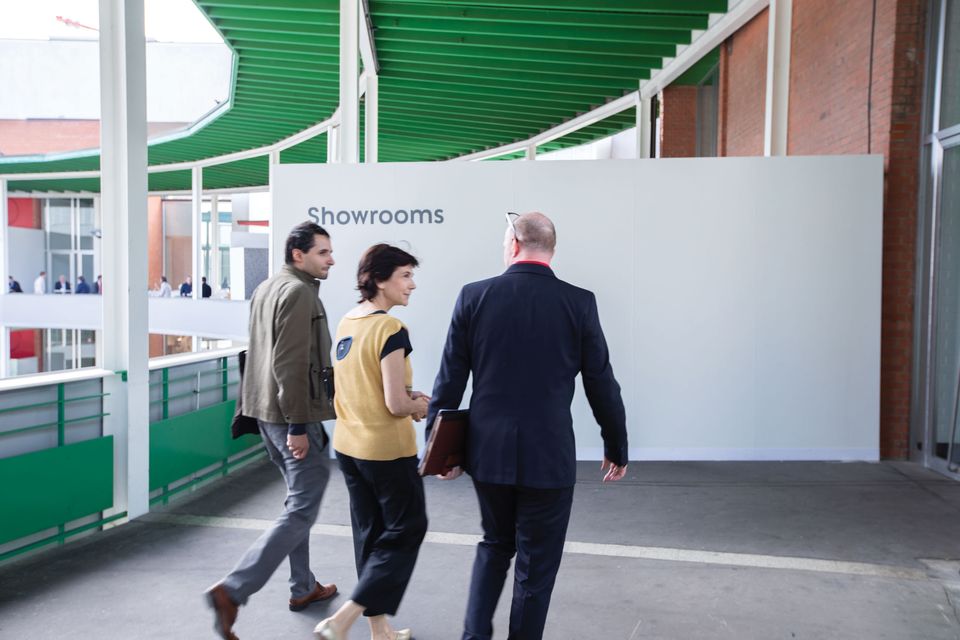 Far from the madding crowd: fair-goers have been heading to showrooms at Art Basel, where deals can be discussed in private © David Owens

Alternative ways of selling beyond the booth, such as private viewing rooms, dedicated pre-fair publications and digital platforms are all helping to ramp up business at Art Basel this year.

On the third floor of the fair, away from bustling booths and eager Instagrammers, various dealers are renting secluded showrooms from Art Basel—some by the hour (for as much as SFr1,500; $1,500), or, in the case of Gagosian, for the whole week. Although the service has been on offer for the past decade, demand is growing, an Art Basel spokeswoman says.

Gagosian gallery is showing around 25 works in its viewing room, the vast majority of them secondary-market pieces consigned by clients who prefer their works to be traded “without international exposure”, according to Andrew Fabricant, the gallery’s chief operating officer.

One of the few primary-market pieces on display in the private showroom is a painting by Georg Baselitz, which sold during the VIP preview for an undisclosed sum. A similarly sized canvas, hung on the stand at the artist’s request, also found a home early on. “The viewing rooms are a way of augmenting our inventory,” Fabricant says, noting that business flows both ways: “The booth creates a buzz and that buzz is contagious.”

Fabricant says the total value of works in the showroom “is relatively comparable” to that of the stand. “Every once in a while, you might get something really valuable like a Twombly painting or a Picasso. That would skew the whole metric,” he says.

The opening of Gagosian’s new gallery in Basel has also boosted its profile—and profits—this week. Trade in the new space has been brisk (prices range from $375,000 to $25m), while Larry Gagosian says sales at the fair have been “very strong”.

"Dealers will always try and use every opportunity to sell more"

Another mega-gallery, Hauser & Wirth, is generating “unprecedented interest” in its stand thanks to two publications sent out to 3,500 collectors and curators two weeks before Art Basel opened, according to the gallery’s founder and president, Iwan Wirth. Both tomes—one dedicated to living artists and the other to estates—feature interviews and first-hand accounts of artists’ lives and works. “They are documents, but they are also meant to whet collectors’ appetites,” Wirth says.

Right on cue, bumper sales were reported during the VIP opening. More than 16 works on the stand found homes, including an alabaster work by Eduardo Chillida (€3m) and a bronze sculpture by Alina Szapocznikow (€1.5m). A further 14 pieces that were featured in the pre-fair publications, but were not on show at Art Basel, also sold (prices range from $110,000 to $3m).

“We love the energy of the opening,” Wirth says. “[The publications are] a way of expanding that time; some people make a decision before the fair.” Fabricant estimates that Gagosian sold at least ten works in advance of the fair. “That is the new norm,” he says.

Virtual salerooms are also amplifying dealers’ offering on the fair floor. To coincide with the opening of the Unlimited section on Tuesday, David Zwirner launched Basel Online, which the New York dealer has described as “a parallel art fair”, with works valued at $5.6m in total.

By the end of the second day, digital sales had racked up $3.5m, including $1.8m for a stainless-steel pumpkin by Yayoi Kusama, which went to a Russian buyer. The price is a record for an online sale at the gallery. Meanwhile, a painting by the Japanese nonagenarian artist sold on the stand for $2m, an indication that collectors are perceiving less of a gap between digital and physical platforms.

Elena Soboleva, the online sales director at David Zwirner, says the “bricks-and-mortar art experience” is still at the heart of the gallery’s operations but that the online platform helps drive sales at the stand. “Inevitably it’s very interconnected; it’s tied to the physical excitement at Art Basel,” she says. 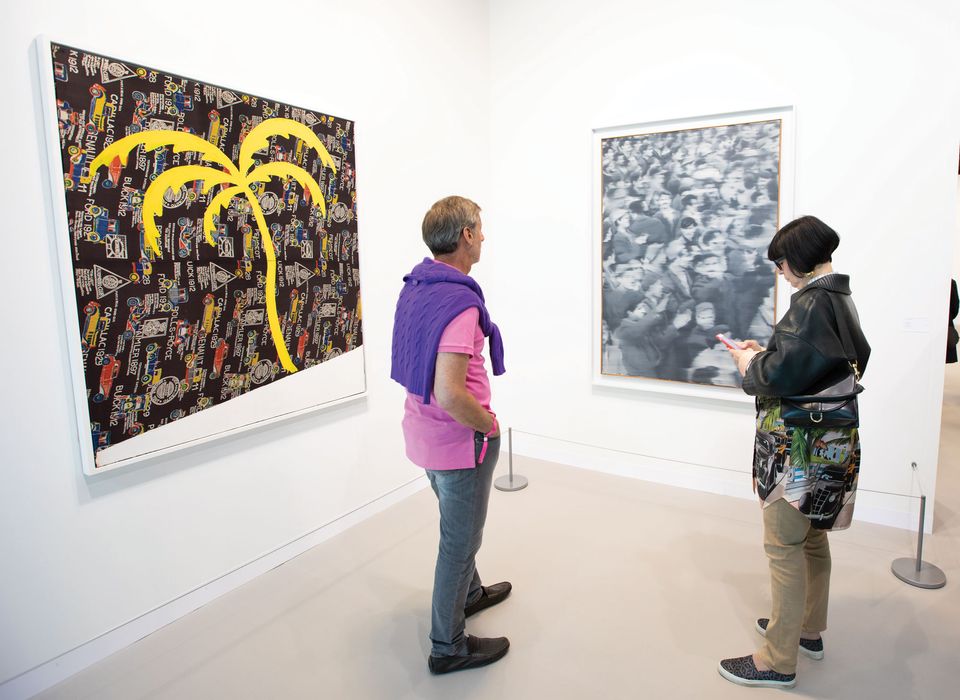 The excitement was palpable on Zwirner’s stand on the preview day when a rare Richter photo-painting from 1966 sold for $20m, a record for the gallery at Art Basel. A rush of other big-ticket sales, including $10m for a 1969 fabric painting by Sigmar Polke, contributed to a total of more than $50m of art being sold by the gallery on the opening day.

Indeed, Art Basel remains the sun around which all else orbits. The Basel dealer Stefan von Bartha describes the fair as “the introduction” to the rest of his programme. “I’d say 95% of sales are done at the fair; the rest is done a short cab ride away at my gallery,” he says, adding that a further ten to 15 works are available in a closet on his stand.

“Dealers will always try and use every opportunity to sell more,” he says. That sentiment seems to ring truer than ever at Art Basel this year.