'What on earth is going on with Earth?' Olafur Eliasson on bringing ice blocks to London 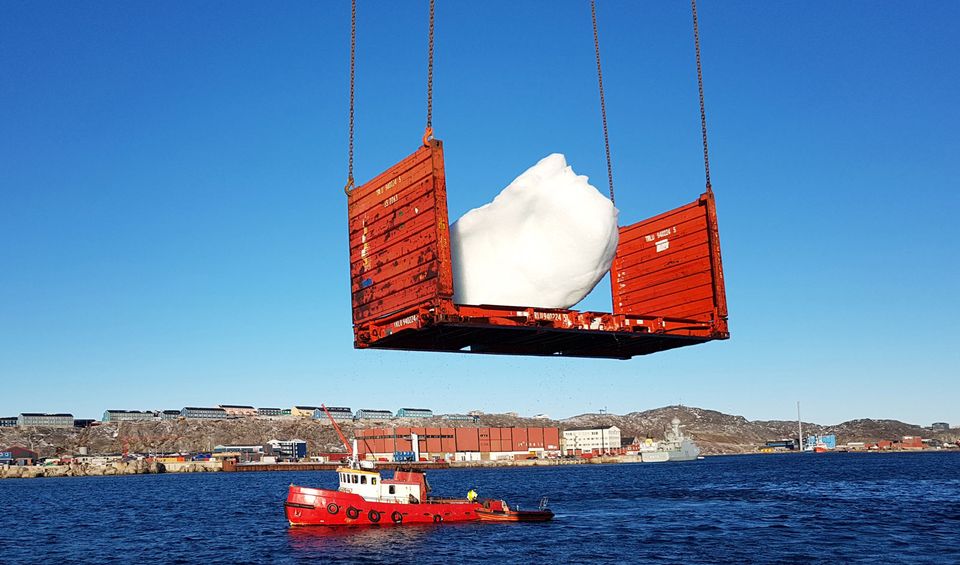 The Danish-Icelandic artist Olafur Eliasson is bringing ice blocks harvested off the coast of Greenland to central London. Ice Watch, which was first installed in Copenhagen in 2014, followed by Paris in 2015, consists of pieces of glacier that slowly melt to “make scientific data explicit, so we can feel it”, Eliasson tells The Art Newspaper podcast. “The idea is to make tangible what on earth is going on, or, in fact, what is going on with Earth.”

Twenty-four blocks will be displayed outside Tate Modern, where Eliasson’s survey exhibition will open in July, while six more will be placed outside Bloomberg’s European headquarters in the City (Bloomberg Philanthropies is sponsoring the project). It is timed to coincide with a meeting of world leaders at the COP24 climate change conference in Katowice, Poland, and follows an alarming report by the Intergovernmental Panel on Climate Change (IPCC), which gave the stark warning that we have a 12-year window to limit the worst effects of climate change.

The blocks were responsibly taken out of the waters of the Nuup Kangerlua fjord where they had separated from the ice sheet. The harvested ice is “very compelling” to look at, Eliasson says. “It’s really touching, very beautiful. It contains lots of small bubbles, and as the ice melts, the bubbles crack like popcorn—it’s like a little concert of bubbles.”

Time is an important theme in the work, as the public watches 15,000-year-old glacier ice melt and disappear within a week. “The risks and worries [of climate change] are outside of our lifespan. That’s why I think it’s always great to have a child or a grandchild in the room when you have a climate discussion. We need to be less egoistic and see beyond our lifetime.”

When the work was first staged in Copenhagen, Barack Obama was in power. But Eliasson says that although Obama recognised the importance of climate change, resulting in perhaps a more complacent civic sector, “it’s not like he did a lot against climate change”. Instead, he says, the more populist US President Trump seems to have evoked the opposite effect he envisioned, creating greater climate consciousness in the US and building a stronger civic counter-force.

Eliasson points to small island states as examples of governments that have taken radical steps to deal with the effects of climate change. Fiji, for example, has bought land in other countries to move whole communities in the near future. He also welcomes the revolutionary idea that well-off states should pay for adjustments to the climate of vulnerable states. He cites a recent discussion at the Katowice summit around the principle that countries that are perpetrators of climate change should automatically issue climate change refugees with a passport. Eliasson says: “The UK, for example, has been so busy with Brexit that it has done nothing in particular to forward the climate debate. Their worry pool is just full of Brexit. So why doesn’t the UK give the 30-40m people who could potentially be climate refugees from eastern Ethiopia a UK passport? Isn’t it just fair to say the countries that created the problem need to help the people who don’t know where to go? Instead, we’re forcing them into refugee camps.”

Ice Watch will be on view between 11 and—weather permitting—21 December.

• For the full interview with Olafur Eliasson listen to our podcast