Open bottles and dry your dishes with art

“Have nothing in your houses that you do not know to be useful or believe to be beautiful,” famously wrote the arts and crafts pioneer William Morris. Lovers of contemporary art and homeware can now kill two birds with one stone at Art Licks Trading, which launches this evening (1 June) at its temporary home of Safehouse 1 in Peckham, south London. Ten emerging artists have made functional items for the home, including a champagne-flute-and-sickle tea towel by Pio Abad; a halo pillowcase by Holly Slingsby; a misprinted pencil set by Patrick Coyle and a JCB-yellow bottle opener by James Capper.

All the works have been produced in limited editions, priced from £6-£500, and are being sold to fundraise for this year's Art Licks Weekend, says the Art Licks founder and director Holly Willats. The yearly festival showcases the work of emerging artists, curators and not-for-profit spaces across London. But with only part of its funding coming from the Arts Council, “we need to raise a further 62%”, Willats says. “All of the artists have featured in our printed magazine, and several have taken part in the festival itself […] and I thought it would be fun to work with them all again on this slightly unusual project,” Willats says. The objects can also be viewed and bought online at artlicks.bigcartel.com 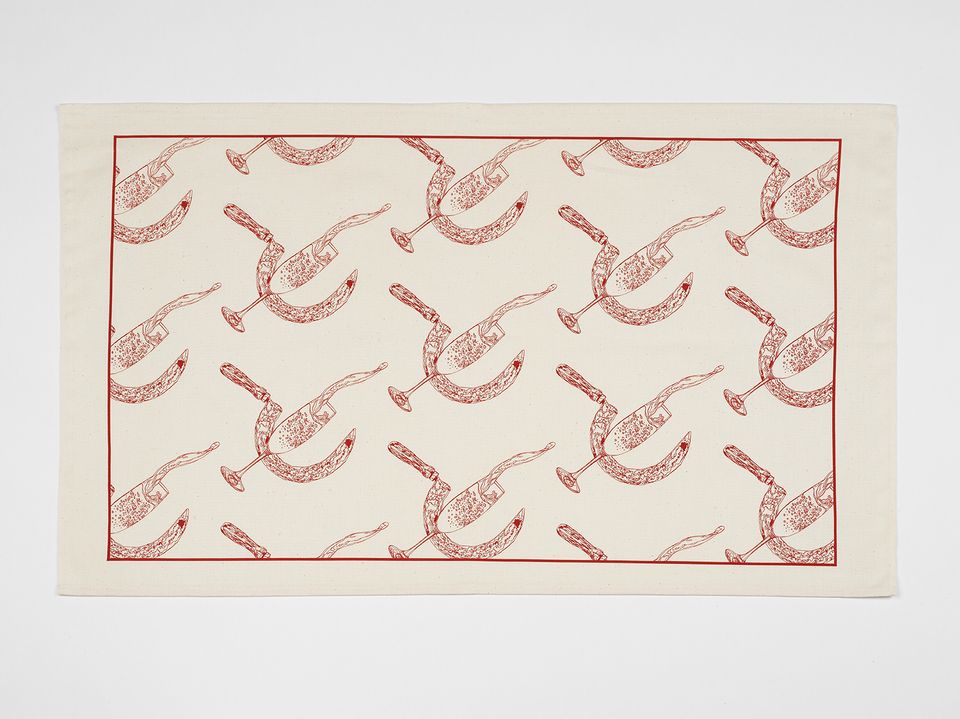