“The people who run our great institutions do not want trouble,” say signatories 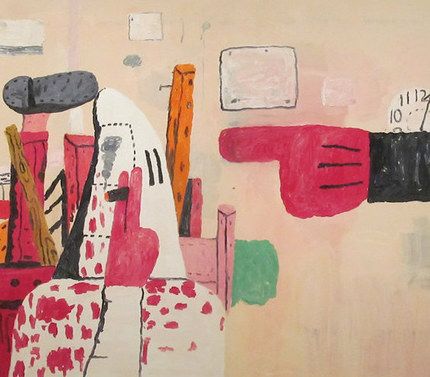 More than 100 artists, writers and scholars have signed an open letter demanding that the exhibition Philip Guston Now be reinstated by four museums who recently announced plans to delay the show until 2024.

The letter, issued by the non-profit Brooklyn Rail organisation, has been signed by artists Julie Mehretu, Peter Doig and Nicole Eisenman, along with curators Catherine de Zegher and Kathy Halbreich. “The people who run our great institutions do not want trouble. They fear controversy. They lack faith in the intelligence of their audience,” the letter says.

Though it was not referred to explicitly in the statement issued by the museums on 21 September, it seems that Guston’s paintings and drawings featuring hooded figures evoking the Ku Klux Klan were the issue. The museums said that they are postponing the exhibition “until a time we think that the powerful message of social and racial justice that is at the centre of Philip Guston’s work can be more clearly interpreted”. The institutions say they plan to “reframe their programming… and bring in additional perspectives and voices to shape how we present Guston’s work to our public”.

The signatories add that staff across the four museums should “prepare themselves to engage with a public that might well be curious about why a painter—ever self-critical and a standard-bearer for freedom—was compelled to use such imagery. That does not permit the museums to fall back on the old discredited stance: ‘We are the experts. Our job is to show you what’s of value in art and your part is to appreciate it.’ It means that museums must engage in a reckoning with history, including their own histories of prejudice.”