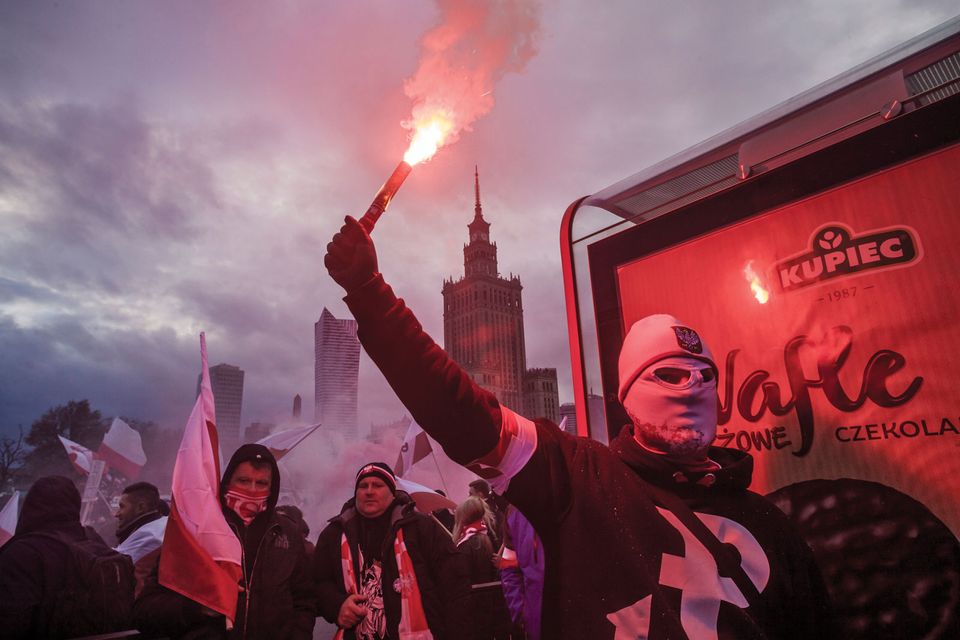 Five hundred Polish and foreign academics have signed an open letter criticising the administration of the Museum of the Second World War in Gdansk, Poland and describing the changes being made to the permanent exhibition as “barbaric” and an attempt to turn the museum into a “propaganda institution”. The museum, which opened to the public in February, has been at the centre of an ongoing battle over national memory. The right-wing Law and Justice party (PiS), elected to government in Poland in 2015, is determined to use the museum displays to present the “Polish point of view” while its critics argue for the autonomy of historians and museums.

The row comes at a time of growing nationalism in Poland; in November, far-right nationalists led a march of 60,000 in Warsaw calling for a “white Europe”.

The project to launch the new museum was initiated by the previous, centrist government in 2008 but its universal approach has long been a thorn in the side of the PiS party. It gained control over the museum earlier this year after a court ruling allowed its merger with another, newly created institution called the Westerplatte Museum—a development that granted the government the right to remove the director and alter the displays. In April, the director Pawel Machcewicz was dismissed and replaced by the government-appointed Karol Nawrocki. Now, the permanent exhibition needs to be “corrected”, a spokesman for the museum says.

One of the first items to be removed from display in November was a film illustrating the long-term effects of the war. “It was a very important part of our narrative,” Machcewicz explains. “Through this film, we had wanted to show that the war wasn’t a closed chapter, it wasn’t the past. Violence, the suffering of civilians, is still going on around us. The propensity to violence is inside us; it is part of the human condition. It served as a warning and emphasised the universal meaning of the exhibition.” The film has now been replaced by an animated film that looks specifically at Polish history in the 20th century.

The museum intends to make further changes to the permanent displays in coming months. These include a greater emphasis on the role of Catholic priests during the war and the role of Polish citizens in saving Jews. Statistics about war casualties will also be altered to show them as a percentage of the population instead of the total number.

“There are many different reasons for the exhibition to be gradually but permanently changed,” the museum spokesman says. “Some things need to be rearranged, which happens at all museums in the world. But it is also a Polish museum financed by Polish taxpayers. Polish people simply want the museum they have financed to tell their story, to refer to the Polish point of view. The museum is located in Poland and must answer to those who financed it,” he says.

Writing in their open letter, the 500 academics said: “The concept of the museum, worked out by renowned historians and museums from all over the world, was designed to give Poland a special role in the history of the Second World War while presenting the universal character of human suffering. We treat [the changes] as an unacceptable, even barbaric interference… In this way, Poland is losing one of the few truly cultural and scientific institutions of international importance.”

Machcewicz says he is preparing legal action against the museum and the ministry of culture to “defend the integrity of the displays”.