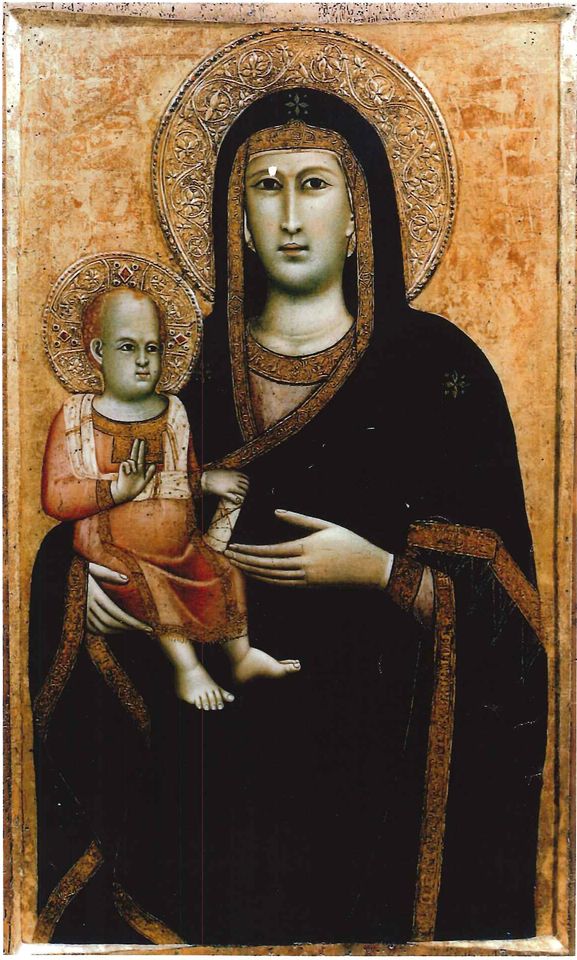 The collector Kathleen Simonis has lost the latest stage in a protracted legal battle to export a painting attributed to Giotto, valued around £10m, that she had brought to the UK from Italy more than ten years ago.

Simonis sought a permanent EU export licence from the Arts Council England (ACE) in 2015 to send the 14th century painting to a freeport in Zurich. Her application was refused, and in London’s High Court on 23 July, Justice Carr upheld ACE’s decision not to grant such a licence, supporting its defence that the work was not lawfully dispatched from Italy to the UK in 2007 and therefore that ACE was not the competent licencing authority.

Simonis intends to appeal the ruling, on the basis that Italian laws on the case are incompatible with EU free movement of goods laws, according to her legal representative Daniel McClean, a consultant to Howard Kennedy in London.

Simonis, who is the legal owner of the painting, lives in Italy, although her son, the Old Master dealer Fabrizio Moretti, has galleries in London and Monaco. She bought the painting of the Madonna with Child at auction in Florence in 1990 for the equivalent of around £3,500, when it was described as by an “unknown 19th-century artist”.

After examination and restoration work in the 1990s, the work was attributed to the early Renaissance master, Giotto (around 1267-1337), or “his school” and, according to the handed-down High Court judgement, “is considered by the Italian authorities to be of exceptional cultural and historical importance.”

A series of export licences and related, often-conflicting decisions have accompanied the painting since 1992.

These include a certificate of temporary importation issued by the Rome Export Office in 1999, which meant that the work could come to Italy from the US and then be taken to another EU country during a five-year window.

Then, in 2000, a decree issued by Italy’s Ministry of Cultural Property annulled all previous licences on the basis that restoration carried out during the 1990s meant the work “became another work of art”. This decision was appealed by Simonis, and the Lazio Administrative Court (TAR) then annulled the 2000 decree.

A subsequent decree was issued by the Ministry in 2004, to the same effect, and again successfully appealed by Simonis, leading to what is referred to in the court papers as the “2007 Order”, when TAR annulled the new Ministerial decree on 9 February 2007.

Five days later, Simonis exported the painting to the UK. But around a year later, Italy’s highest administrative court, the Consiglio di Stato, reversed the 2007 order, in support of the 2004 decree.

Simonis claimed that the work was “lawfully dispatched” in 2007 and the summary case put by her QC, Aidan O’Neill, included that: “Under the 2007 Order the painting was no longer declared a national treasure, nor was any export ban in existence.” Justice Carr summarised and accepted expert evidence on Italian law, concluding that: “By not re-exporting [the painting] within the five-year validity period [of the 1999-2004 licence], the Claimant lost the right to do so without a fresh licence.”

Also, the claim says, while the export of the painting may have been “defective” in Italian law, “the defect was purely technical in character and thus could not render the dispatch unlawful as a matter of EU law”, a reference to regulation on the free movement of goods between Member States.

Justice Carr found that: “In my judgement, the position is overstated for the Claimant. The requirement for her to apply for a licence was not purely technical. It required the Claimant to give notice to the Italian authorities of her intention to remove the painting from Italy.”

The claimant disputes this, saying that the Lazio administrative court had vindicated her right to export the painting in 2007, which she then did.

When the judgment was handed down, Justice Carr granted leave to appeal however, something that Simonis’s legal team says is rare and indicative that the case needs to be resolved by a higher court. “The requirement for our client to obtain an export licence as a ‘formality’ in these circumstances is wrong, as a matter of prevailing EU law,” McClean says.

A spokeswoman for ACE says: “We are pleased with the outcome of the case” but, in view of the leave to appeal, did not wish to comment further.