With the spotlight on issues of race and gender, one gallery that grew out of 1980s New York has again found its moment in the market 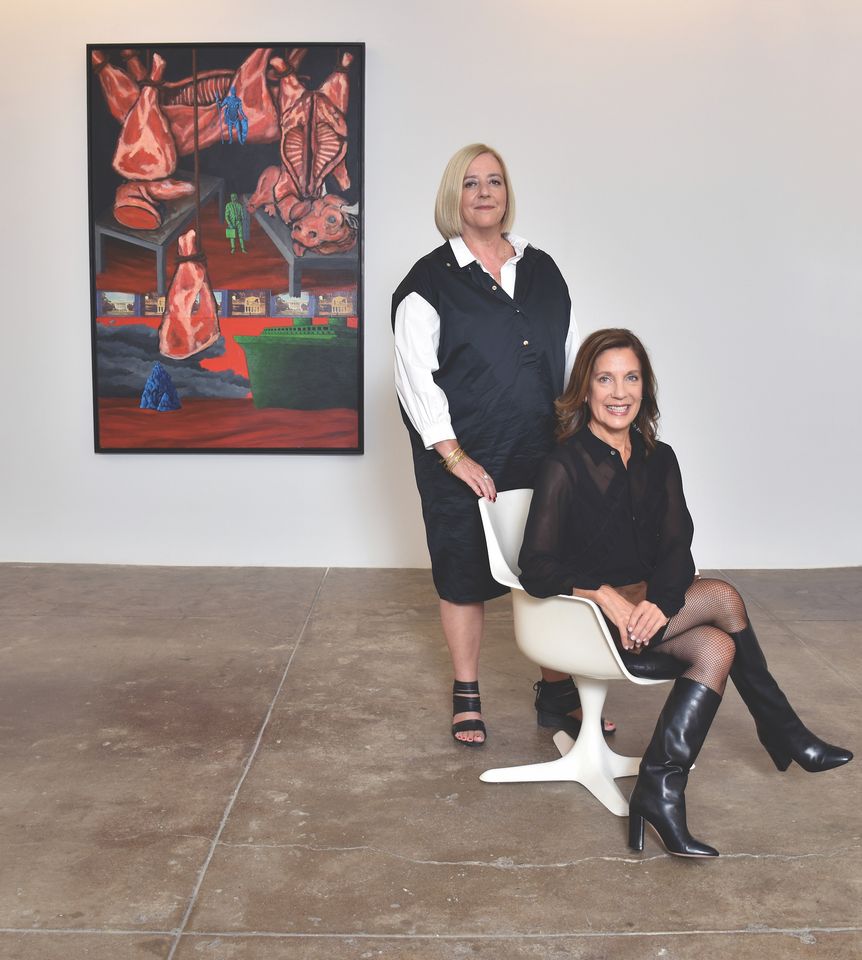 When P.P.O.W was awarded best stand at Frieze New York in May, gallery co-founders Penny Pilkington and Wendy Olsoff were stunned. In their booth spotlighting artists central to the 1980s East Village scene, including David Wojnarowicz and Martin Wong, the two women were presented with a $7,500 cheque. Olsoff and Pilkington, who opened their first storefront space on East 10th Street in 1983 when they were both 25, found the role reversal of an art fair giving them money to be almost surreal. “We were rejected from art fairs for a long time,” Olsoff says.

Since the early 1980s, when their inaugural show of work by Sue Coe sold out and was reviewed by Artforum, the dealers have stuck to their vision of showing tough political art—often by women, people of colour and LGBT artists. As they moved the gallery several times from the East Village to SoHo to Chelsea, Pilkington and Olsoff have weathered market swings, rising rents and a grueling business that has seen many of their smaller peer galleries—then and now—closing up shop.

“This isn’t a business you do for fun. The struggle is huge,” says Olsoff, who questions the current narrative that megadealers are squeezing out the rest. Instead, she thinks that smaller operations may not be as equipped to handle the multitasking now required of dealers. “You have to recognise great art, be a good businessperson, talk to artists and then talk to the wealthiest people in the world,” she says. “Penny and I are willing to live with very little and a lot of pressure.”

After many lean years, P.P.O.W is now more than merely surviving, having recently expanded to a second space in its building at 535 West 22nd Street. Three of the gallery’s longest-represented artists, Carolee Schneemann, David Wojnarowicz and Martin Wong (Wojnarowicz and Wong both died of Aids in the 1990s), have current or forthcoming museum retrospectives. This year Schneemann, whom Pilkington and Olsoff began representing two decades ago, received the Golden Lion for Lifetime Achievement at the Venice Biennale.

Prices have followed suit. A Wong painting selling for $40,000 five years ago now might go for $350,000. In that same time frame, Schneemann’s prices have quadrupled. To fend off advances from competitors, P.P.O.W teamed up with Galerie Lelong in 2015 for dual representation of Schneemann. “No gallery wants to work for 20 years bringing their artist up to museum level and then have this big gallery waltz in,” Olsoff says.

P.P.O.W is certainly benefiting from a surge of interest in once marginalised artists, as well as those culture warriors with continued relevance against the current political backdrop. Even fairs that formerly rejected them seem to have realised the commercial potential. “The committees at art fairs started wanting us there because we had material no one else had,” Olsoff says. At Art Basel Miami Beach this month (where P.P.O.W is exhibiting for the fifth year), along with Schneemann and Wong, the gallery will show works by three recent additions to their roster: Hew Locke’s installation of boats that tackles issues of immigration and colonialism, Betty Tompkins’ appropriated photographs embellished with “women words,” and Ramiro Gomez’s paintings depicting labourers.

“A lot of the artists that Penny and Wendy have championed from the earliest days have become historicised and their significance to the canon has really taken hold in the last few years,” says Catherine Morris, the senior curator for the Elizabeth A. Sackler Center for Feminist Art at the Brooklyn Museum. “It often takes the market a much longer time to catch up.”

When Pilkington and Olsoff have taken on artists specifically for their presumed saleability, it has backfired. “We have realised through experience that our better bet for staying in business and helping our artists is building on the shoulders of those we have shown who have become solid, not to go after the trends,” Olsoff says.

Tompkins, who is 72 and joined P.P.O.W last year, is receiving new attention for her sexually explicit photorealist paintings after years of neglect from the art world. She turned down other galleries in favour of Pilkington and Olsoff because “they only do shows they believe in,” she says. “Nobody buys my work casually. They were not dismayed by that.”

Pilkington and Olsoff admit that these works are tough to sell, but are confident they are on the right side of history. “Eventually Betty’s work won’t be as shocking and it will go into museums,” Olsoff says. “I know it. The artists are always ahead.”