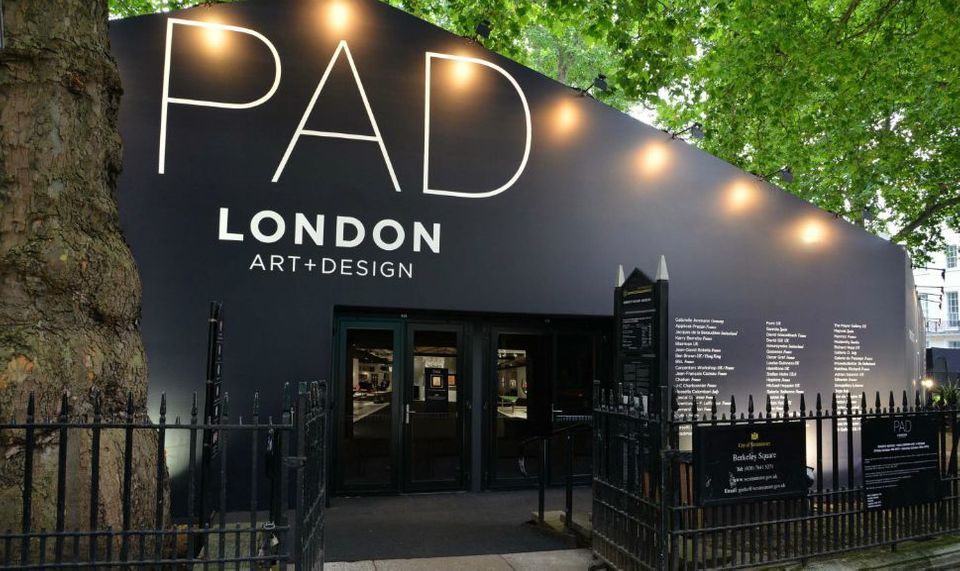 PAD London will not return to its marquee in Berkeley Square, London, until 2022 © PAD London

The art and design fair PAD London, due to run during Frieze Week this October, has been quietly cancelled for the second year running due to the continuing difficult travel situation between the UK and France and risks posed by the Delta variant of Covid-19.

The event, which is owned by Paris-based Patrick Perrin, will return in 2022, either from 3 to 9 October or 10 to 16 October—to be confirmed—in its usual spot in Berkeley Square, Mayfair. By that time, the organisers hope, the travel and public health situation may have returned to normal. The Paris edition of PAD is due to run from 5 to 10 April, 2022.

Around 60 galleries had signed up to take part in this autumn's fair, and exhibitors were informed of the decision to cancel earlier this month.

The event normally shares a marquee with the Lapada Art and Antiques Fair, which would usually run in September but was cancelled in May. Freya Simms, Lapada's chief executive, said the decision was made because “there are simply too many impediments and unknowns for us to be able to proceed with confidence”.

Frieze London and Frieze Masters are still scheduled to run as normal in Regent's Park from 13 to 17 October, with 276 galleries.