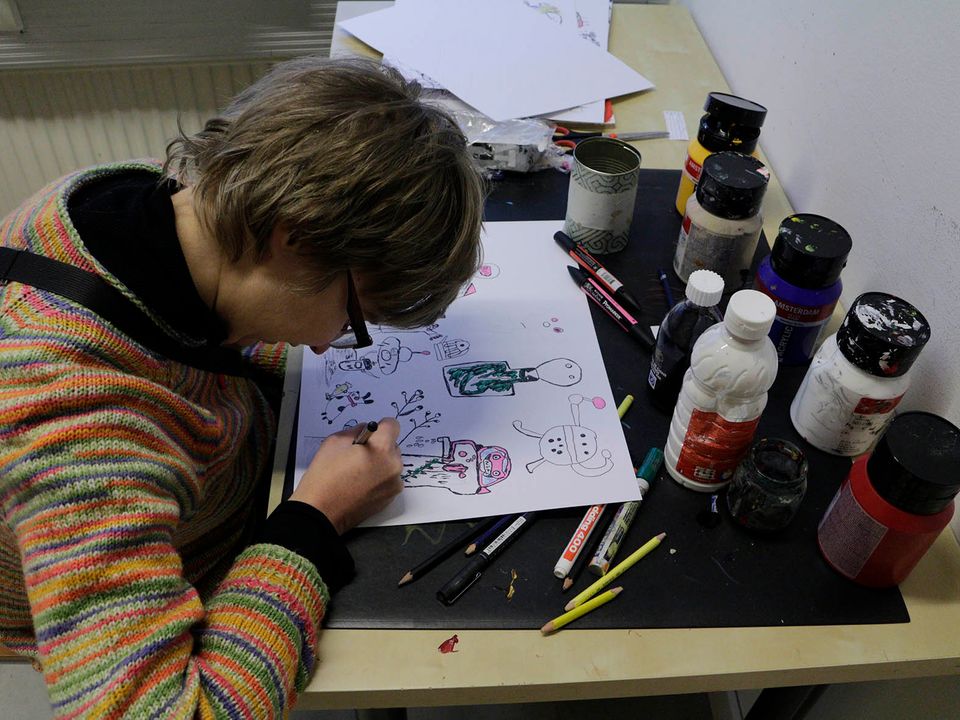 At a time of rising interest in outsider art, Pallant House Gallery in Chichester will host the first UK-based European Outsider Art Association (EOA) Conference from 4-6 May organised by the charity Outside In.

The EOA was formed in 2009 and its annual conference, held at the GAIA Museum of Outsider Art in Randers Denmark in 2017, takes a different theme each year. This year it focuses on The Artist’s Voice, aiming to give a platform to those artists who for circumstantial, societal, or mental or physical health reasons are working outside the confines of the traditional art world. Such is the aim of Outside In, which was founded in 2006 by the Pallant House Gallery and became an independent charity last year.

The multidisciplinary artist Bobby Baker, whose book of her touring exhibition Diary Drawings: Mental Illness and Me 1997-2008 won the Mind Book of the Year award in 2011, will open the conference with a keynote speech. Other speakers include representatives from: Blue Circus, a Finnish collective working with artists with autism; MADMusee, a Belgian museum that promotes artists with learning disabilities; Headway East London, a charity that supports those who have suffered brain injuries, and Grand BAZ’ART, a yearly Outsider Art festival in France.

Marc Steene, the director of Outside In, says: “The conference is part of Outside In’s ultimate goal of achieving a fairer art world. By bringing together individuals and organisations from all over the world to discuss important questions in the field of Outsider Art and share best-practice in relation to working with excluded or non-traditional artists, the EOA Conference 2018 seeks to elevate the voices and experiences of artists who are too often on the margins of society and the art world.”