The pull of Palm Beach proves irresistible for blue-chip galleries—but for how long? 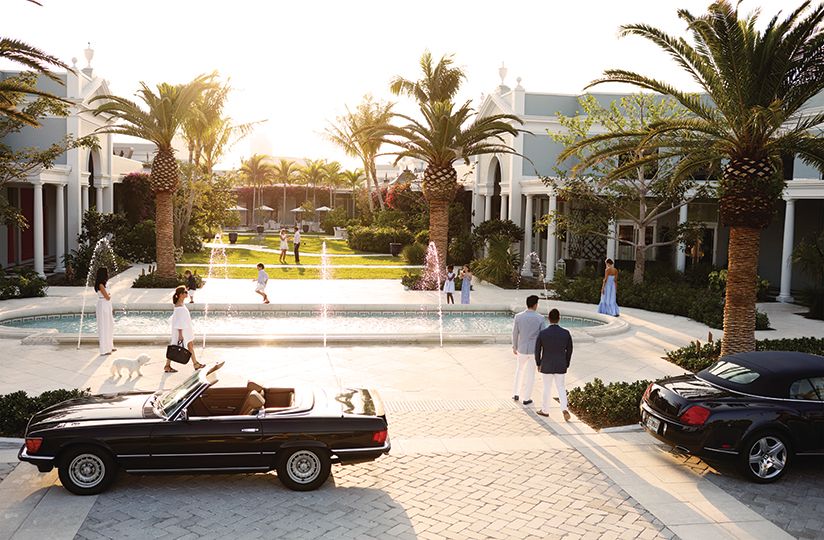 With the colder weather, Covid-19 unabated and European borders closed to Americans, US collectors have migrated en masse to their Palm Beach residences—and with them, the blue-chip art dealers that depend on them. But could the flight to Florida prove a long-term relocation amid the city's massive real estate boom?

Lehmann Maupin and Paula Cooper are the latest galleries to announce seasonal spaces in the warmer locale. They join Pace, Acquavella and Sotheby’s, all three of which are launching as-of-yet temporary locations in November within The Royal Poinciana Plaza—a 180,000 sq. ft, open-air, landmarked property, designed by the mid-century architect John Volk, who built mansions for the Vanderbilts, DuPonts and Pulitzers.

“We heard repeatedly from collectors that their plan was to remain in the Hamptons and then fly directly to Palm Beach in November,” says Pace’s vice president Adam Sheffer, the head of the Florida project. Given its signature 1950s British Colonial aesthetic and pair of lush courtyards, Sheffer describes The Royal as the only place Pace considered, as well as the strength in numbers it presented. The gallery's lease on the nearly 900 sq. ft space runs from November through May with an option to renew.

Sotheby’s 2,700 sq. ft space has a similar renewal option. David Schrader, the auction house’s global head of private sales, says The Royal provides an opportunity to casually present outdoor sculpture in its courtyards. With other luxury shopping and plenty of outdoor dining options, “people are spending hours here”, he says. “We really love the mix of high and low, Yves Saint Laurent and Oscar de la Renta next to Coyo Taco."

The site is an established cultural outpost, with galleries such as Gavlak Gallery already installed, and New Wave Art Wknd, her annual non-commercial art weekend of VIP and public programmes, moving forward in a hybrid virtual and socially-distanced in-person capacity from 4-6 December. Additionally, the nearby Miami Design District is launching its own art and design event in December, even though Art Basel in Miami Beach has been cancelled due to Covid-19.

There is still, however, a critical mass of local collectors in Florida even without the international fair, among them around 35 of the billionaires on the most recent Forbes 400 list living in Palm Beach alone, and major collectors such as Ken Griffin, Peter Brant, Beth Rudin DeWoody and Ann Tenenbaum and husband Thomas Lee all boast homes in the area, too.

It makes sense, then, that other dealers are interested in launching pop-up spaces in the area. The veteran New York dealer Paula Cooper will open a temporary space in December at 243 Worth Avenue in Palm Beach, just minutes from The Royal. It marks her first gallery outside of Manhattan after 50 years in business. The gallery expects to remain until mid May.

Lehmann Maupin, too, will open 19 November in a 2,000 sq. ft space on the corner of Worth Avenue at 440 South County Road. The gallery had also experimented with a pop-up space in Aspen, Colorado, over the summer and recently opened a new permanent space at London's Cromwell Place. It will present targeted programming in Palm Beach, with new works by Hernan Bas, McArthur Binion, Liza Lou, Marilyn Minter, Angel Otero and Erwin Wurm, among other artists. The gallery plans to stay through February, although it might extend its lease.

“This is a great moment to test if this model will work for us on an ongoing basis,”Jessica Kreps, a partner in the gallery tells the Palm Beach Daily News. “Who knows? Perhaps we’ll continue to have a physical presence in Palm Beach for years to come.”

The migration southward, however, predates the pandemic. Florida is a state with no income tax and when New Yorkers lost their state and local tax deduction in 2017, “it drove high-net-worth people down here”, Meyer Lucas says. But she adds that, since March, she has seen younger families typically in the market for second homes relocating to Palm Beach and scouting local school districts for their children. “People suddenly spending $8m to $10m on their new home have plenty of blank walls to fill,” she says—and they are not going anywhere soon.