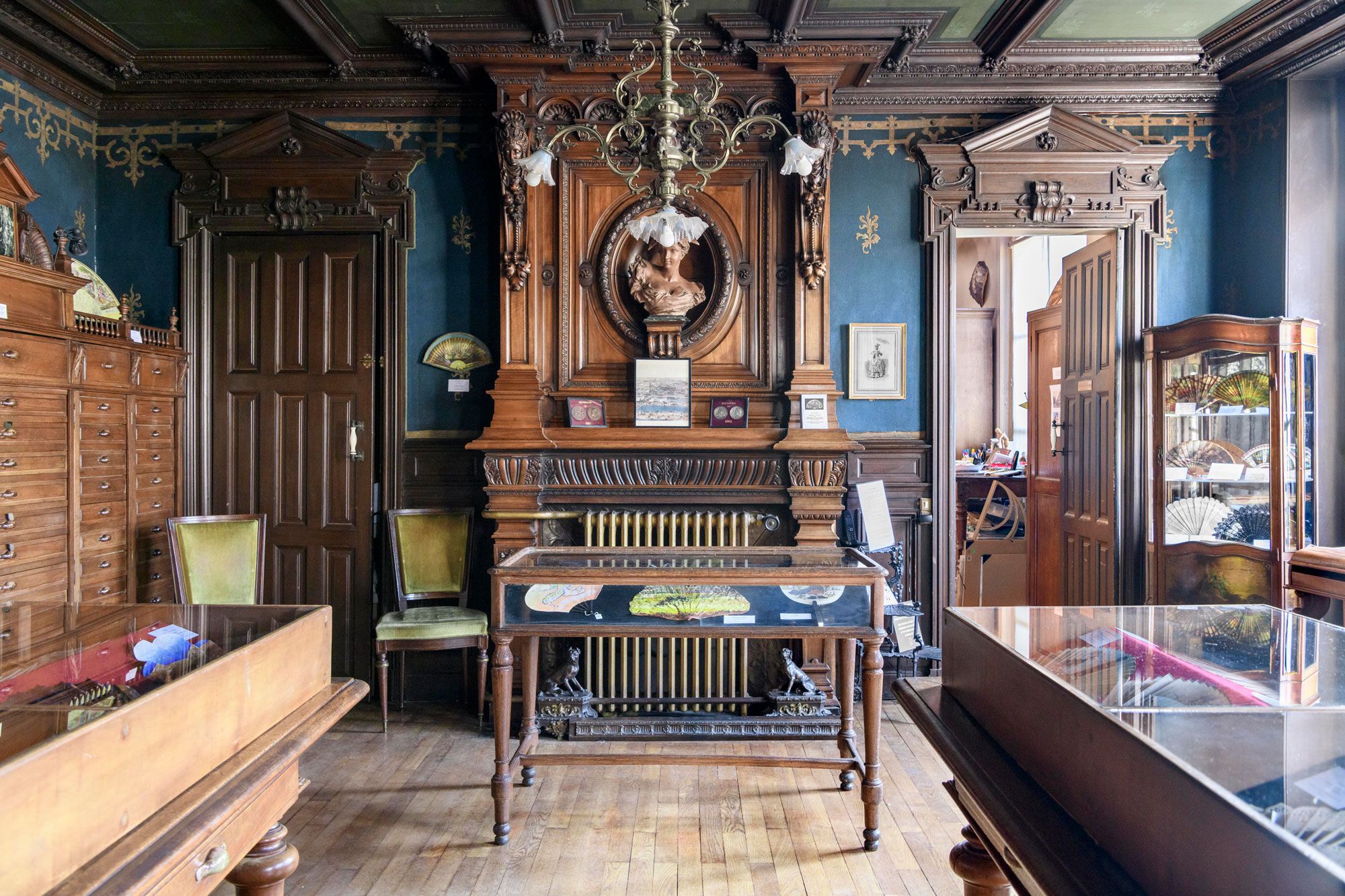 Facing eviction, the Fan Museum in Paris is crowdfunding to pay back rent arrears of more than €117,000 Photo: courtesy of Anne Hoguet, Musée de l'Eventail

Nestled on the fourth floor of a Haussmann building in Paris, the Fan Museum (Musée de l’Eventail) holds around 2,500 hand fans from the Renaissance to today and is the first collection of its kind in France. But this heritage is now at risk of being lost as its owner is threatened with eviction due to unpaid debts that have mounted during the Covid-19 crisis.

The museum at 2 Boulevard de Strasbourg doubles as a fan-making workshop run by 74-year-old Anne Hoguet, who has continued the artisanal business established by her great-grandfather in the Oise region in 1876. She first took up the family craft in 1960, at the age of 14. On the advice of the City of Paris and with the financial support of an association of private donors, Hoguet opened the workshop as a museum in 1993. It was officially designated a historic monument in 2004.

The Fan Museum has endured rising rents over the decades and its increasingly indebted friends’ association decided to close it to the public back in 2016, against Hoguet’s wishes. The museum reopened by appointment in 2019, but the drastic loss of income during the pandemic—from visitors and client commissions to make or restore fans—has pushed its finances to the brink.

Since 2003, the building has been owned by a semi-public company, Elogie Siemp, which leases the 200 sq. m apartment to the museum for €9,600 quarterly (€3,200 a month). On 23 December, the landlord served Hoguet with an order to pay rent arrears amounting to €117,000 by mid-March, or face eviction and the seizure of the museum’s fan collection by bailiffs. 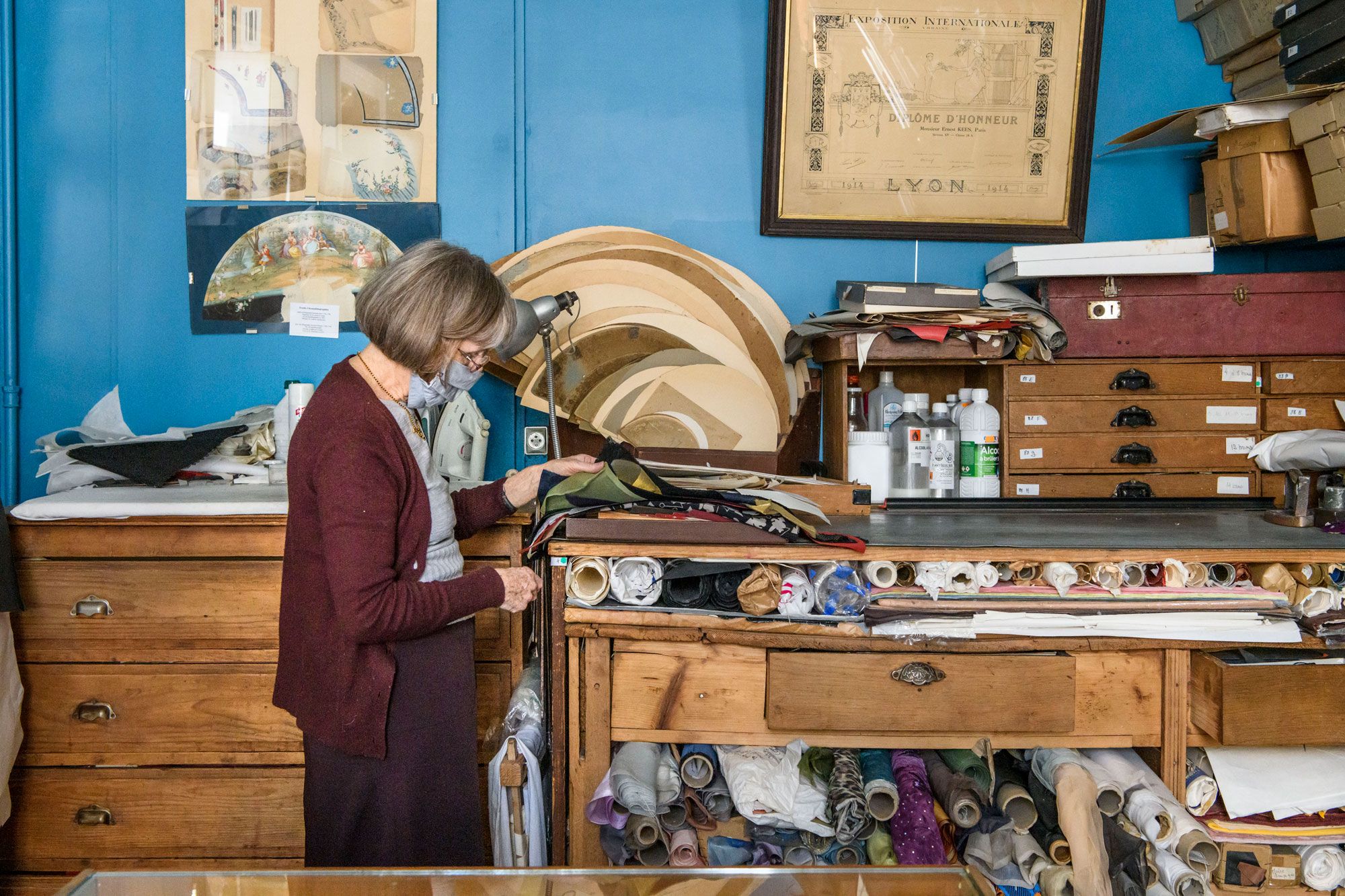 Fan-maker Anne Hoguet, 74, turned the family workshop into a museum in 1993; it was designated a historic monument in 2004 Photo: courtesy of Anne Hoguet, Musée de l'Eventail

In February, Hoguet launched a crowdfunding campaign to raise the funds to pay off the debt; to date, more than 1,500 contributors have pledged around €66,000. More than 21,000 people have signed a further petition, backed by the local councillor Bertil Fort, calling on the City of Paris to help the museum renegotiate its debts, find new funding sources and potentially a new venue in the area.

According to Karen Taïeb, the deputy mayor of Paris in charge of cultural heritage, city hall is currently “looking for solutions to support [Hoguet]”. The municipal authorities have already stepped in to delay the landlord’s March payment deadline.

“Had it been anyone else, she would have already been evicted,” Taïeb says. “I am still hoping to find a place to put the collection for safekeeping, until we find a museum likely to showcase it. There is no leaving this unique heritage in storage.” 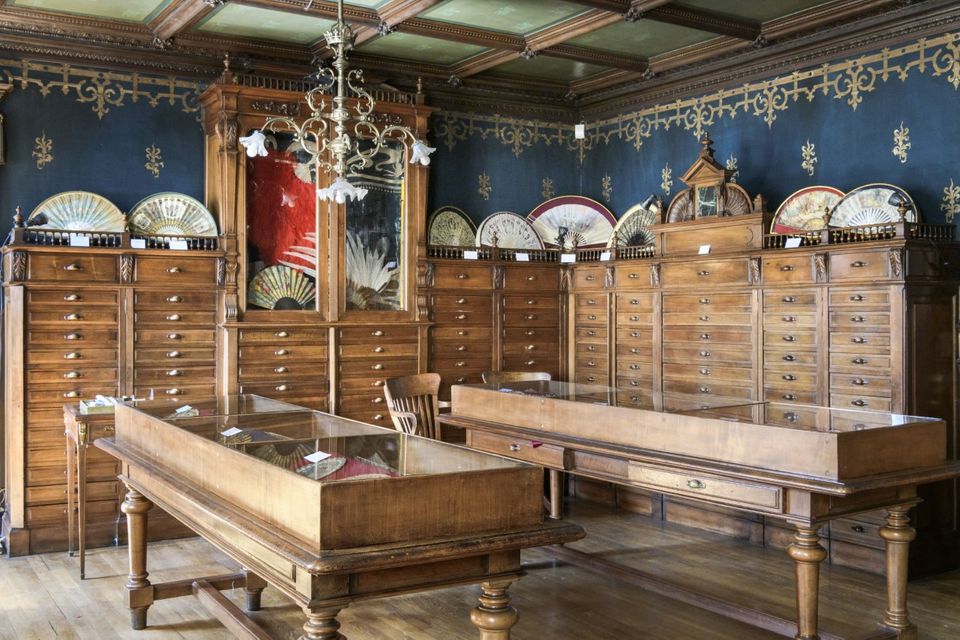 The City of Paris is seeking an alternate venue to safeguard the Fan Museum's collection of around 2,500 items from seizure by bailiffs Photo: courtesy of Anne Hoguet, Musée de l'Eventail

In a bid to find an alternate venue to hold and display the collection, the deputy mayor recently co-signed a letter, together with her counterparts in charge of culture and fashion, to luxury fashion houses such as LVMH and Chanel, some of which have previously commissioned fans from Hoguet’s workshop.

Meanwhile, on 26 May, a summary judge of the Paris judicial court decided to appoint a mediator to oversee a final round of debt negotiations between the Fan Museum and the landlord, scheduled for 29 July. In a message thanking supporters of the museum’s crowdfunding campaign on 1 June, Hoguet says the “unexpected sum” donated so far was “undoubtedly the determining element” in the reprieve.

Hoguet is leaving nothing to chance and tells The Art Newspaper she is making enquiries of her own to potential buyers of the collection. “I still believe in miracles,” she says. “Otherwise I would have given up long ago.”