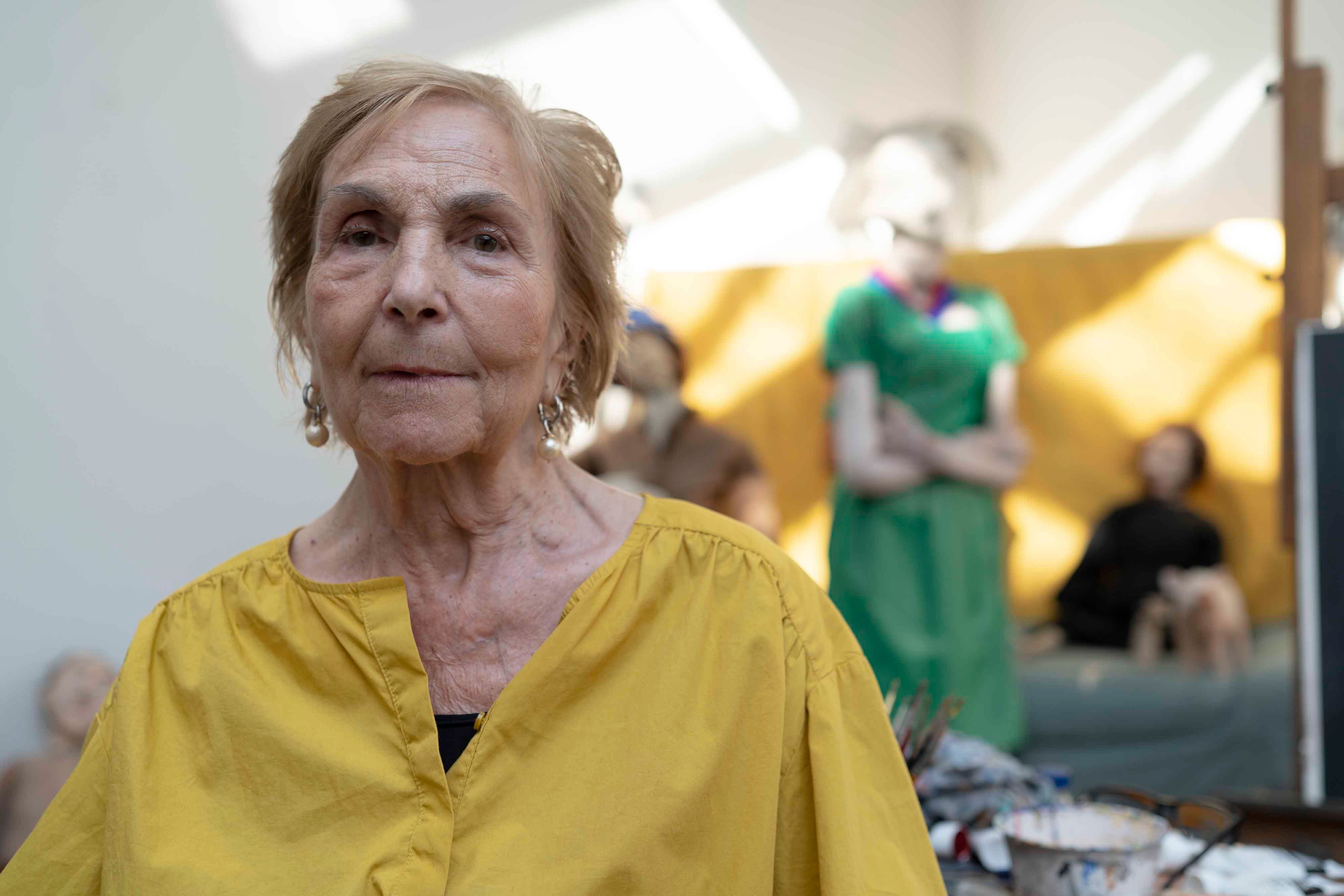 Victoria Miro, a gallery known for its strong line-up of women artists, particularly painters, will feature the Lisbon-born, London-based artist in its online presentation for Frieze London next week (9-16 October) and plans a major show of Rego’s work in the latter part of 2021. Rego’s largest retrospective to date will also take place at Tate Britain next year (16 June to 24 October 2021).

“I have greatly admired Paula Rego for many years,” Victoria Miro says. “She is a fearless artist who paints life and the world head- on. Her work resonates today more powerfully than ever and I am excited to bring it to new audiences.” Rego says she has known Miro for many years and believes she “really understands my work so I hope that this will prove to be a long and happy relationship.”

Rego’s uncompromising work tackles the uncomfortable truths of human existence—and particularly of the experience (and suffering) of women—often through a darkly folkloric narrative. Abortion, genital mutilation and honour killings are subjects she returns to again and again. But her women are always strong, defiant—think of the tough, snarling figures of her Dog Women series, begun in 1994 and still inspiring many a life-drawing class.

And yet, the 85-year-old artist’s prices have remained behind many male artists of her generation and renown—her auction record is $1.8m, set in 2015, although, anecdotally, her works sell for as much as $6m on the private market.

Last year at Art Basel, Marlborough dedicated its booth to new works by Rego, fantastical papier-mâché sculptures of humans and animals (priced between $300,000 and $450,000) alongside some larger paintings from the 1980s, priced in the $3m range.

Marlborough gallery has wound down its operations recently and last month, members of the board of Marlborough Gallery and the gallery's former president, Max Levai, launched competing lawsuits against each other in New York's Supreme Court. Marlborough is claiming Levai and his father, Pierre, mismanaged the gallery and "were engaged in a pattern of self-interested and self-enriching transactions" and is demanding $8m in damages.

But Max Levai is countersuing, filing his own suit against the gallery and two board members, accusing them of a "scheme" that allegedly involved wresting control of he business from his family and damaging his reputation following his departure from the gallery in June. He is seeking at least $10.8m in damages.