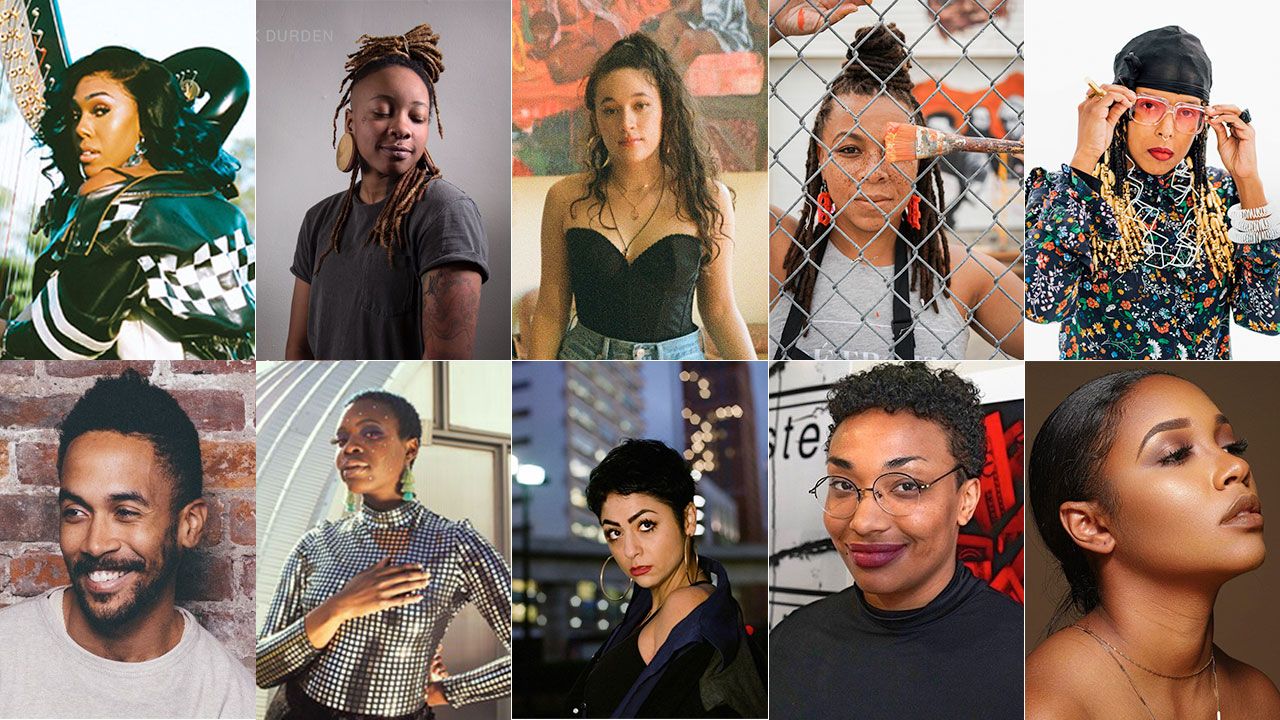 Historically, “Detroit visual artists have been overlooked and underrated nationally,” says McArthur Binion, 74, who grew up in the city and was among the first African Americans to receive his MFA from the prestigious Cranbrook Academy of Art in the suburb of Bloomfield Hills. “We’re now seeing that start to change. That’s the narrative that we’re focused on supporting.”

In 2019, the Chicago-based painter launched the Modern Ancient Brown Foundation to help young, under-represented artists of colour living and working in his hometown. After decades of working largely under the radar himself, Binion has received a surge of art world attention in recent years, including the prominent placement of his abstract grids painted over collages of personal documents and images in “Viva Arte Viva” at the 2017 Venice Biennale. Now represented by galleries including Lehmann Maupin in New York, Hong Kong, Seoul and London; Richard Gray in Chicago and New York, and Massimo De Carlo in Milan, London, and Hong Kong, Binion is directing his late-in-life success toward an ambitious slate of programmes, all self-funded, to help Detroit-based artists tell their own stories.

A writer before he was a visual artist, Binion has created a writing residency to give artists time and space to explore identity and narrative outside their primary discipline. Starting next summer, through an invitation from Binion, two artists will each receive a $10,000 grant and use of an apartment for up to three months in a renovated church rectory just east of downtown Detroit.

“McArthur always talks about how he found his voice before he found his hand, which gave him a very clear point of view in the way he approaches his work,” says Nia Batts, the executive director of his foundation. The organisation’s office is also housed at the rectory, where a growing collection of works by diverse emerging and established artists is displayed. The foundation has begun commissioning self-portraits, the first by the Ghanaian-born, Detroit-based painter Conrad Egyir, in another initiative to support young artists.

After having to postpone the writing residency in 2020 because of the pandemic, the foundation quickly pivoted by starting its Pay-It-Forward Campaign. In September, it awarded five local artists unrestricted grants of $1,500 and each the ability to select another artist in the Detroit community to receive an additional $1,500.

The portrait painter Gisela McDaniel—among the inaugural grantees, which also included Bakpak Durden, Ahya Simone, Sydney James and Tiff Massey—said the award came as an unexpected gift at a time when so many artists have lost income. She tapped Tony Rave to receive one of the second round of Pay-It-Forward grants this month, which went to Kesswa, Laura D. Gibson, Cyrah Dardas and Ijania Cortez as well. “Especially in the art world right now, there're a lot of conversations about institutions not being inclusive enough and it's nice to have that power handed over to the artist,” McDaniel says.

Next month, undergraduates at local universities can apply for a painting seminar with Binion that will start in the spring. Five selected students will have the opportunity to bring their work to Binion's new studio, now under construction in Southwest Detroit, and participate in a graduate school-style critical process. For Binion, who taught at Columbia College in Chicago from 1993 to 2015, it is a way to reconnect with teaching.

“McArthur's had such significant success over the past few years,” Batts says, “and I think the foundation and the programming and his ability to participate directly in this is a celebration for him of the journey.”