Archaeologists say the tablets, unearthed nearly a century ago, are akin to receipts 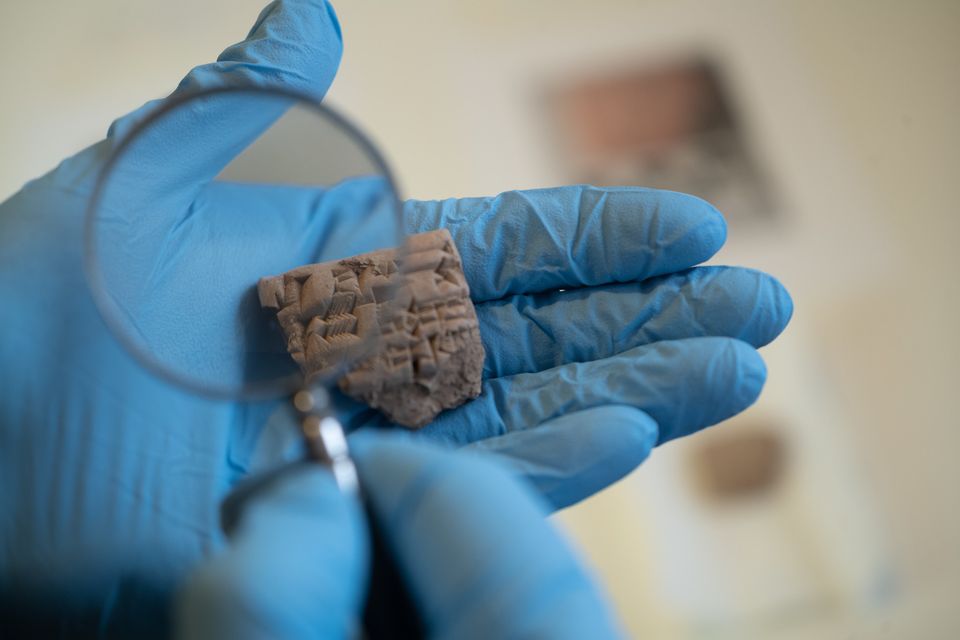 Archaeologists from the University of Pennsylvania’s Penn Museum have delivered the fragments of 387 clay tablets to Iraq’s embassy in Washington DC in the start of a repatriation process. The museum’s researchers have determined that the tablets, which were excavated nearly a century ago in the ancient Mesopotamian city of Ur, were used to document economic transactions—similar to modern day receipts.

“The tablets are part of a large group that were sent out of Iraq from the early excavations at Ur,” said William Hafford, a research associate at the museum who made the trip to Washington DC on Wednesday. “They are fragments of economic texts from the Third Dynasty of Ur, dating between 2100 and 2000 BCE. They document transactions and the receipt of goods to the palace or temple.”

“Some have the seals of administrators still visible, and some have year dates of various Ur III kings,” he added.

The tablets were retrieved between 1922 and 1934 during excavations jointly sponsored by the Penn Museum and the British Museum. Roughly 7,500 tablets and fragments were brought to Philadelphia under a loan agreement with the Iraqi government stating that they would be researched at the university museum and then returned.

Hafford said that Penn Museum researchers published their findings about the best preserved and most complete tablets in 1937 (around 1,800 pieces) and about a second group of “moderately well preserved” tablets in 1976 (around 1,400 pieces). “Most of the first batch and all of the second have already been returned to Iraq,” he said. “The remaining fragments are the hardest to study because they are mostly small and broken.”

Hafford said that the tablets were originally removed for study “because in the 1920s and 30s, Iraq did not have the facilities or specialists to conduct the long-term study needed. At this point, they do have the capability, so we have selected the fragments that can best travel and are sending those back.’’

Roughly 3,500 fragments in very poor condition will remain at the Penn Museum. When they were first discovered, these pieces had been laid underneath brick and were being used as foundational material in house construction. These remaining fragments are extremely fragile, and conservators are seeking ways to ensure they can be preserved and protected before sending them back to Iraq.