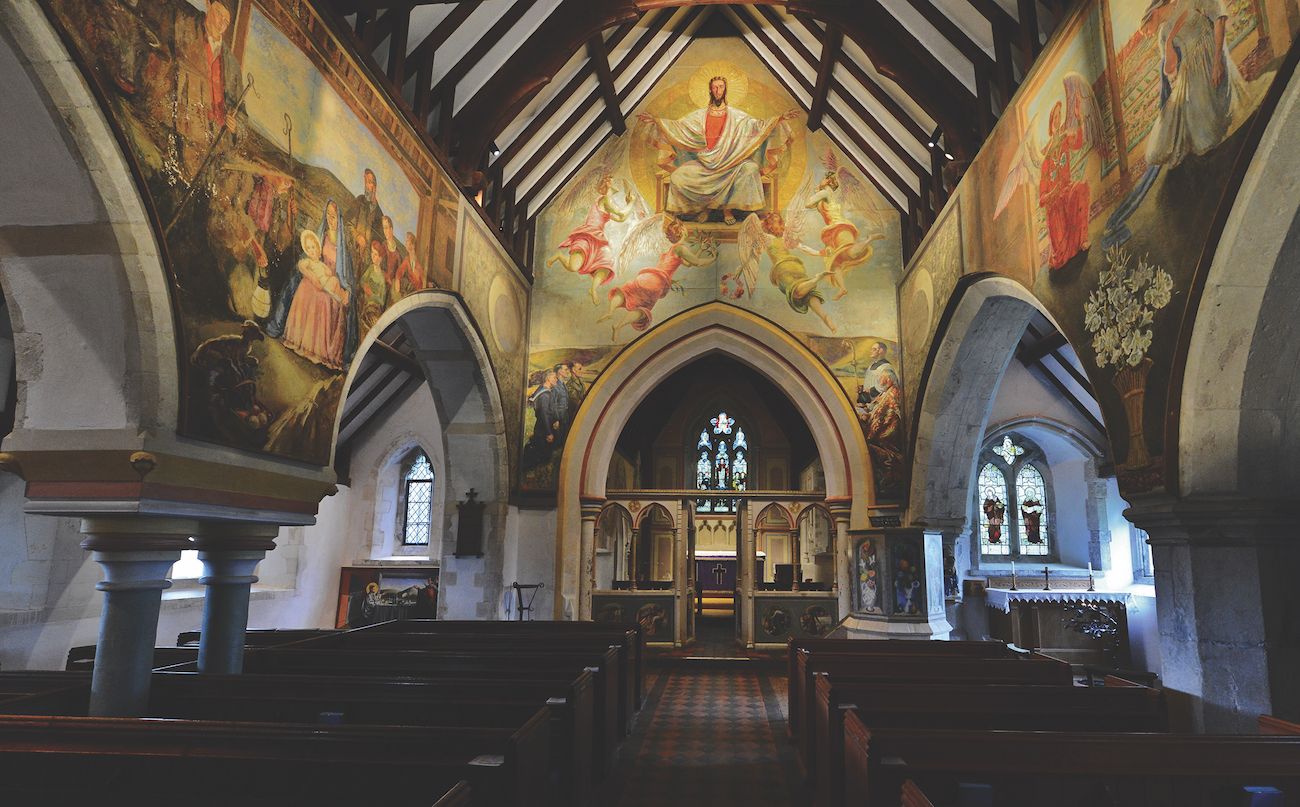 The Berwick church is famous for its wall paintings by Bloomsbury Group artists, who lived nearby, but is embroiled in a dispute about whether its pews should go © Michael Garlick

The medieval church of Berwick in Sussex is revered by the Bloomsbury-ites for its wall paintings by Duncan Grant, Vanessa Bell and Quentin Bell. Delightfully set below the South Downs, the church was restored from 1855 to 1856 by Henry Woodyer, a distinguished architect, who also provided a set of pews. All the pews on the south side were later removed, and replaced with chairs, but in 1972 new pews were installed. Those were also removed last year when underfloor heating was installed, and now the parish wants, instead of putting them back, to use chairs and benches, to provide “flexibility”. There is such passionate opposition to the proposal that it looks as if the church might relent. But why have “pews” become such a burning issue?

The church is Grade I listed, but the Church of England enjoys what is known as the Ecclesiastical Exemption from the Listed Building Consent, by which local authorities deal with proposed changes to buildings. This means that the decision on the pews will be taken by the chancellor of the diocese of Chichester, to whom the jurisdiction is delegated by the bishop. The chancellor is advised by the Diocesan Advisory Committee, though he is not obliged to follow its advice. Chancellors are lawyers, who rarely have any expertise in architectural matters, unlike the planning inspectors, who make decisions after public inquiries into secular planning cases.

If there are objections to proposed changes, decisions are sometimes taken on the basis of written representations from interested parties, who include the National Amenity Societies (six designated organisations that have expertise in areas of architecture, heritage or archaeology), but the chancellor may decide to hold a Consistory Court, which has the status of a judicial hearing. They can award costs against parties opposing the faculty petition, which naturally acts as a deterrent. However, the Victorian Society, for example, one of the National Amenity Societies, has not had to pay costs for many years. 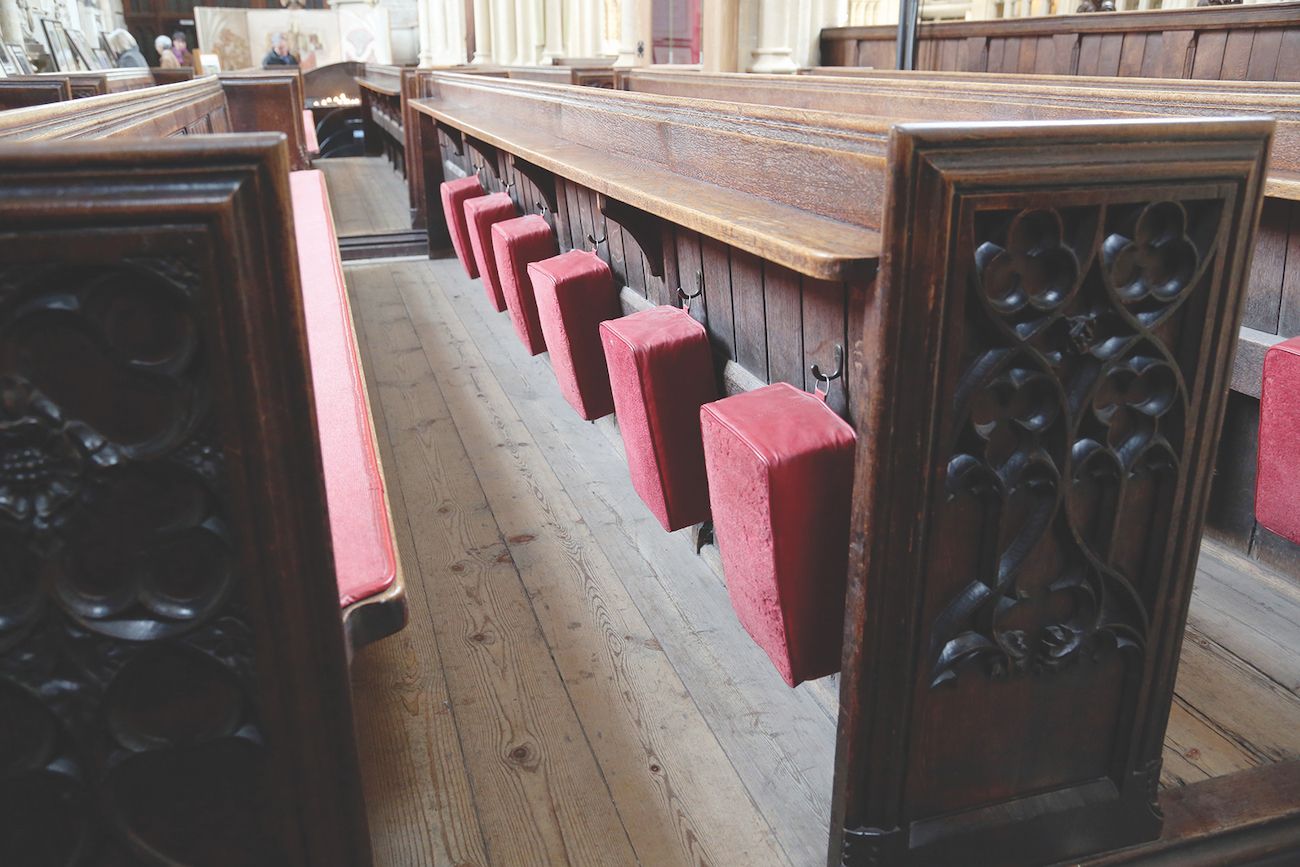 A recent decision in the diocese of Chichester is a case in point. Hurstpierpoint, also in Sussex, has a fine big church designed by Charles Barry. The parish wanted to remove all the pews, which are made to a striking design. The worship is evangelical, and the parish wants to have complete “flexibility” to use the church for a variety of purposes. Strong opposition was made by the Victorian Society, but after a court hearing, the chancellor, Mark Hill, gave his approval. He admitted that “the seating scheme… is of high significance, and the removal of the pews will result in harm to the building”, but he decided that the parish’s “need” eighed these considerations.

A notorious recent case was Bath Abbey, which had exceptionally fine and richly carved pews designed by Gilbert Scott. After a Consistory Court hearing, the chancellor permitted their removal.

The plain fact is that, on the whole, Anglicans no longer regard their churches as sacred structures; they want to be able to use them for all kinds of purposes. So, for example, the removal of the pews designed by G.E. Street from the medieval St Mary’s, Witney in Oxfordshire gives space for the beer festivals on which the rector is so keen. This approach is often supposedly justified by the use of churches in the Middle Ages for secular uses, the evidence for which is dubious. It is also claimed that medieval churches had no fixed seating, which to anyone who knows East Anglia, for example, is simply mistaken.

It is regrettable that adaptation for new uses is supported by the Heritage Lottery Fund, which insists that there must be provision for community use before it will give grants to churches. This poses difficulties for the Roman Catholics, who will not countenance such use. Unfortunately, Historic England also gives its blessing to community use, and, even more unfortunately, so does the National Churches Trust. It is frequently argued that, unless the church building can find additional uses, it will have to close, or at least face financial hardship, but these arguments are over-used and untested.

In 2018 the chancellor of the diocese of Gloucester claimed that “middle-class church-goers are obsessed with pews and heritage at the expense of religious belief”. This statement shows what those who value church buildings are up against.

At Hurstpierpoint the parish wants to allow for “a variety of worship”. The new Bishop of Dorchester is reportedly looking forward to the reopening of churches for “fellowship”—not worship. An Anglican clergyman recently delivered himself of the opinion that only the sermon really matters—not “the other stuff”. It is not surprising in such a climate of thought that church buildings are up for grabs. But some argue that the time has come when the Ecclesiastical Exemption should be removed, or the adversarial and legalistic method by which unqualified chancellors take the decisions should be thoroughly rethought. Church buildings are as much, if not more, important a component of the public patrimony as secular buildings.