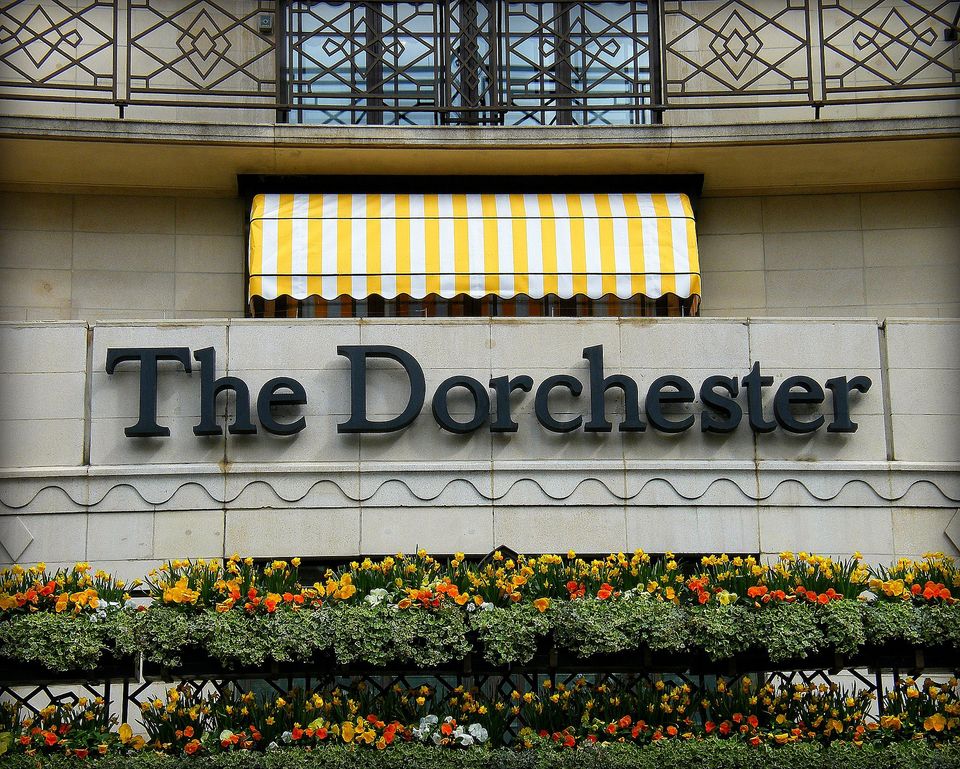 Photo London is scrambling to distance itself from a partnership announced earlier this year with the Dorchester Hotel and 45 Park Lane, a pair of luxury London hotels owned by Hassanal Bolkiah, the Sultan of Brunei.

The annual photography fair, held every May at London’s Somerset House, developed an official partnership with the Dorchester Collection, a group of luxury hotels owned by the Sultan of the Southeast Asian kingdom, which recently made international headlines after enacting laws that ban gay or extramarital sex—punishable by death by stoning.

Photo London is "currently undertaking urgent steps to exit from this contract" after receiving criticism—and the potential threat of boycott—from London’s photography community, including key exhibitors and advocates of the fair.

Tim Clark, the editor of the 1000 Words photography magazine and a respected photography curator based in London, fronted the campaign against Photo London's partnership.

“The fact that Photo London seemingly had no qualms about using, as its hotel partner, the so-called Dorchester Collection, owned by the Sultan of Brunei Hassanal Bolkiah, is deeply concerning,” Clark says.

“It not only implicates Photo London but also, by natural extension, our sector in a system of horrific violence and oppression.”

Clark gained the support of prominent photography curators, artists, gallerists and dealers. Prominent names to add their voice to Clark’s campaign include the British photographers Ed Sykes and Niall McDiarmid, the American curator Peggy Sue Amison and the London-based artist Karen Knorr, who will be exhibiting with a solo presentation at the fair.

Photo London responded to Clark with a statement before then going public: "Photo London signed a hotel partnership with the Dorchester Collection many months ago. At that time, like most people, we were unaware of the Sultan of Brunei’s proposed legislation in relation to adultery and gay people. We abhor these proposals and are currently undertaking urgent steps to exit from this contract. We have cancelled all proposed events at the hotel and are currently rehousing our exhibitors."

Various events and talks were due to be held at the hotel during the fair, whilst patrons of Photo London were due to stay at the hotel throughout the course of the fair. The Dorchester Collection invited residents of their London hotels to attend the fair via their website, whilst The Dorchester Collection’s branding was also prominent on Photo London’s marketing materials. It has since been removed.

Other large British organisations have publicly severed ties with the Dorchester Collection since news of the laws emerged. The Conservative party, the UK Police Federation and international bank JPMorgan have banned staff from using these hotels, whilst the singer Elton John—a renowned photography collector—and the actor George Clooney have leant their names to a public boycott. The Dorchester Collection also includes the Beverly Hills Hotel and Hotel Bel-Air in Los Angeles.

In response to the boycott, the Dorchester Collection said in a statement they “understand people’s anger and frustration but this is a political and religious issue that we don’t believe should be played out in our hotels and amongst our 3,630 employees.”

The Sultan has also publicly defended the new laws. “Brunei is a sovereign Islamic and fully independent country and, like all other independent countries, enforces its own rule of laws”, a statement from the prime minister's office said a few days before the law went into effect. The legislation aimed to “deter acts that are against the teachings of Islam,” the statement added.

In response to Photo London’s announcement, the photographer and London College of Communication lecturer Lewis Bush tweeted: “Brunei announced its intention to introduce an interpretation of Sharia law five years ago, and long before that it was already totally clear what the government's view of homosexuality was. You only acted when faced with a PR problem.”

“Photo London is of vital importance to the UK’s photography scene, and has done so much to help increase the culture, appreciation and market for our beloved medium in the last few years,” Clark tells The Art Newspaper. "It would be a shame to see its reputation affected by this unfortunate association. Ultimately, I'm glad they’ve done the correct and proper thing by withdrawing the contract; they will be on the right side of history.”