Photo London, now in its second edition, is leading the charge to make London a centre for the photography market. This year, exhibitor numbers have grown from 70 to 85 thanks to an additional pavilion in the courtyard of Somerset House. Co-founder Michael Benson said at the fair's press launch that the fair knew it had to find more space as early as last July, shortly after the inaugural event, because of the high volume of applications from galleries worldwide. "We had 200 applications for 12 places", Benson said.

In addition to the participating galleries, the event also has a well-developed public programme of exhibitions and talks, supported by Maya Hoffman’s Luma Foundation. The philanthropist was in London for the fair’s press preview yesterday (18 May). Some of the highlights this year include Wolfgang Tillmans’ Between Bridges project, a response to the Brexit campaign and rising anti-EU sentiment across the UK. Twenty-six posters, designed by the artist are on show on the outside of the fair’s new tent. 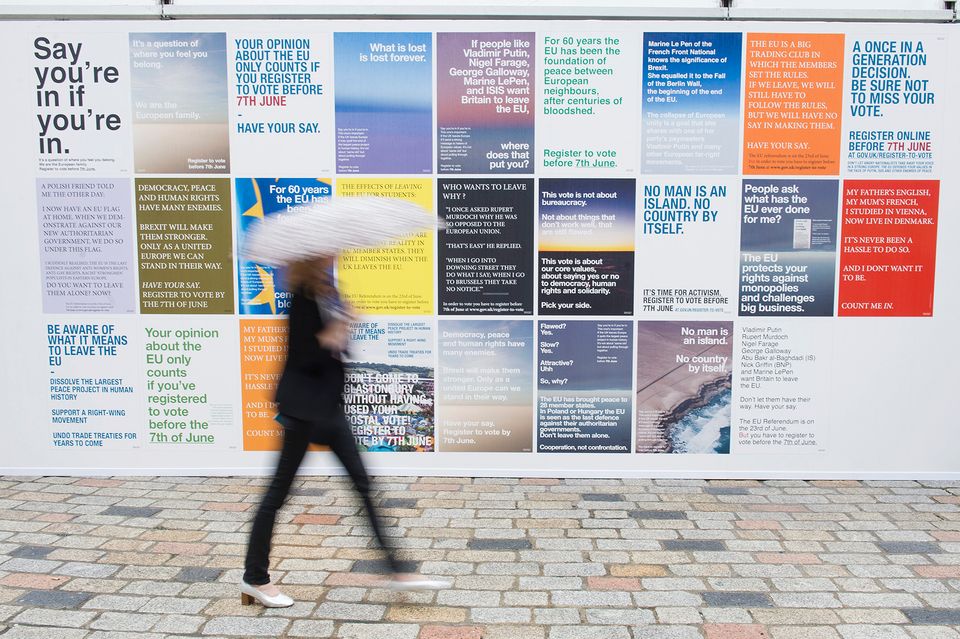 Wolfgang Tillman's installation, Between Bridges, at the opening of Photo London, 2016. Photo by Jeff Spicer/Getty Images for Photo London)

The political bent of Tillmans’ work sets the tone for many of the exhibitions within, such as a mini-retrospective on the veteran photojournalist Don McCullin. The one-room show in association with Hamiltons Gallery includes images of coal miners, riot police and soldiers from various conflicts including the Vietnam War. McCullin, who has just re-visted Palmyra in Syria, was named this year’s Photo London Master of Photography. 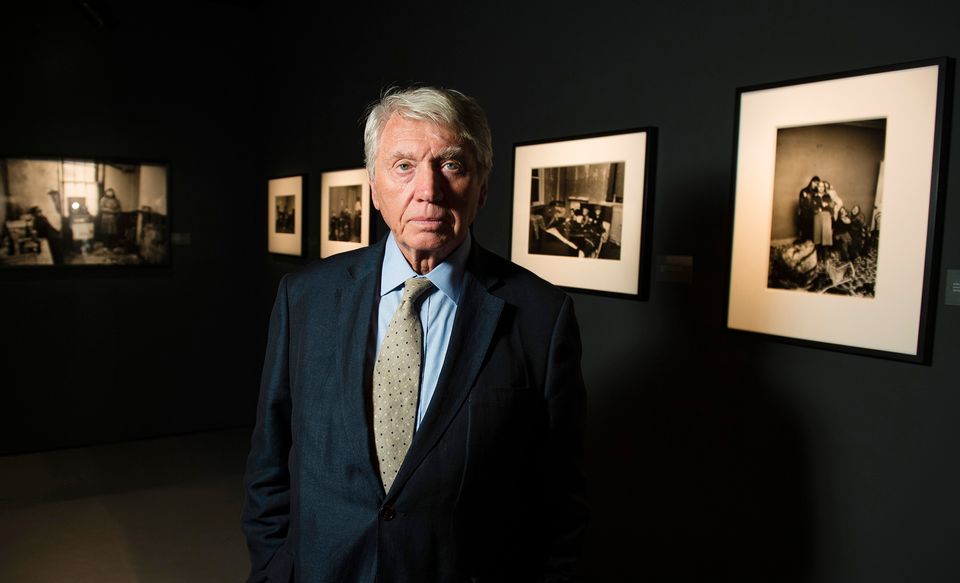 Don McCullin at the opening of Photo London, with his photos in the background. Photo: Photo by Jeff Spicer/Getty Images for Photo London)

Moscow’s Multimedia Art Museum has put together an impressive exhibition of works by Sergey Chilikov, of subversive portraits of life and its "many absurdities" in the final decades of the USSR.

Meanwhile, on the terrace overlooking the Thames, the artist Martin Parr presents the Real Food Van, which serves up quirky British food inspired by photographs from his book Real Food? 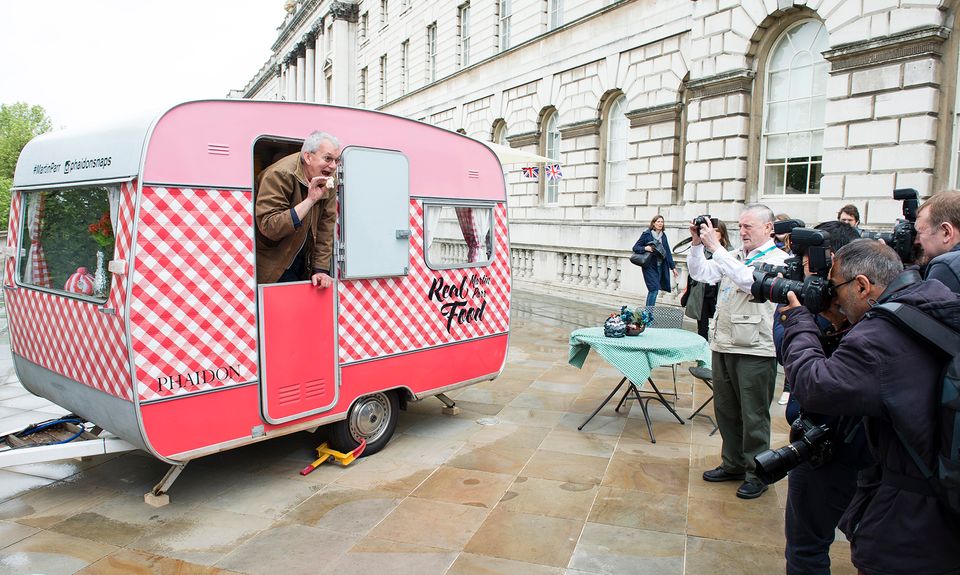 Martin Parr with his caravan installation at the opening of Photo London. Photo: Jeff Spicer/Getty Images for Photo London

Among the exhibitiors, big-name galleries such as Ben Brown Fine Arts, Daniel Blau, Michael Hoppen are mixed in with smaller outfits. White Space Gallery is showing a series of re-editioned prints of Polaroids by the Russian film director Andrei Tarkovsky, priced at around £2,000 each. Antony Cairns’ work at London’s Roman Road Gallery was a particular talking point, prices range from £2,500 to £7,000. The artist’s E.I.Screen series, which he started in 2015, uses electronic ink technology to impress images onto a digital screen. Usually a temporary medium, the artist has embedded these screens into sculptural installations, making them permanent. His work will go on view in the autumn at the George Eastman Museum in Rochester, New York.

• Photo London, Somerset House, until 22 May