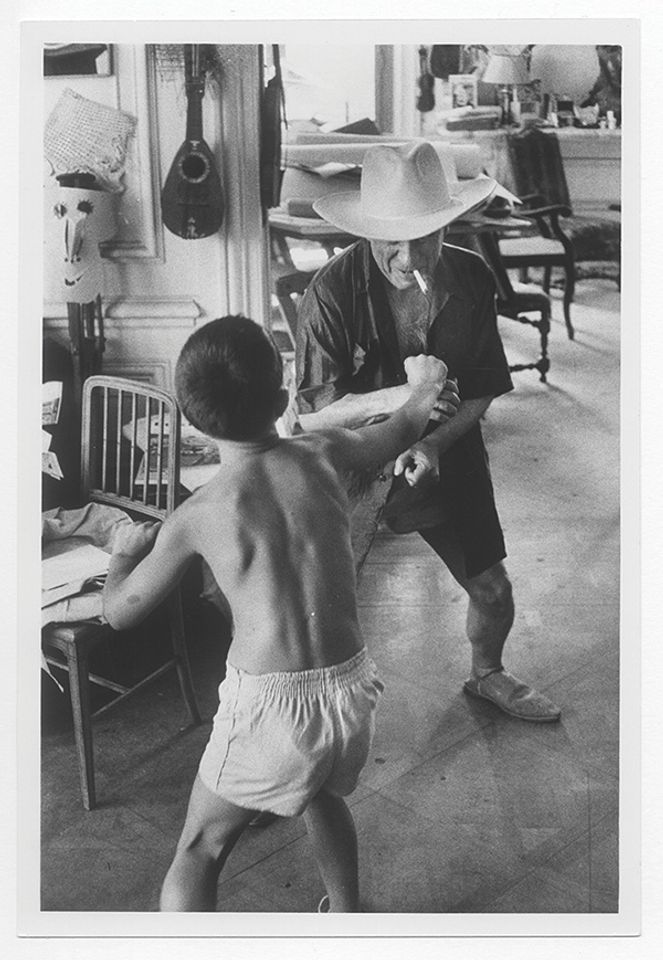 In February 1956, David Douglas Duncan rang the doorbell of La Californie, a tree-ringed home on the outskirts of Cannes, France. Jacqueline Roque answered the door, led the photographer upstairs and introduced him to her husband, Pablo Picasso. The 74-year-old Spanish artist was, at that moment, soaking in the bath. Duncan asked Picasso if he might allow him to take his portrait as he bathed. He agreed. From that starting point, the photographer developed a friendship with Picasso that lasted until the great artist’s death 17 years later, in 1973.

Duncan, a renowned war photographer who had captured the Second World War and the Vietnam War for Life magazine, took 25,000 images of Picasso over that time, providing hitherto unseen glimpses of the artist’s private life. Now, an exhibition of Duncan’s portraits of Picasso at play is on show at Hauser & Wirth's Le Vieux Chalet in Gstaad, Switzerland. The exhibition is co-organised by Picasso’s son, Claude, who appears in many of Duncan’s photographs, including this one from 1957, play-fighting with his father, who is wearing the actor Gary Cooper’s cowboy hat.