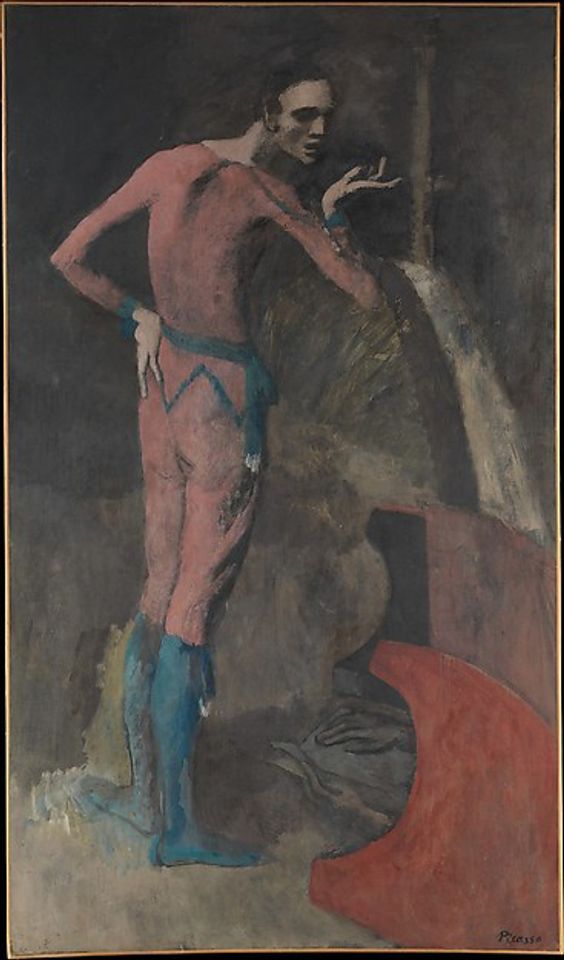 A New York court ruled today (7 February) that the Metropolitan Museum of Art remains the legal owner of Pablo Picasso’s The Actor (1904-05) and can keep the painting. Judge Loretta Preska dismissed a claim on the painting by Laurel Zuckerman, the great-grand niece of its former owner, the German-Jewish businessman Paul Freidrich Leffmann, who had said that he sold the piece under duress when fleeing the Nazis in 1938.

According to the judge, the Leffmann estate failed to establish that the painting was sold under wrongful threat or duress, since it “occurred between private individuals, not at the command of the Fascist or Nazi governments”. Although Preska acknowledges in her ruling that “the Leffmanns felt economic pressure during the undeniably horrific circumstances of the Nazi and Fascist regimes,” the sale of the painting was not forced.

After escaping to Italy from Germany, Paul Leffmann and his wife, Alice, sold the work to the Parisian art dealers Hugo Perls and Paul Rosenberg for the below-market price of $13,200 to pay for their escape to Switzerland and eventually Brazil. A few years later, the American socialite Thelma Chrysler Foy bought the painting for $22,500 through Knoedler Gallery in New York, and gifted it to the Met in 1952. The lawsuit had sought payment for the painting—$100m after converting the later sale price to current terms—and a declaration that the estate was its sole owner.

The judge’s ruling states that the Leffmanns “negotiated with several parties prior to the 1938 transaction, rejected offers from other dealers, and attempted to ‘improve [their] leverage to maximize’ the sales price before ultimately accepting an offer from Perls and Rosenberg, the proceeds of which the Leffmanns retained and used in later years.” She adds: “The fact that the Leffmans spent several years looking to sell the Painting, rejected other offers, and had additional assets including properties in Italy that they sold to an Italian businessman in 1937, suggests that they had other financial alternatives.”

The Met says in a statement that it welcomed the judge’s ruling. The museum added that while it “considers all Nazi-era claims thoroughly and responsibly, and that objects have been returned when evidence has demanded it”, in this case “as the court clearly explained, the painting was never in the hands of the Nazis and was never sold or transferred as a result of Nazi-era duress”.

A lawyer for Zuckerman told Reuters in a statement: “Our client is very disappointed with the decision and intends to appeal.”