Is the Spanish artist’s star turn in London the start of a new phase of his market, or business as usual? 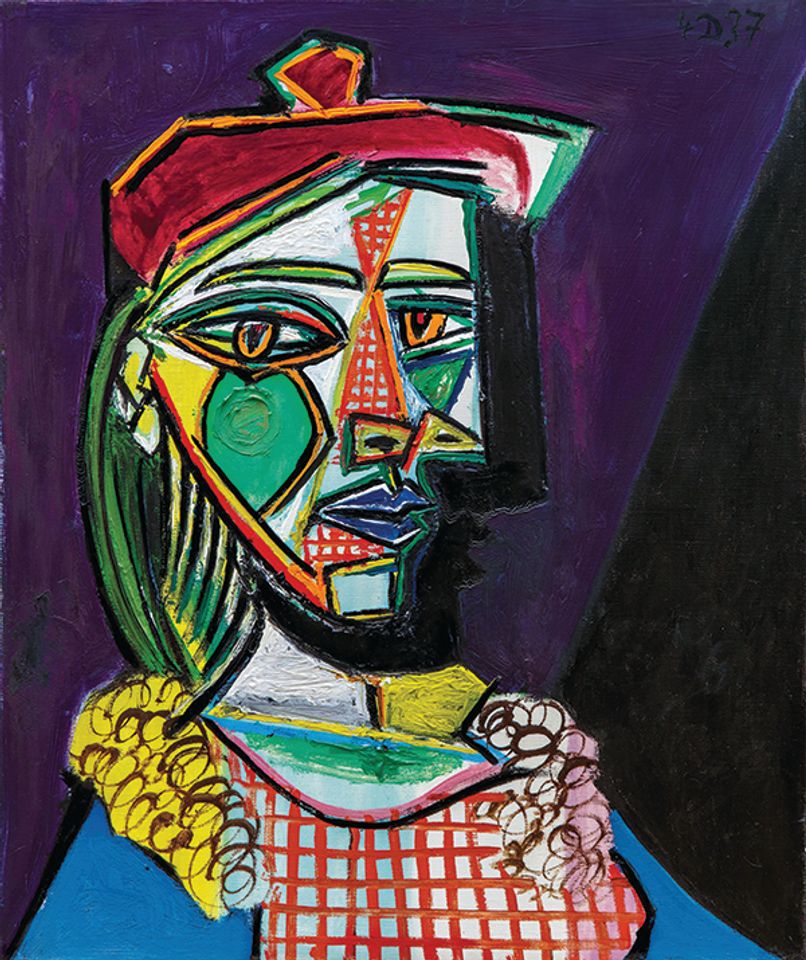 If there is any solid takeaway from the recent round of evening auctions in London, it would certainly fall on the broad shoulders of Pablo Picasso. Sixteen of the Spanish master’s works dating from 1908 to 1970 were auctioned at Christie’s, Sotheby’s and Phillips, collectively realising £163,439,750 (or $227.8m, including fees). The offerings ranged from the prime-period cover lot at Sotheby’s, Femme au beret et à la robe quadrille (Marie-Thérèse Walter) (1937), which made a justifiably juicy £49.9m, to Christie’s barely boisterous Mousquetaire et nu assis (1967), which just squeaked past its third-party backed bid at £13.7m.

The season’s surfeit of Picassos is not an unprecedented number. Take, for example, the sale of the Stanley J. Seeger collection of works by Picasso, held at Sotheby’s New York in November 1993, which brought $32m for 88 paintings and works on paper. The simultaneous appearance of two valuable Marie-Thérèse-themed works (at Sotheby’s and Phillips), however, suggests high confidence on the part of auction houses and consignors. It is not misplaced: since 1998, the average price for an evening-sale Picasso has gone from around $1.2m to around $7.5m.

Remarkably, one collector or entity snapped up at least 12 of the 16 works, bidding through Harry Smith, the chairman and managing director of the art advisory Gurr Johns, seated next to the firm’s Middle East consultant, Diane Abela, at Christie’s.

Dodging any question about the identity or modus operandi of the buyer, Smith described the factors that make Picasso the ideal name for today’s polarised yet democratising market. “He has the reputation, the recognition and legacy, which appeals to both new and established ­collectors from all over the world. His paintings have a regular supply to auction, which helps to keep momentum and confidence in his market, and uniquely, three of his paintings have sold at auction for over $100m.”

One has to ask, however, if the London spree was a curious anomaly or a broader indicator—and, if the latter, a sign Picasso’s star has hit a ceiling or found a new floor.

“I don’t think the Picasso market can be broadened any further,” says Thomas Seydoux of ­Geneva-based Seydoux & Associés Fine Art and a former head of Christie’s Impressionist and Modern Art in Europe. “Picasso is already—and by far—the most successful artist at auction and on the private market in terms of value, volume and media, and for works spanning from 1900 all the way to 1973. He’s already unique, and that’s probably why the mysterious buyer chose him in the first place.”

Seydoux suspects the buyer was a newer entrant in the market. “I’m not saying the Picassos were bad by any means, but the quality was uneven,” he says. “Once you have in your living room a painting like the Sotheby’s or Phillips Marie-Thérèse, the others may quickly look ‘secondary’, even for Picasso.”

Jeremiah Evarts, a director at New York’s Di Donna Galleries and the former head of Sotheby’s New York Impressionist and Modern evening sale, observes: “You have players who come into the market who may have been collecting in other types of luxury goods and start to look at Western art. It’s rare to see someone come in and be that strong right off the bat, but you’re dealing with one of the most recognisable names in art history.

“If it had been mediocre works that didn’t have any other bidders on them, then I might be worried that [the buyer’s] investment would take some time to recoup”, Evarts says. “I can’t imagine an artist I’d rather have my money in than Picasso.”

Philip Hoffman, chief executive of the Fine Art Group, says: “Often new buyers like to buy at auction. They feel more comfortable because they believe it’s like the open market. I don’t think it’s anything particularly smart. It’s just one guy wanting to start building a collection is what I sense. There’s not suddenly any bigger fascination with Picasso. There always will be a fascination with Picasso because he’s one of the top artists in the world.”

There are still plenty of Picassos to go around. Among them is a Rose period painting from the Peggy and David Rockefeller collection, Fillette à la corbeille fleurie (1905), which will be offered at Christie’s New York in May. “That’s something in a completely different league,” Hoffman says. The estimate is on request, but expected to reach $90m to $120m.