The artist Pierre Alechinsky, a leading figure in the 1940s expressionist Cobra group, and the sculptor Fujiko Nakaya, the first artist to have worked with fog as a sculptural medium, have won 15 million yen each (around £100,000) as recipients of the 2018 Praemium Imperiale awards.

The Praemium Imperiale, which was launched in 1989, is awarded annually in five fields—theatre or film, music, painting, sculpture and architecture—by the Japan Art Association in Tokyo. The prize, dubbed the Nobel prize for the arts, is backed by Japan’s imperial family.

Alechinsky, who won the painting prize, was born in Brussels and recently received French citizenship. He was a founding member of the Cobra group (Copenhagen-Brussels-Amsterdam), which launched in the late 1940s, and the artist moved to Paris to study engraving in 1951. 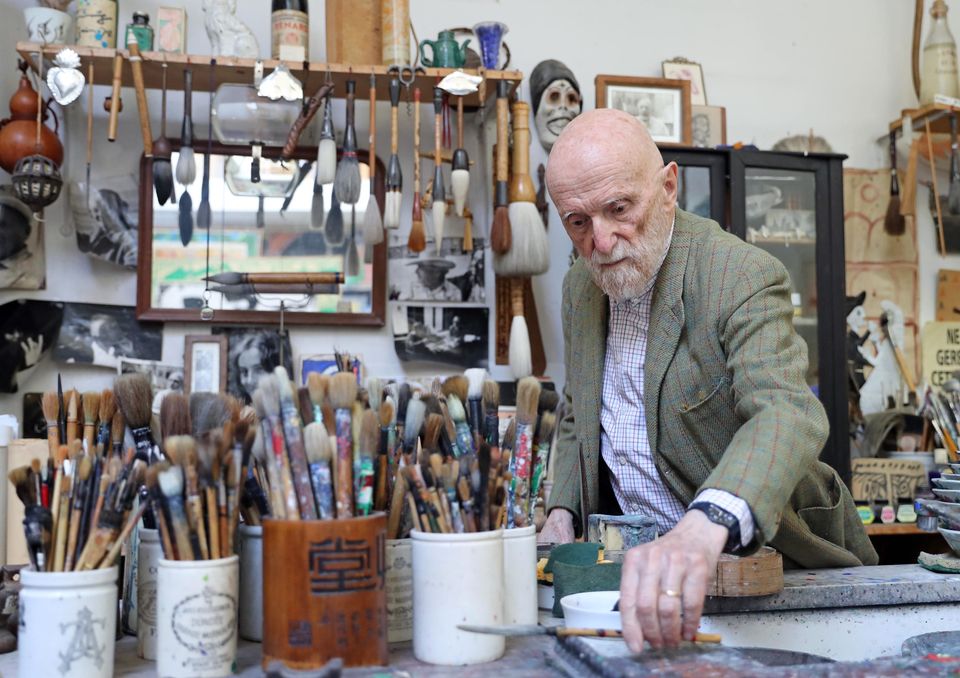 Pierre Alechinsky at his studio in Bougival, near Paris, in 2018 Courtesy of Praemium Imperiale

His style has varied, veering towards Asian calligraphy in the mid 1950s, becoming more fantastical and Bosch-esque towards the end of the same decade. A vast survey of his works was held last year at the National Museum of Art in Osaka; the Museum of Modern Art in New York owns more than 230 of his works including Grass-Snake (1962).

Nakaya won in the sculpture category; her famous fog sculptures are made using pure water, the first of which was unveiled at the Pepsi Pavilion of the Osaka Expo 70. Early last year, she created a site-specific work made of mist as the centrepiece of the BMW Tate Live Exhibition: Ten Days Six Nights. The artist told the i paper: “I’m trying to change the bad image of London fog, or smog, as it was named after the Industrial Revolution.”

Last year she told the Financial Times that she met Robert Rauschenberg in 1964 when he came to Japan with the Merce Cunningham Dance Company. “We became friends. He was the first person to buy my fog sculpture,” she said. The first large-scale retrospective of her work will be held this autumn at Art Tower Mito, Ibaraki, Japan (October-January 2019).