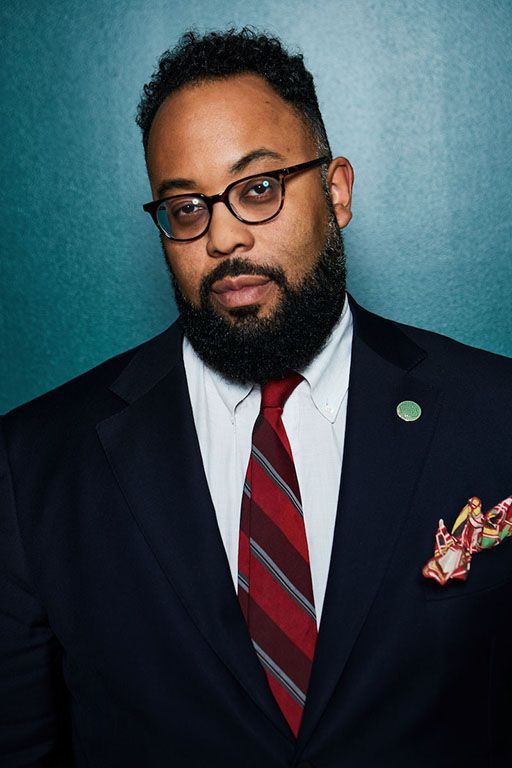 Kevin Young, the director of the Schomburg Center for Research in Black Culture in Harlem Melanie Dunea

The Smithsonian Institution has named Kevin Young, director of the Schomburg Center for Research in Black Culture in New York and poetry editor of The New Yorker magazine, as the new director of the National Museum of African American History and Culture (NMAAHC) in Washington, DC.

Young, a 49-year-old poet, archivist and author, will take over on 11 January and succeeds the museum’s founding director, Lonnie G. Bunch III, who was appointed the secretary of the Smithsonian last year. An interim director, Spencer Crew, has been leading the history and culture museum since Bunch assumed his new post.

Young has been the director of the Schomburg Center, a research division of the New York Public Library, since 2016. The Smithsonian says he has written 11 books of poetry and two works of nonfiction and is the editor of ten other works including the forthcoming book African American Poetry: 250 Years of Struggle and Song.

“Kevin will bring an exciting mix of scholarship, technological savvy and bold vision that builds on the foundational work of the many people who built the museum,” Bunch says in a statement. “As a poet, he understands how the museum fulfilled the dreams of many Americans, and under his leadership the museum will shape the hopes of future generations.”

Young says he is eager to assume his post at the NMAAHC, which has proved highly popular since it opened in 2016 and re-opened two weeks ago after a six-month shutdown related to the coronavirus pandemic.

“Having visited the museum myself with my family, I know what a powerful place it is, transforming visitors both in-person and online, and revealing the centrality of African American culture to the American experience,” he says in a statement. “I am eager to engage further directions in the museum’s mission, embracing our digital present and future while furthering conversations around Black history, art, liberation and joy.”

The Smithsonian says that Young has arranged several crucial acquisitions in his four years as director of the Schomburg Center, including the Harlem-based archives of Harry Belafonte, James Baldwin, Ossie Davis and Ruby Dee, Sonny Rollins and Fred “Fab 5 Freddy” Brathwaite. He also secured the acquisition of the manuscript of The Autobiography of Malcolm X, including a chapter that had been lost, it adds.

He raised $10m in grants and donations and boosted attendance by 40%, according to the Smithsonian, and raised the centre’s profile by overseeing the “Home to Harlem” initiative, a new Schomburg Center Literary Festival and the continuing Black Comic Book Festival.

Before joining the Schomburg Center, Young was a professor of creative writing and English at Emory University in Atlanta and the curator of Emory’s Raymond Danowski Poetry Library. He has produced a variety of poetry and cultural criticism.