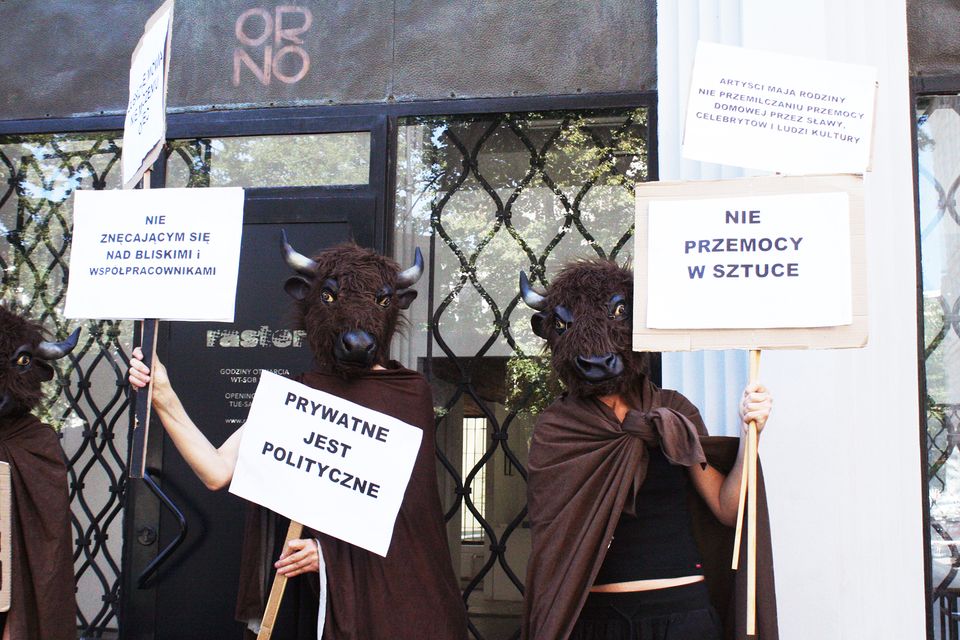 A group of demonstrators wearing bison masks called Zubryce Mowimy Nie (Bison Ladies We Say No) entered a gallery in Warsaw on 2 August to protest against a display of works by the Japanese photographer Nobuyoshi Araki. Known for his sexually charged images, Araki became embroiled in the #Metoo movement earlier this year when his long-time model Kaori accused him of exploiting and mistreating her for 16 years.

Foreign Bodies (until 4 August), a group show at Raster Gallery in the centre of the Polish capital, includes works from Araki’s series Love-Dream, Love-Nothing (2018) and Cosmoso (1993/1998), as well as pieces by Eva Kotatkova and Aneta Grzeszykowska. The exhibition explores the way in which contemporary culture treats the body as a malleable material, which can be “almost arbitrarily formed, shaped and deformed as needed”, according to the gallery’s website. 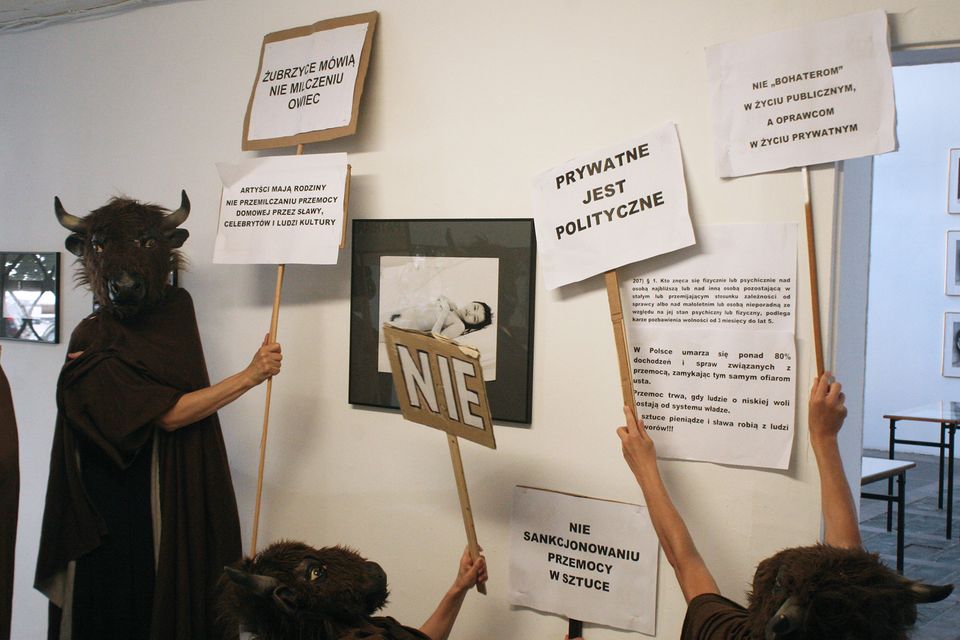 Objecting to the inclusion of Araki in the show, the protesters, a feminist art collective called Zubrzyce—the Polish word for a female bison, a national symbol—carried placards reading: “No to sanctioning violence in art” and scattered printed copies of Kaori’s blog, in which she made the accusations against Araki in April. “Zubrzyce stand in solidarity with Kaori’s letter and stand against violence, wherever it is applied,” according to a statement by the group.

Zubrzyce was established last year against the backdrop of Poland’s increasingly polarised political landscape. In a nod to the gorilla-mask-wearing US art collective Guerrilla Girls, the anonymous members wear bison masks for their interventions, which are frequently held at anti-government demonstrations. “We have a very conservative government whose politics undermine fundamental women’s rights,” says one of Zubrzyce’s founding members. “We are trying to find a new, strong way to object to this oppression,” she adds. The group staged its first protest at the annual feminist Manifa march in Warsaw on 5 March 2017, followed by several performances abroad, including last year’s Documenta in Kassel.

Raster Gallery did not respond to a request for comment on the protest.

• CORRECTION: This article was corrected on 4 August to amend a translation error. Zubryce translates to Bison Ladies not Bison Girls as previously stated.