Portrait believed to be Mary, Queen of Scots discovered beneath 16th-century painting 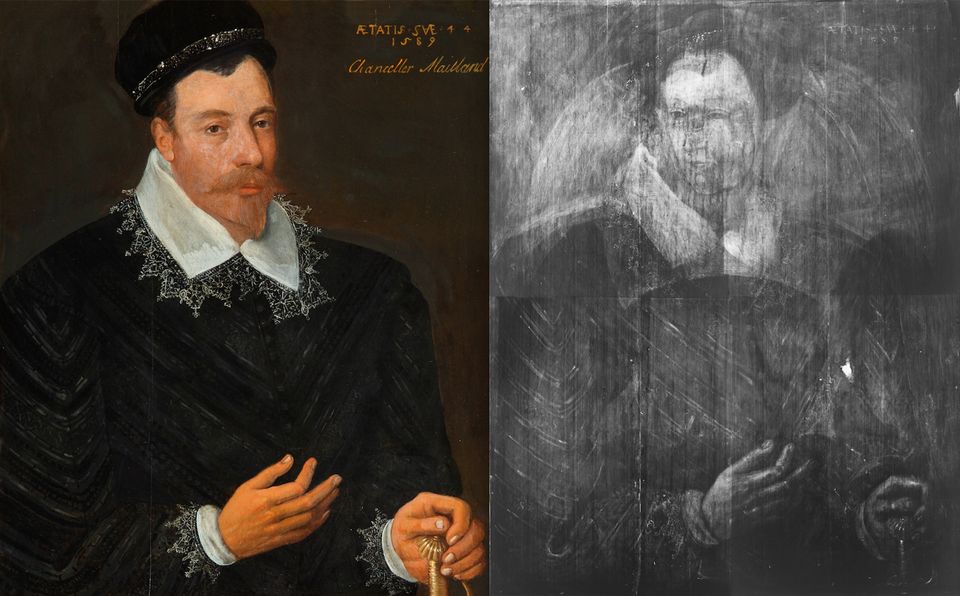 A painting believed to be a rare portrait of Mary, Queen of Scots has been discovered during a research project by the National Galleries of Scotland (NGS) and the Courtauld Institute of Art.

The painting was found beneath a 16th-century portrait of Sir John Maitland, 1st Lord Maitland of Thirlestane, attributed to the Dutch artist Adrian Vanson, who was working in Scotland at the time.

Using X-radiography, a technique that penetrates layers of paint but cannot pass through particles containing heavy metals, such those in lead paint, the Courtauld’s conservator Caroline Rae saw what looked like the figure of a woman underneath the portrait.

“Mary, Queen of Scots’s great beauty and untimely and tragic demise have made her a figure of fascination for the public and scholars alike,” Rea tells The Art Newspaper. “Very few contemporary portraits of Mary painted during the time of her captivity survive. We know from documentary evidence that Mary was able to commission and circulate these to supporters in this period.”

The subject is wearing a wire cap and square necked gown, with her head tilted to the left and her hand at her hip, similar to other portraits of Mary made at the time.

Mary, Queen of Scots was dogged by controversy throughout her life. She was imprisoned of 19 years by her cousin Queen Elizabeth I in 1568. Elizabeth, an Anglican monarch, eventually put Mary to death for a treasonous Catholic plot to kill her. The painting that covers the possible portrait was painted over two years after Queen Mary was killed.

The research project that resulted in the discovery has been turned into an exhibition, Art and Analysis: Two Netherlandish Painters working in Jacobean Scotland (28 October- 26 January 2020) at the NGS.