Poster House, the first US museum dedicated to the medium, opens in New York

“We don’t want to be an art museum,” the director says 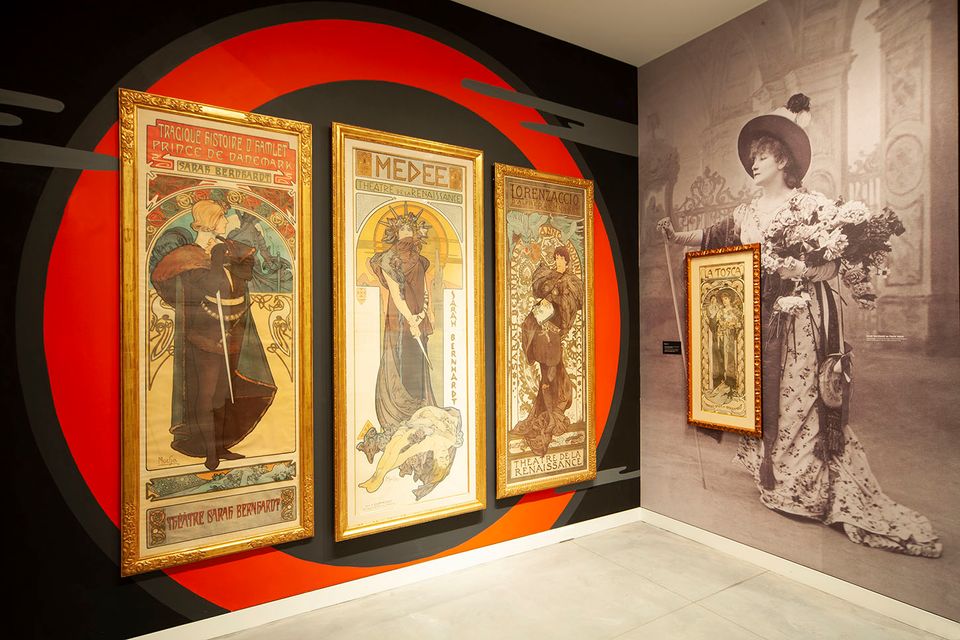 The first US museum dedicated to historic and contemporary posters, Poster House, opens to the public today in New York in a 15,000 sq. ft, street- and basement-level venue (once the home of the beloved computer service shop, Tekserve). “We don’t want to be an art museum,” says the director Julia Knight, who established the privately funded museum in 2016 with its president, the painter Valerie Crosswhite. “Even though there is clear artistry and beauty here, we still consider this design.”

A poster is “trying to talk to you in three seconds or less, and I think that already puts it in a separate league from most fine arts, that are meant to be contemplated and studied”, Knight says. “These were really meant for that immediate impact.”

The museum so far has a collection of around 7,000 international posters, from the medium’s beginnings in the 1870s to recent campaigns. It primarily acquires objects with exhibitions in mind, says the museum’s curator, Angelina Lippert—who defines the poster as “as a public-facing notice meant to persuade”—and is now buying fashion advertising aimed at a male audience for a future exhibition on men’s fashion.

The major inaugural exhibition, Alphonse Mucha: Art Nouveau / Nouvelle Femme (until 6 October), a loan show, is the first New York survey of the ground-breaking Art Nouveau artist and graphic designer since the 1920s. It is divided into three main sections that explore Mucha’s relationship with one of his primary muses, the French actress Sarah Bernhardt; the way he changed product advertising, particularly in Europe; and in a smaller basement gallery, decorative panels, including his elegant, allegorical depictions of the four seasons.

“We are a design museum and so we want to use our exhibition design prominently, but also to draw attention to certain design elements,” Knight says of the bold presentation, organised by Poster House’s design director Ola Baldych, which includes brightly coloured-walls and motifs pulled from the works. Posters “were competing in the streets” for attention, she adds, and were intended “to be put up on the street for two weeks, and we’re going to put it in a white-box space—how do we rectify that?”

A smaller inaugural show, Designing Through The Wall: cyan in the 1990s (until 6 October), looks at the colourful, technically innovative work of by cyan, a design group in East Berlin formed shortly after the fall of the Berlin Wall. “In contrast to [the Mucha] show, we wanted to do something really speaking directly to that design community,” says Knight. The questions in the exhibition are more about process, she explains; the complex works have text on top of saturated colour layers over photographic backgrounds. “Professional printers have looked at [cyan’s work] and [said]: this is bonkers for that period,” says Lippert, who interviewed the artists in her research for the show—largely because there is so little written on the innovative group.

Poster House has a mandate to have at least one “female-focussed” show each year. “We’ve taken a broad view on that, because to be honest, there are not that many female poster designers,” Knight says, although the museum has recently acquired works by women including the US designer and artist Cheryl Miller. “We’re not just [showing] posters by women, but also posters advertising to women, posters about female-focussed topics.” Lippert points out an “amazing” acquisition from last year of the first poster to advertise tampons.

This autumn, Poster House will stage Three Years Later: the 2017 Women’s March & Where We Are Today, with posters from the event that they have recently acquired (17 October-5 January 2020). “I would say that the women’s march posters are amateur design,” Knight says. “They’re very much still for a purpose, and they’re trying to make them speak as loudly as possible.”