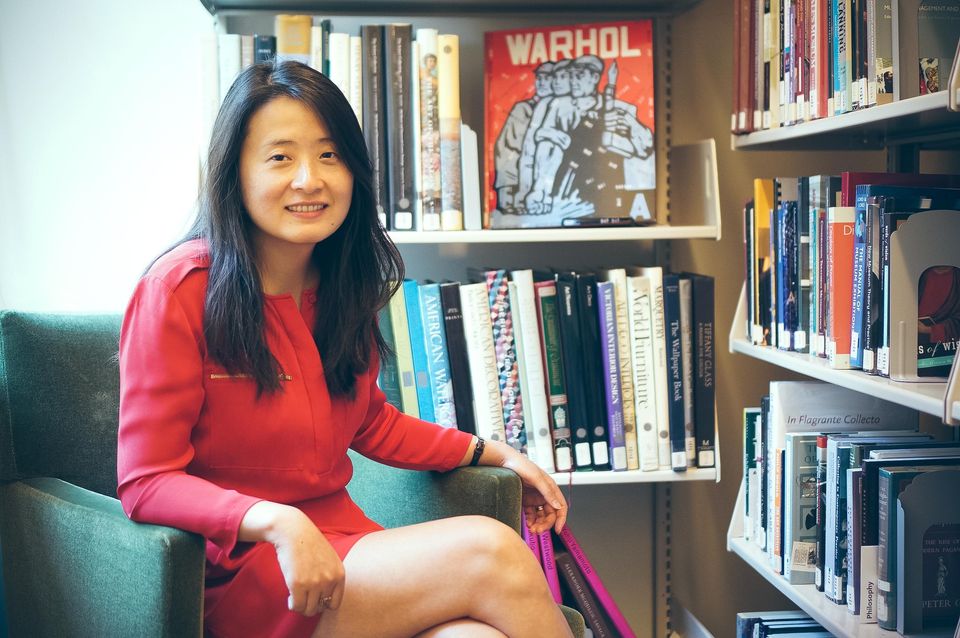 Kejia Wu, the author of the Tefaf Art Market Report on the Chinese art market Courtesy of Tefaf

Some of China’s most influential private collectors reveal how much they have spent and what they plan to collect in the latest Tefaf art market report published today as the 32nd edition of the Maastricht fair opens to the public (16-24 March).

The research also highlights that without a tax benefit system in place for cultural philanthropy efforts, a number of private museums in China will have difficulty surviving over the next ten years.

The report's author Kejia Wu, a professor at Sotheby’s Institute New York, outlines the development of the art market in China over the past four decades. “How did the art market in China accomplish such rapid growth? Was this an organic process? Is this a speculative bubble? For many outside observers, the drastic changes that have occurred over the past 40 years remain mystifying,” she writes in the foreword.

China now has around 5,000 museums, of which around 1,500 are privately run. Asked why they opened private museums, the collectors canvassed are candid. “It was good for my collection. It is easier to acquire high-quality works as an institution,” says Qiao Zhibing, the founder of TANK Shanghai. Qiao’s collection of Western and Chinese contemporary art—much of which is now on show at his four-storey karaoke club Shanghai Night—will soon get a dedicated space, to be called Tank Shanghai, on the West Bund cultural corridor on the banks of Shanghai’s Huangpu river.

“Our focus now is the construction: to complete building the museum [another focus is to organise exhibitions]. And the Central Academy of Fine Arts [in Beijing] wants to work with us to launch a research centre, to conduct research on art museums or on contemporary art,” Qiao adds.

Meanwhile, Jenny Wang, the chairman of the Fosun Art Center in Shanghai, says: “There are some private art museums that are more focused on promoting the owners’ private art collections…. we don't emphasise our own private collection. Instead, what we are most interested in is the interaction between the content of our art programmes and the public.”

Asked how much they spend on an annual basis, Zheng Hao, the founder of the How Art Museum in Shanghai says around RMB30m or RMB40m ($4m-$6m) in addition to the rent. Liu Yiqian, the founder of Shanghai’s Long Museum, says he pays some volunteers salaries and hires “dozens of security guards…if we add all these expenses together, including organising exhibitions, the annual loss is about RMB40m ($6m).”

Jenny Wang adds that “breaking even is a problem… all the private museums face this. I think it is very hard.” Zheng Hao says that he is exploring the possibility of establishing an independent art foundation over the next ten years with the aim of achieving “financial independence” (his plan involves trying to push for a “break-even model”). Almost all the collectors questioned say that finding and keeping new talent is especially difficult.

Kejia Wu also highlights over four chapters other key areas such as the impact of domestic auction houses, such as Duo Yun Xuan, which launched in the 1990s in China, marking the transition of the art trade from a government-controlled planned economy to a more capitalist market.

The final part of the analysis, entitled Future Outlook, highlights that an increasing number of younger-generation high-net-worth individuals will begin to collect art. “They will become more active in the primary market than in the secondary market. The purchase of Western art will continue to expand,” Wu concludes.

“Among those born in the 1980s, for example, a group of people are collecting works by KAWS. They could be under peer influence, they might follow trendy things on Instagram. Many collectors born in the 1980s don't have the language barrier [of speaking only Chinese], so they can connect with the international market and get information easily,” she says.

There are still challenges though. The “heavy tax burden” of bringing works made overseas into China and the difficulties of converting the RMB into foreign currencies need to be resolved if the market is to be sustainable.

The introduction notes that authorities in Beijing reached out to Tefaf in 2011 to explore the possibility of establishing the first major international art fair in mainland China in partnership with Sotheby’s and Beijing GeHua Art Company. “Despite the best efforts of all parties to make this happen, ultimately there proved to be too many obstacles at the time to ensure that this would be a commercially viable venture,” the report says.