Waters "would not have come within four metres of the entrance" of the future site, president says 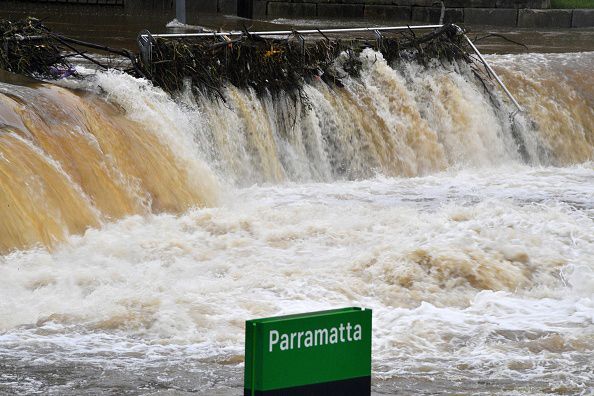 The Parramatta river flooded on 22 March as Sydney braced for its worst flooding in decades Photo: Saeed Khan/AFP via Getty Images

Torrential downpours across New South Wales in Australia this weekend rekindled anxieties that the future second outpost of the Powerhouse Museum on the banks of the Parramatta River in Sydney is under threat of severe flooding.

The flooding of the Parramatta River adjacent to the site prompted the Powerhouse to issue a statement today in which Peter Collins, the president of the Powerhouse Trust, said that the water would not have come within four metres of the entrance to the future Powerhouse Parramatta.

“What the weekend demonstrates is that our new museum is positioned well above even the rarest of flood events,” Collins said.

“Powerhouse Parramatta will be a very safe building for people to visit and for the collection to be exhibited. We have the world’s best engineers ensuring every detail of the design puts the welfare of visitors and collections first.”

But David Shoebridge a Greens member of the New South Wales parliament and part of the Upper House committee inquiring into the Powerhouse’s plans, says the weekend incident was “nowhere near a one-in-a-hundred-year flood event, which would be about five to ten metres above where we are seeing this water already”.

“The people of Parramatta deserve a world class museum that will be safe to go to when it rains,” Shoebridge said. 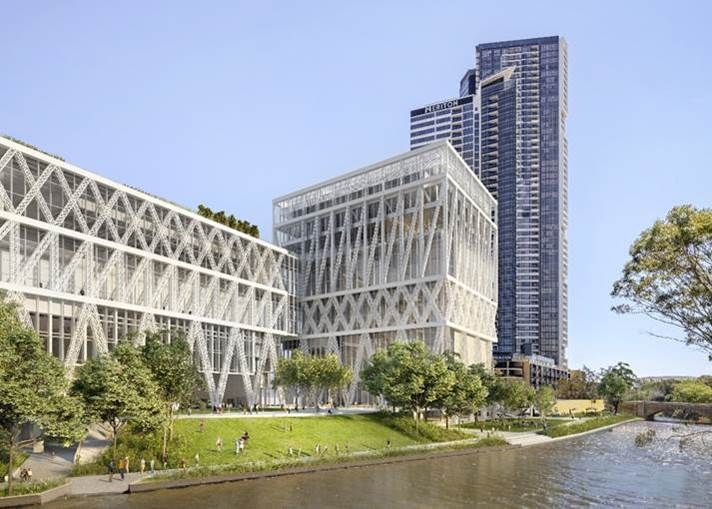 A spokeswoman for the North Parramatta Residents Action Group says the new museum should be built 900 metres along the river on a 26-hectare riparian site which is not flood prone and whose numerous colonial-era buildings would lend themselves to use as artists’ studios and the like.

The Powerhouse statement said analysis by international engineering and flood specialists ARUP indicated the weekend flood water “would have only just entered the riverfront undercroft, an area underneath the museum not used by the public that is built into the design to allow the passage of flood water”.

ARUP’s David Harding added that the company’s analysis showed “it would take a river flood event worse than any ever recorded for river flood water to get into the ground floor of the new museum”.

In 2018, the NSW state government unveiled a controversial plan to relocate the Powerhouse Museum—part of the Museum of Applied Arts & Sciences—from central Sydney to the western suburb of Parramatta, despite widespread criticism and a parliamentary inquiry. At a cost of A$1.2bn ($890m), the relocation was set to be the most expensive and complex museum move anywhere in the world. It would have meant demolishing the museum, which opened in 1988 in Ultimo, central Sydney, and seven historic buildings in Parramatta, 23km to the west, to make way for a new museum due to open in 2023.

Last year, as a result of the Covid-19 pandemic, the government cancelled the relocation, opting instead to keep open the museum in central Ultimo and build a second, new “world-class” facility to in Parramatta.