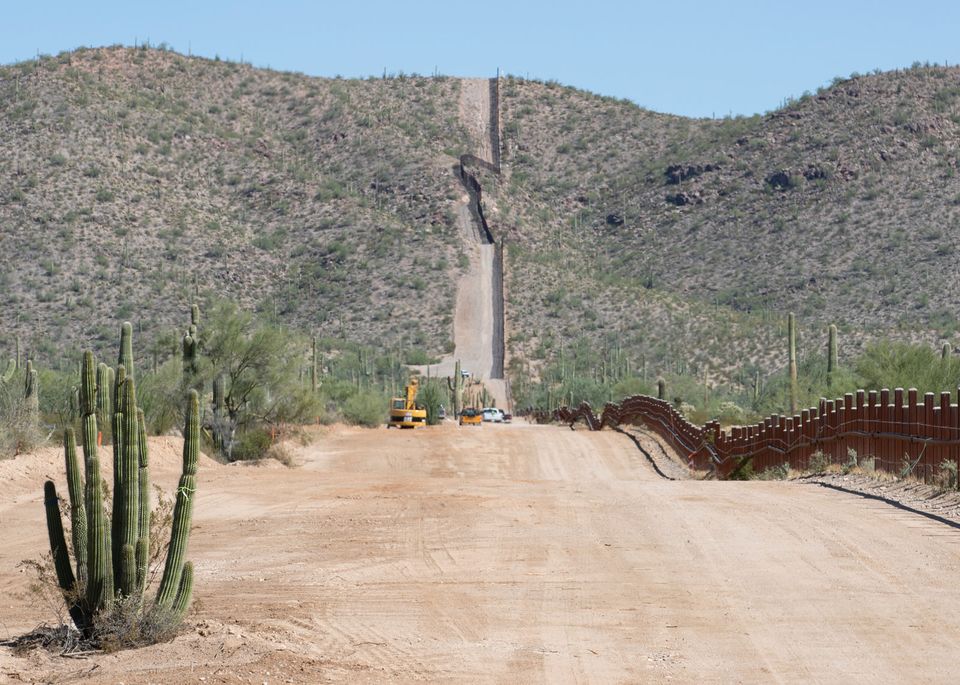 Preparations for the building of the border wall at the site on the Arizona-Mexico border Photo: Jerry Glaser

Construction crews building US President Donald Trump’s border wall with Mexico are blowing up a mountain in Arizona that contains Native American burial sites. In the first week of February, US Customs and Border Protection confirmed to the news website The Intercept that “controlled blasting” had begun “in preparation for new border wall system construction within the Roosevelt Reservation at Monument Mountain”. The agency added that the blasting “will continue intermittently for the rest of the month”.

The area, part of the Organ Pipe Cactus National Monument, is the ancestral homeland of the Tohono O'odham Nation. It is also a Unesco-recognised national reserve. Raúl Grijalva, a Democratic congressman, described the destruction as “sacrilegious” and told The Intercept that the government had failed to consult tribal leaders before starting construction work in the national park.

“We have inhabited this area since time immemorial,” Tohono O'odham chairman Ned Norris Jr told the Arizona Republic. “They’re our ancestors. They’re our remnants of who we are as a people, throughout this whole area.” Environmental groups also warn of the damage being done to the eco-system and migrating wildlife.

The Trump administration has waived several laws, including ones that protect Native American graves, to build the border wall. “It’s been really frustrating,” Grijalva told The Intercept. “You would think that in a situation like this, that involves human remains, burial sites, bone fragments that are traced and dated a thousand years or more back, that there would be some sensitivity on the part of Department of Homeland Security and the administration. There is none.”

In September, the Washington Post obtained an internal report by the National Park Service which warned that construction of President Trump’s border wall would put as many as 22 archaeological sites in jeopardy at Organ Pipe.