Sworder's auction house is selling the work, which is one of many by the Romantic painter depicting the area around Dedham Vale where he grew up 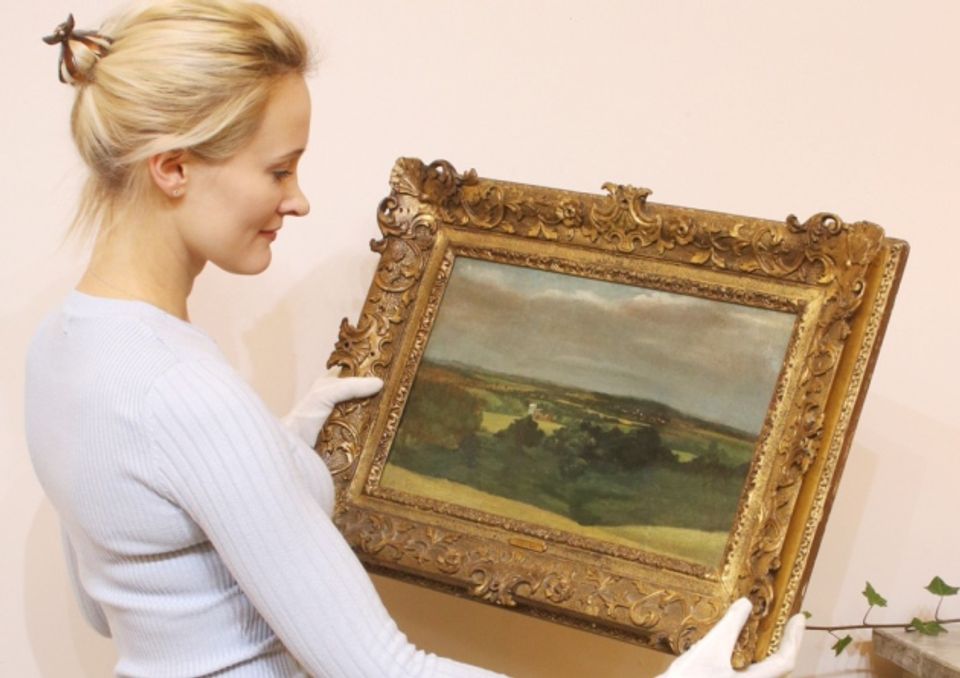 So frequently did John Constable paint the landscape of Dedham Vale, a winding stretch of river and watermeadow in the east of England, that the surrounding area is often referred to as "Constable country".

And now this well-known vista has gained yet another notable depiction, after a previously unrecorded oil sketch has been attributed to the Romantic painter. The work will go on sale at the Essex-based auction house Sworder's next month with an estimate of £100,000-150,000.

Dedham Vale with Brantham Mill (around 1809-10), which measures at 26.5cm x 43.5cm, was initially dismissed as a fake by a "leading London auction house", according to a statement released by Sworder's. But after the work was inspected by the Constable expert Anne Lyles, it was deemed the real deal.

Lyles cites "strong tonal contrasts and a fairly even application of paint" as well as Constable's "personal shorthand" of using white flecks of paint to denote buildings in the distance as markers of the painting's authenticity.

Sworder's also points to the work's provenance as proof of its legitimacy. Records show that it was handled by the Legatt Brothers, local dealers who had a close link with the Constable family and sold a large quantity of sketches in oil, watercolour and pencil in the late-19th and early-20th centuries, which suggests that the work came from either Constable or a relative. 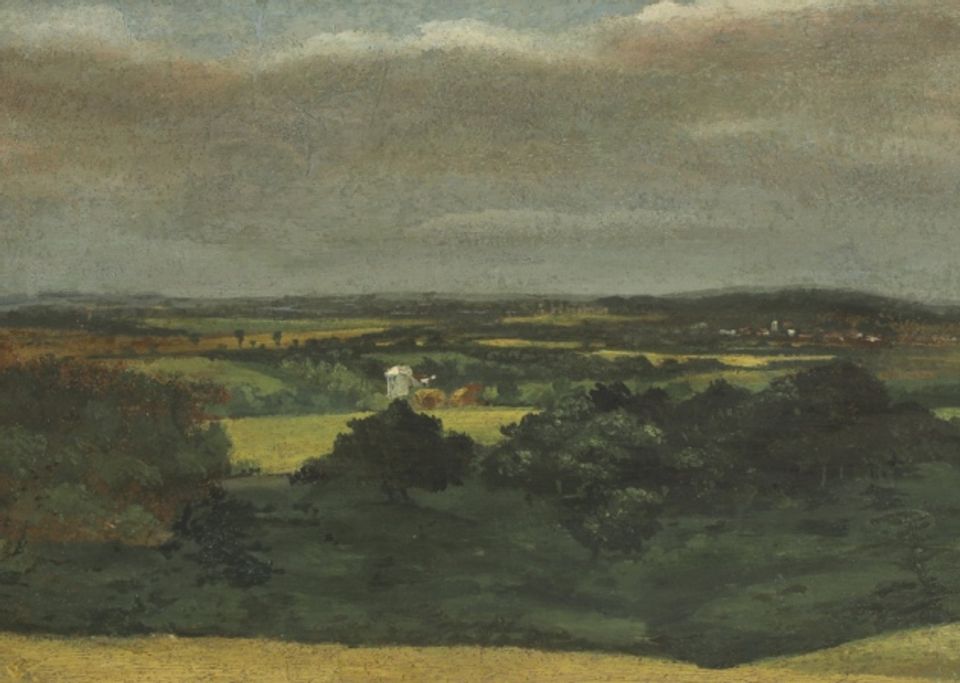 Dedham Vale with Brantham Mill (around 1809-10) Courtesy of Sworder's

The newly attributed painting depicts the valley, which borders the counties of Essex and Suffolk, from the Suffolk side, looking westwards. It is most likely a sketch for Dedham Vale, Morning (1811), which was exhibited at the Royal Academy of Arts in London and is now held in a private collection.

A weatherboarded windmill is visible in the middle distance of the work. Charting the depicted landscape on an ordinance survey map, it can be identified as Brantham mill, which was owned by Constable's father, the wealthy corn merchant Golding Constable.

Other notable paintings by Constable of Dedham Vale include paintings made in 1802 and 1828, which are held in the Victoria and Albert Museum in London and the Scottish National Gallery in Edinburgh, respectively.