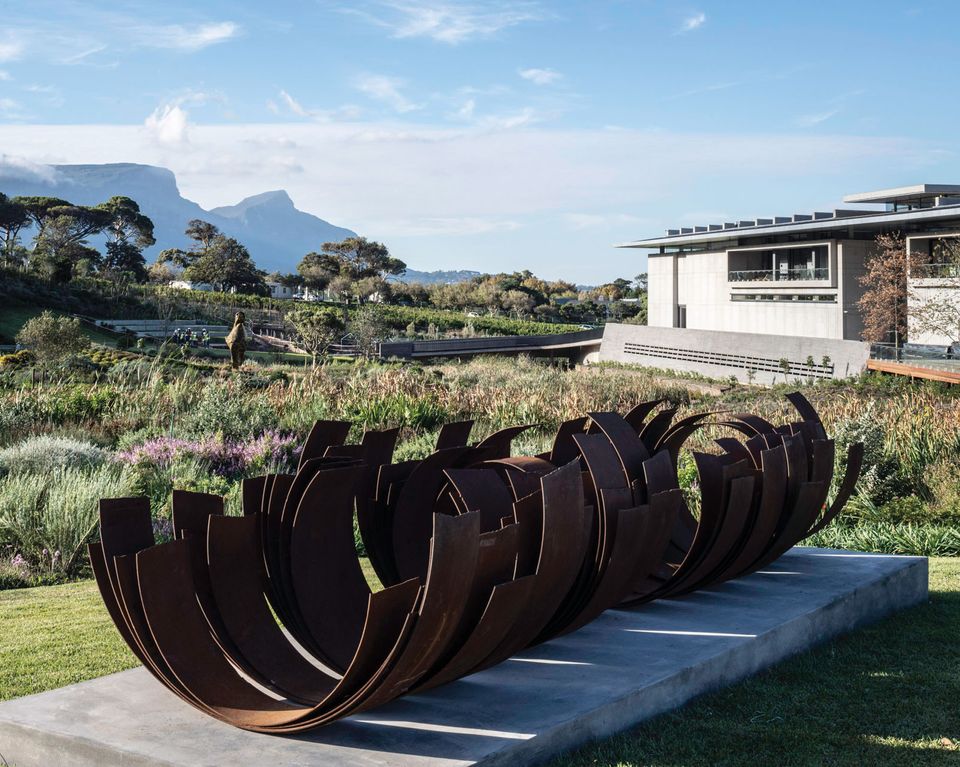 Seven months after the launch of Zeitz Mocaa, Africa’s first major museum of contemporary art, Cape Town will gain another ambitious private institution. The Norval Foundation is due to open on Saturday (28 April) in a 10,500 sq. m building designed by South Africa’s DHK Architects, on the vineyard-dotted slopes of the Tokai suburb near Table Mountain.

The venue, which includes a sculpture park and a nature reserve, will show contemporary and Modern South African art, as well as work by international artists who are “engaged with what is happening here”, says its Canadian-born chief curator, Owen Martin. He left Zeitz Mocaa, where he was the registrar and then the curator of the moving image, to join the new gallery. 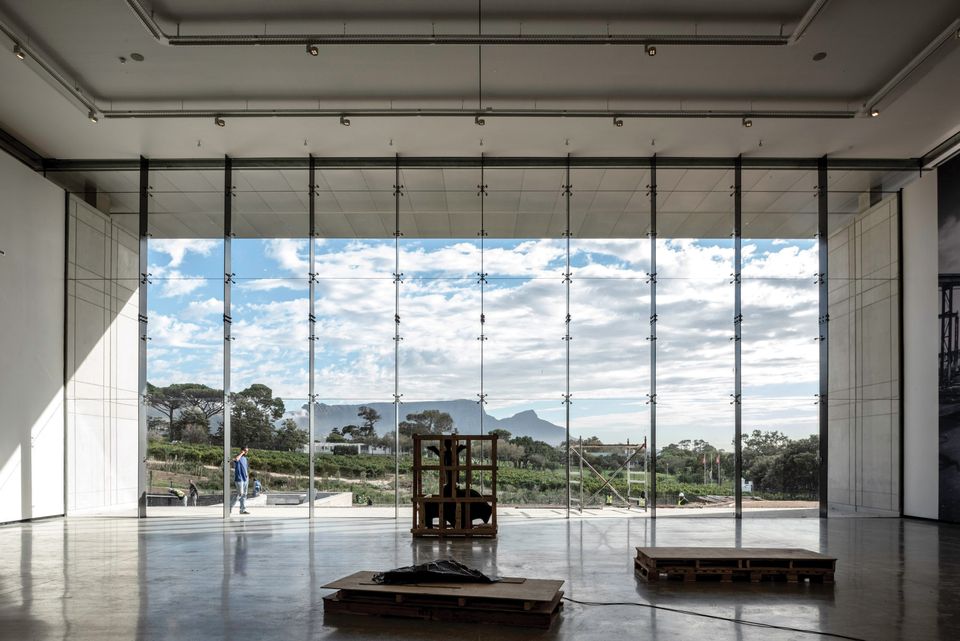 Another Zeitz defector is Elana Brundyn, who served as its director of institutional advancement and external affairs, and is now the executive director of the Norval Foundation. She had always intended to leave Zeitz Mocaa after the opening and planned to “lie on the beach for six months”, she says. But when she saw the foundation’s new building and surrounding gardens, she “was persuaded to join”.

The gallery has been entirely financed by the South African property investor Louis Norval. He would not be drawn on the cost of the project so far but says he will continue to provide funding until it is self-supporting. “I’m establishing a capital fund and I hope this will sustain the museum within three to five years,” Norval says. Further revenue will come from the restaurant, bar and shop, as well as admission fees six days a week (ZAR140 or $11.60 for adults, and free for under-18s; Mondays will be free for all).

Norval and his family have been collecting South African art for 20 years and in 2010 started to think about “how we could make a difference through art”, he says. “I felt there was a big hole in society—arts education [in South Africa] is very much lacking.”

Norval acquired the nearly 12-acre plot of land for the foundation in 2011, “before Jochen Zeitz [the German entrepreneur and collector behind Zeitz Mocaa] even considered opening a museum”, he says. But he stresses that the family is “a minority” on the governing board and that he “will not interfere in the running of the space”. He says: “There is no requirement or expectation that it should show art from my collection.” 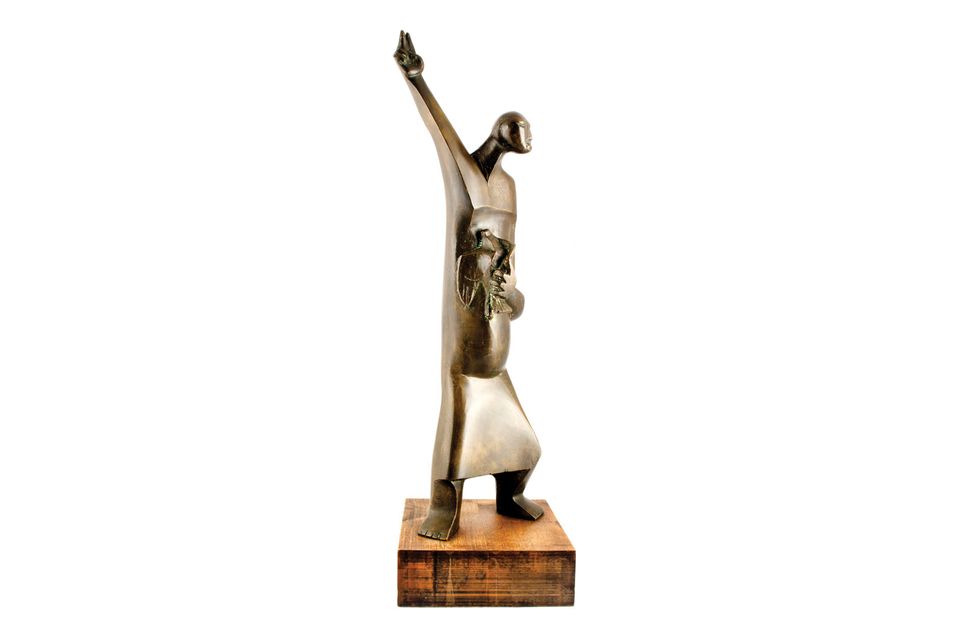 The gallery is, however, opening with a small show of works from the Norval collection focused on spirituality in South African art (until 22 October). It is the first in a planned series of displays drawn from major private collections in South Africa or with a connection to the country, Martin says.

He is organising one of the two main inaugural exhibitions, Pulling at Threads (until 20 August), which consists entirely of loans from other collectors and artists—South African and international—and will consider the “social and political aspects of craft techniques”.

Meanwhile, the foundation’s senior advising curator, the artist and southern African art expert Karel Nel, is staging the first museum show devoted to the South African Modernists Sydney Kumalo and Ezrom Legae (until 10 September). Their bronze sculptures and drawings will be shown with those of their friend, the Italian-born sculptor Edoardo Villa, who spent four years as a prisoner of war in South Africa and then made his home in the country. Norval owns the artist’s estate and is lending many works, while others are coming from public institutions such as the South African National Gallery in Cape Town and the Pretoria Art Museum.

This kind of research into South Africa’s Modern art history is what drew Martin to the foundation. “The chance to learn about this pivotal moment in this region’s visual culture was irresistible,” he says.

In a rare move for a private museum, the Norval Foundation is also embracing performance art. A series of performances around queer and black identities, organised by its adjunct curator Khanyisile Mbongwa, will mark the opening of the space. 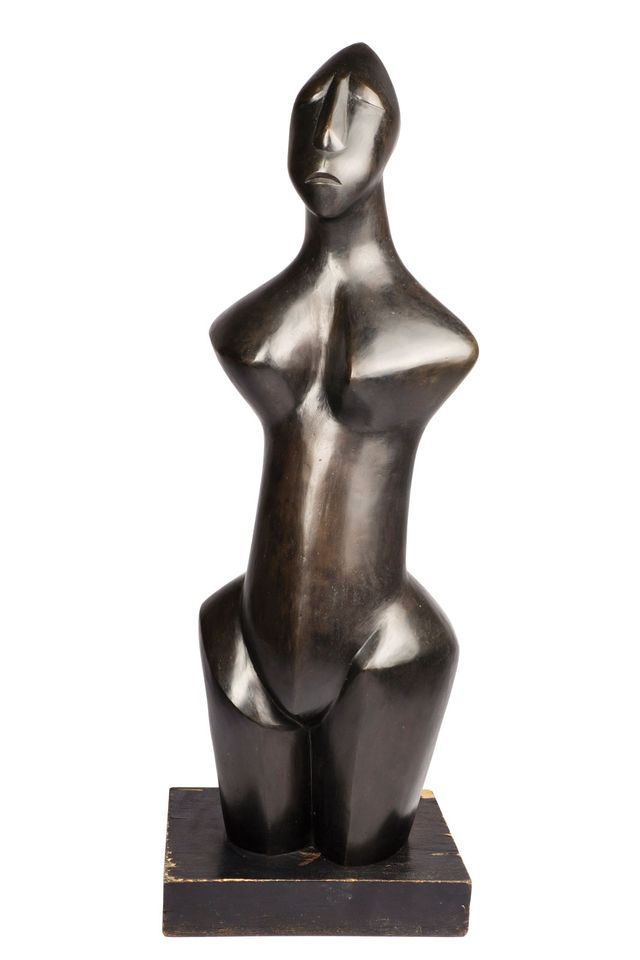