From Basel's finest to the Broad, the institutions that set an example

One of the ways for philanthropists to pull rank in the art world is not just to build an art collection, but to show it in a dedicated, possibly starchitect-designed private museum. Basel is home to two shining examples: the Renzo Piano-designed Fondation Beyeler and the Schaulager, a super (art) store designed by Herzog & de Meuron for the Laurenz Foundation. Such privately-owned, publicly accessible spaces are increasing worldwide—three-quarters of the 236 institutions listed in the BMW Art Guide opened since 2000. At the end of May, the Düsseldorf-based collector Julia Stoschek opened her satellite in Berlin.

Such spaces and Sammlungen get their share of criticism, ranging from being short-lived vanity projects, to getting undeserving tax breaks when public access is limited. US senators have been scrutinising 11 non-profit foundations set up by collectors, including ones on or near their private property. The reality is more nuanced. The best private museums share their collection with a wide public and other institutions. The Julia Stoschek Collection and Sweden’s Moderna Museet work in partnership to organise film and video exhibitions, for example. The Beyeler and Schaulager, among others, organise ambitious exhibitions that are beyond the budget of many publicly-funded galleries. Private museums have also been a boon to the market—this week galleries at Art Basel and its satellite fairs will be hoping to sell to their founders and their curators. 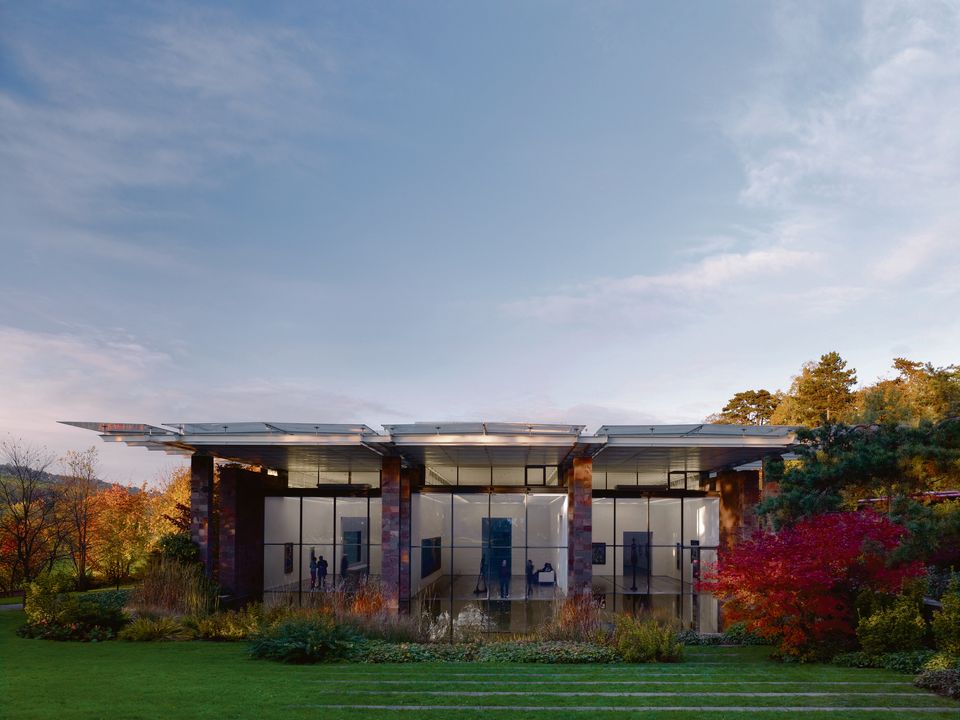 Made by the market: Fondation Beyeler, Riehen, near Basel Like the Fondation Maeght in St-Paul-de-Vence, France, the Fondation Beyeler is a leading private museum founded by husband-and-wife art dealers. The bookseller-turned-gallerist Ernst Beyeler borrowed heavily in the early 1960s to trade art, going on to collect 20th-century market favourites, with some personal taste thrown in. Among the collection’s 200 works are several late Picassos, Alberto Giacomettis and works by Mark Tobey, who was a personal friend of Ernst and Hildy Beyeler.

The gallery, designed by Renzo Piano and which opened in 1997, should reassure those concerned that a private museum can only last as long as the collectors behind it. Hildy Beyeler died in 2008, and Ernst in 2010, but the foundation, now led by Sam Keller—previously Art Basel’s director—is Switzerland’s most visited art museum. It is open to the public 365 days a year and has plans to expand.

Creative storage: Schaulager, Basel The Laurenz Foundation’s Schaulager in a Basel suburb shows how storage can be beautiful. It was founded primarily to house the now 1,000-strong collection of the Emanuel Hoffmann Foundation, whose 1933 deeds specify that its avant-garde works—from the 1920s to the present day—are made “publicly visible”. While the museum is open to the wider public only when it hosts an exhibition (generally for a few months once a year), since 1941 its works have been available to Basel’s Kunstmuseum. Since its 2003 opening, the Schaulager’s works have also been displayed across three floors in a vast Herzog & de Meuron-designed building (7,044 sq. m). Researchers—including art history students, artists, museum professionals, restorers and schools—have access to the Schaulager throughout the year. Highlights from the pharmaceuticals family’s collection include pieces by Joseph Beuys, Katharina Fritsch and Bill Viola. Collecting continues through the founders’ granddaughter, Maja Oeri. 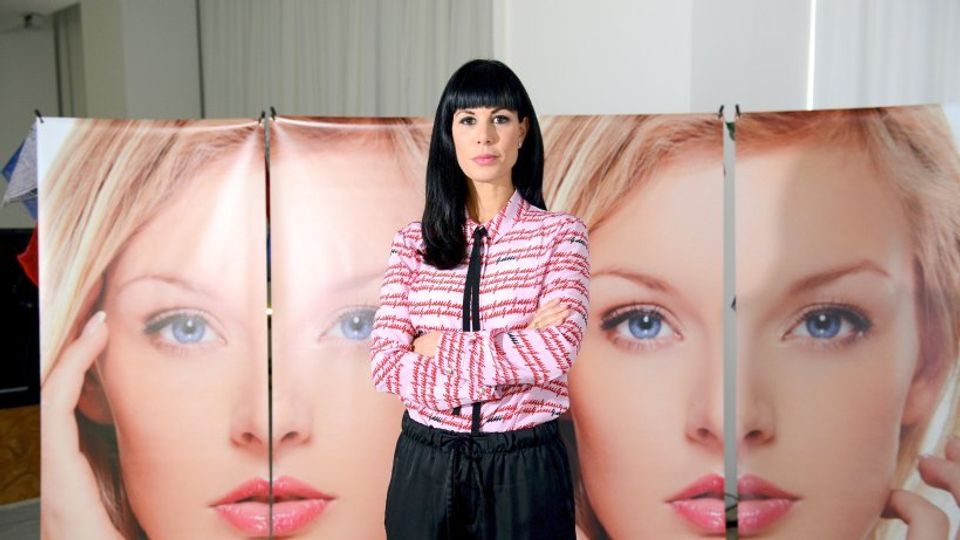 Moving images: Julia Stoschek collection, Düsseldorf, and now Berlin Everything about Julia Stoschek screams “young”. She was in her 20s when she began buying mixed media art and in her 30s when she opened a private museum in Düsseldorf in 2007. Her 700-piece collection—which focuses on the moving image—seems most relevant to a 21st-century audience. And with a reported 15,000 visitors a year, she seems to be onto something that perhaps the more conservative public museums cannot provide. Last month, Stoschek, a shareholder in her family’s automotive parts business, became one of a handful of private museum owners to run a second space when she opened in Berlin. If two spaces in one country seems excessive, it is worth remembering that Germany has the largest recorded number of art collectors in Europe and, according to the latest BMW Art Guide, the highest number of private museums in the world (62). The Düsseldorf space is open to the public at the weekends; the Berlin space is open Thursday to Sunday afternoons.

Social responsibility: Fondazione Sandretto Re Rebaudengo, Turin Private museum founders often cite a social responsibility to their community. While this can ring hollow, the tireless Turin collector Patrizia Sandretto Re Rebaudengo is an example of how this can work in practice. When she founded her space in 1995, there were very few other places to see work by young artists in Italy. The museum now works with more than 20,000 students a year—who are encouraged to talk to the visiting public about the 1,000-plus collection of contemporary art. The foundation also supports artists-in-residency programmes, conservation projects and curator training programmes. Re Rebaudengo is a great collaborator, and is at the heart of many private museum networks, within Italy and internationally. Her latest joint venture is with Shanghai’s private Rockbund Art Museum, which is organising an Asian art exhibition in her space in Turin in 2017 and in 2018 will show works from Re Rebaudengo’s collection. 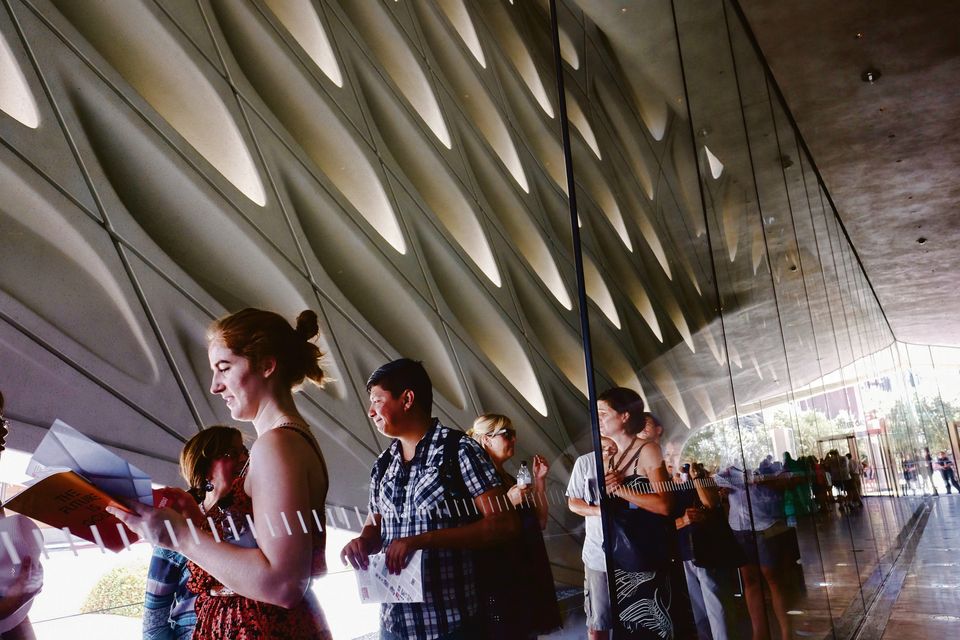 As public as private can be: The Broad, Los Angeles Private museums are often criticised for taking art that would otherwise be in public collections and there was some disappointment when the US billionaire investor Eli Broad and his wife Edythe decided to open their own blue-chip contemporary art museum as well as funding the Eli and Edythe Broad Art Museum at Michigan State University, East Lansing, and the Broad wing at the Los Angeles County Museum of Art. The 2015 opening of their 120,000 sq. ft, $140m Diller Scofidio + Renfro-designed museum on Grand Avenue to show works drawn from their 2,000-plus collection by more than 200 artists largely calmed the critics, not least because of the couple’s overarching commitment to the Los Angeles public. The Broads’ investment in their city’s cultural life these past 53 years cannot be in doubt. Their foundation’s art-lending programme (referred to as its “library”) of works to institutions worldwide keeps them on the side of the angels. Plus, at a time when the US authorities are scrutinising the public nature of private museums, The Broad ticks the right boxes: it is free and open six days a week.

Behind the scenes: Draf (David Roberts Art Foundation), London It is difficult not to see private museums as the ultimate vanity project for collectors but many, including the Scottish property developer David Roberts, seem happier behind the scenes (it is a rare modesty to use your initials rather than your name for your space). His primary reason for founding Draf in 2007 was that he needed the space—and felt that donating works to a public museum did not guarantee they would be on view. Roberts has a flexible approach to Draf’s exhibitions, now shown in a 1,100 sq. m space in London, and puts huge trust in his curatorial team. Some shows are entirely drawn from his collection of around 2,000 contemporary works; others include relatively few pieces—or even none (loans are on show instead). The space now has an area dedicated to performance, an increasingly distinct part of Draf’s programme. It is open to the public Thursday to Saturday afternoons.