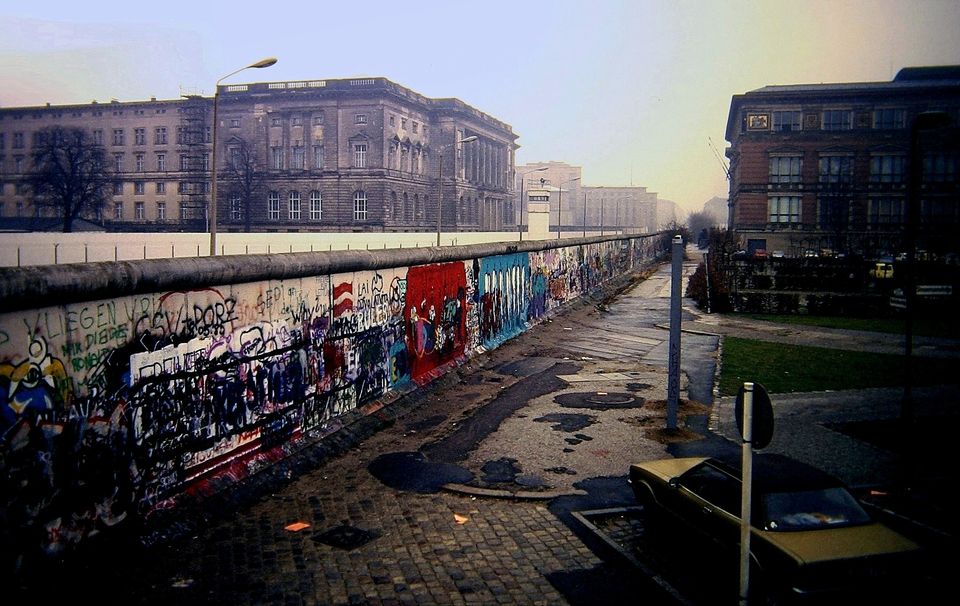 A section of the Berlin Wall at Niederkirchnerstrasse, Berlin-Mitte, in 1988 Roland Arhelger via Wikimedia

The organisers of the culture festival Berliner Festspiele are in discussions with the city authorities in Berlin about building a fake Berlin wall in the heart of the capital. The wall reconstruction will stand on the Unter den Linden boulevard from 3 October, the anniversary of reunification, to 9 November. The replica piece will be destroyed after the event. A spokeswoman for Berliner Festspiele tells The Art Newspaper: “We cannot confirm the project. A press conference announcing more details will be held shortly.”

The project is part of the controversial ongoing film and performance project Dau by the Russian director Ilya Khrzhanovsky, which is thought to be a biopic of the Soviet physicist Lev Landau. The work was launched in 2009; the artist Marina Abramovic visited the set in 2011 for a spread in Garage magazine. Khrzhanovsky could not be reached for comment.

The German minister of culture, Monica Grutters, is quoted in the German B.Z. newspaper, saying that she is “absolutely convinced this will be a world event”. According to the Berliner Festspiele's press release, aspects of living in the former East Berlin will be recreated inside the built compound, reflecting the way of life in a totalitarian state.